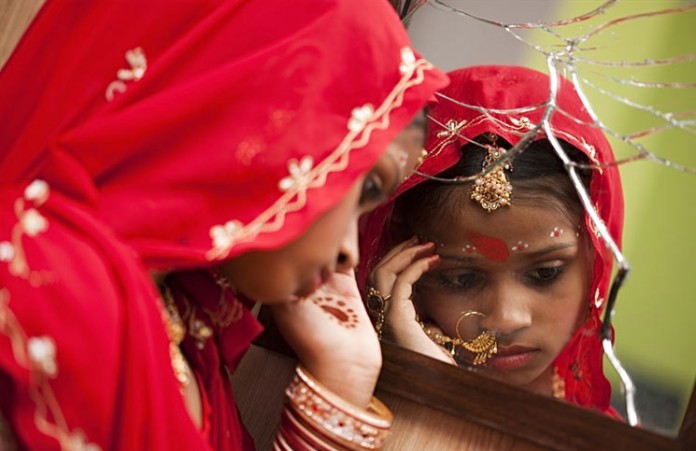 Child marriage as a practice is not new to Indian society and culture. Child marriage can be defined as a marriage solemnised between two people where the female is below the age of 18 years, and the male is below the age of 21 years. Child marriages usually take place in rural areas where illiteracy and poverty are widespread. Many factors effectuate child marriages such as ignorance, social customs and traditions, low level of education and considering women as a financial burden. Child marriages have their own repercussions such as health problems to women due to early age pregnancies, further deterioration in the status of women and a vicious cycle of gender inequality ensue. Keeping this in mind, the British government enacted the Child Marriage Restraint Act, 1929 which was the first secular law towards curbing the menace of child marriage. However, it did not make the marriage void by itself. It only prescribed punishments for an adult male who married a minor and the parents who promoted such marriages. However the punishment was very less, and the fine was of a very small amount. The Act was amended now and then to increase the age limit. However, it largely remained a dead letter and failed to achieve its objective. According to the report “Improving Children’s Lives, Transforming the Future — 25 years of child rights in South Asia” by the United Nations’ children agency, UNICEF, India has the second highest number of child marriages with 43% of women aged 20-24 were first married by the age of 18 between 2005-2013.[1] 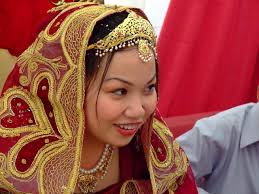 Provisions of the Prohibition of Child Marriage Act, 2006

As a result of the ineffectiveness of Child Marriage Restraint Act, 1929, a new legislation to replace it was enacted in the form of Prohibition of Child Marriage Act, 2006. The Act envisages preventing child marriages with enhanced punishments of rigorous imprisonment for two years and/or fine of INR 1 lakh. It defines a child to mean a male below 21 years and female below 18 years. A minor is defined as a person who has not attained the age of majority as per the Majority Act. There are provisions for maintenance of the girl child. The husband is liable to pay the maintenance in case he is a major. In case the husband is a minor, his parents would be liable to pay the maintenance. The legal status of a child marriage is voidable at the option of the parties. However, if the consent is obtained by fraud, deceit or if the child is enticed away from his lawful guardians and if the sole purpose is to use the child for trafficking or other immoral purposes, the marriage would be void. The Act also provides for the appointment of a Child Marriage Prohibition officer whose duties are to prevent child marriages and spread awareness regarding the same.

Under PCMA, the marriageable age for a female is 18 years and for a male, it is 21 years. A decree of nullity can be obtained by a girl who has entered into a child marriage within 2 years of attaining the age of 18 years.

Under the Hindu Marriage Act, only the parties to a child marriage are punishable even if they did not consent to the union. There are no provisions for punishing the parents or people who solemnised the marriage. A girl can get the marriage annulled only if she was married off before attaining the age of 15 and she challenges the marriage before turning 18. There is no express provision to prohibit child marriage per se.

Muslim law is not codified in India. Therefore, its provisions are based on the interpretation of Quran by scholars. Under the Muslim law, there is no bar to child marriage. A guardian has a right to get a child married. However, the couple has ‘option of puberty’ known as khayar-ul-bulugh where they can repudiate the marriage after attaining puberty. However, they must do so before turning 18 and only if the marriage has not been consummated. The age of marriage under Muslim law is the age of puberty which is 15 years. However, marriage before the age of 7 even if contracted by a lawful guardian, is void ab initio.

ICMA provides that a preliminary notice is to be issued 14 days prior to the marriage if the marriage is to be contracted between minors. After the expiration of the said period, the parties can go on with the marriage without the consent of their guardians.

Under Parsi Marriage and Divorce Act (PMDA), a child marriage is invalid. However, the Act is silent regarding age where the provisions for an invalid marriage are listed. Jewish law in India is uncodified. Under it, the marriageable age is the age of puberty which is fixed at 12 years.

The judicial pronouncements have time and again highlighted the superseding effect of secular law over the personal law. However, there are inconsistencies between the judgements of various high courts. The Delhi High Court in Lajja v State[2] held that the PCMA prevails over personal laws. The same was reiterated by Karnataka High Court in Seema Beghum v State[3] in 2013. However in 2014, in the case of Yusuf Ibrahim Mohammad Lokhat v State of Gujarat[4] observed that “According to the personal Law of Muslims, the girl no sooner she attains the puberty or completes the 15 years, whichever is earlier, is competent to get married without the consent of her parents”. This clearly gives the idea that according to the learned judges, the personal laws should be taken as a primary source to decide the cases of underage marriage. In 2015, the Madras High Court declared that PCMA applies to every community and is not against Muslim law. There are no judgements by Supreme Court to settle this point. Thus, the state of ambiguity and irregularity is not resolved yet.