The concepts of E-signatures and digital signatures are results of gaining eminence of revolution of information technology which embarked its journey from the late 18th century. Many states with evolving times have given due recognition to its applicability & operationality in their jurisdictions.

In the US, before the proclamation of the “American Civil War” in 1861, the usage of the Morse Code had been primarily for espionage purposes but was also intended for the enforceability of contracts. The first landmark judgment accepting the enforceability of telegraphic messages as electronic signatures was observed by the New Hampshire Supreme Court.

Thereafter there has been a flurry of modern legislation in western states such as in Canada, US, Russia, China, Australia, New Zealand, Japan, Singapore, UK & gradually all across the globe.

In 1996 the United Nations with a majority passing resolution enacted UNCITRAL Model Law on Electronic Commerce. In 2001, UNCITRAL Model Law on Electronic Signatures was passed which has been adopted by 30 states in their jurisdictions. The most recent step towards the international recognition of E-signature is the United Nations Convention on the Use of Electronic Communications in International Contracts, 2005, which gives the option to the contracting parties to give effect to the agreement by E-signature subject to the condition that a reliable method is used to identify & indicate the intention of the parties.

The first agreement signed electronically by two sovereign nations was a Joint Communiqué recognizing the growing importance of the promotion of electronic commerce, signed by the United States and Ireland in 1998.

What is an Electronic Signature?

It is evident that the cognizance of the concept of E-signature has sprouted in different modern state legislations, giving meaning & moulding its definition to be accustomed to its socio-political structural norms. Below are a few definitions devised by foreign legislative assemblies.

(a) is incorporated into or otherwise logically associated with any electronic communication or    electronic data; and

(b) purports to be used by the individual creating it to sign.

“Electronic signature” means authentication of any electronic record by a subscriber by means of the electronic technique specified in the Second Schedule and includes digital signature.

Digital signature means authentication of any electronic record by a subscriber by means of an electronic method or procedure in accordance with the provision of Section 3, IT Act, 2000.

The recognition of applicability & legal enforceability of E-signature is governed elaborately under varied provisions.

ii. Section 22A: Oral admissions as to the contents of the electronic record are relevant only if its genuineness is not in question.

iii. Section 65B: Admissibility of the electronic record & its contents as original & direct evidence subject to the conditions:

Provisions Recognizing the E-Signature or Digital Signature under the Information Technology Act, 2000

It involves a key, (which acts as a substitute for password) shared with the public (generally with identities of entities of an organization or specific group) in order to verify the signer’s electronic signature. According to Section 2(zd), IT Act, 2000 it means the key of a key pair used to verify a digital signature and listed in the Digital Signature Certificate.

It is one of the oldest & common types of encryption methodology used. It consists of 5 main pillars, integrated into a process, from encryption to decryption of the message:

i.  Plaintext: it refers to the original, simple text, comprehendible to a reasonable man.

ii. Encryption Algorithm: it operates on the plaintext & converts it into an unreadable    format.

iii. Secret key: it converts the scrambled & ciphered text into the Plaintext, as the key holds the information of all the switches and substitutions made to the original plain text

iv. Ciphertext: it refers to the scrambled, jumbled text which is unreadable. It may be in the form of a stream of data, numerals, alphabets, alpha-numerals, characters or a combination of them

v. Decryption Algorithm: it refers to the environment only in which the secret key could perform the decoding function i.e. the substitutions & switches necessary to be done on the Ciphertext in order to convert it into simplified, original Plaintext.

Payment applications, such as card transactions where personal, sensitive information needs to be protected to prevent identity theft, phishing, cheating.

Validating the original identity of the sender.

A. Section 463: Making a false document:

by virtue of it he or she being unaware of the contents of the document or electronic record or the nature of such alteration.

The punishment for making a false document (forgery) under Section 465, IPC, 1860 is imprisonment of a term which may extend to two years, or with fine, or with both.

It states that any person who, fraudulently or dishonestly makes use of

It states that any person who misrepresents or suppresses any material fact from the Controller or the Certifying Authority so as to obtain any licence or electronic signature certificate, as the case may be, shall be punished with imprisonment for a term which may extend to two years, or with fine which may extend to Rupees one lakh, or with both.

(a) The Certifying Authority listed in the certificate has not issued it; or

(b) The subscriber listed in the certificate has not accepted it; or

(c) The certificate has either been revoked or suspended, until & unless such publication is for the purpose of verifying an electronic signature created prior to such revocation or suspension.

It states that any person who knowingly creates, publishes or makes available any electronic signature certificate for any

The US district court observed & explained the concept of the click-wrap agreements. These agreements basically require the click the “accept” button to the “terms & conditions” before entering into a transaction. These sorts of agreements are enforceable because it would then become tedious for the company to engage in litigation with each end-user.

Thus, these types of contracts are generally referred to as “contract of adhesion”, which is based on the complete discretion of the user to enter. The assent that an end-user gives to such agreements is “manifested”, as it involves the user to read through the elaborate scroll of “terms & condition”.

In the context of this case, the court held the contention of the defendant in negative, noting that the “terms & conditions” mentioned on the website was not displayed in desirable -manner, i.e. in large font, all caps, or in bold letters, inconspicuous place, to be easily noticeable. It was merely projected through a hyperlink & doesn’t amount as such of complete disclosure & thereby can’t make the plaintiff bound by it.

Moreover, the defendant didn’t email the or courier the copy of “terms & conditions” to the users, thus further bolstering the argument of insufficient notice to the plaintiffs

Answering the second issue the court held that even though one of the plaintiffs received the reimbursement of “full amount of claim”, it doesn’t qualify as “full refund”, even considering the fact that the credit card company has reimbursed the unauthorized bank charges upon such use to the one of the plaintiffs.

The court has observed the rule for plaintiffs purporting to represent a class, establishes the claims of the case or dispute, none of the plaintiffs can seek relief for himself or on behalf of any other member. Albeit, it may be possible in a punitive class action, if the plaintiff alleges:

This is a landmark case in the field of E-signature, as it helps to resolve a major conundrum.

The plaintiff’s son (Doctor Z) has purchased an insurance policy in the name of the plaintiff (his mother), but as soon as remarried, he changed the beneficiary’s name to his second wife, to other policies as well & soon after which the doctor Z, expired.

The procedure of changing the name of the designated beneficiary can be performed & instructed to the company, General American (defendant) along with the requisite details such as policy number, Social Security number, and mother’s maiden name, upon which the company sends an email confirmation of the change.

It was alleged that someone enrolled in the defendant’s company provided all the necessary information & detailed & maliciously changed the beneficiary’s name to the second wife, thus sending the alert email of confirmation. Be aggrieved by this action, the plaintiff sued for the claim of insurance proceeds, claiming that the company’s security policies were compromised & the defendant can’t make sure that it was the plaintiff’s son who actually signed to validify the change.

The second wife, on the other hand, claimed in the affidavit that she hadn’t made any change.

How to make sure that it was the original signer ‘s signature only affixed on the document?

In the summary judgement & in the court of appeals, upheld the contention of the defendant, laying emphasis to Michigan’s UETA (Uniform Electronic Transactions Act) implementation, observing that an E-signature could be attributed by employing “reasonable means.” They ruled in the favour of defendant on the basis of evidence bundle, that only required service personnel of the company knew about the requisite information for change of beneficiary’s name, an alert email, acknowledgement confirming the change of beneficiary’s name was duly sent, the affidavit of second wife’s denial of any foul-play, overshadowed the claim of the plaintiff, which was not supported by any major evidence.

Moreover, the court observed that in the process of electronic signature reasonably involves sufficiently more security measures & that the process physical signature & E-signature doesn’t differ much.

(i)  Biometric information (photograph, 10 fingerprints, scans of both irises); &

UIDAI, which is stored by the Central Identities Data Repository.

Whether the various mandatory provisions of the Aadhaar Act, 2016 intended for a better governance mechanism to offer varied welfare benefits to the citizens is constitutional on the touchstone of right to privacy?

The Hon’ble Supreme Court with a majority (3:2) ruled most of the provisions of the Aadhaar Act, 2016 serves legitimate aim & thus constitutional not to be violating the reasonable exception of right to privacy which is envisaged as one of the vital rights under Article 21 of the Constitution of India

It formulated a proportionality test to examine as to what constitutes violation of right to privacy, which is any law that is just, fair & reasonable, rather than adopting a strict scrutiny approach. The proportionality test proposes that the laws. The test includes 4 aspects of consideration:

The following provisions were held to be valid:

Secondly, the citizens may be compelled to give consent for using their Aadhaar numbers under “any contract”, in high probabilities exposing it for unjustified purposes. Thirdly, such compulsion to give their ‘free consent’ is likely to be commercially exploited, especially with the mandatory directions of the government of “Know-Your-Customer” (e-KYC) authentication requirements.

iii. The mandatory requirement of linking the PAN with Aadhaar number for filing of IT returns was held to be valid as to sought to achieve legitimate objective of eliminating tax fraud, tax evasion causing loss to the exchequer eliminating multiple identities used for this purpose. 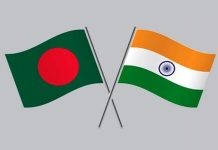