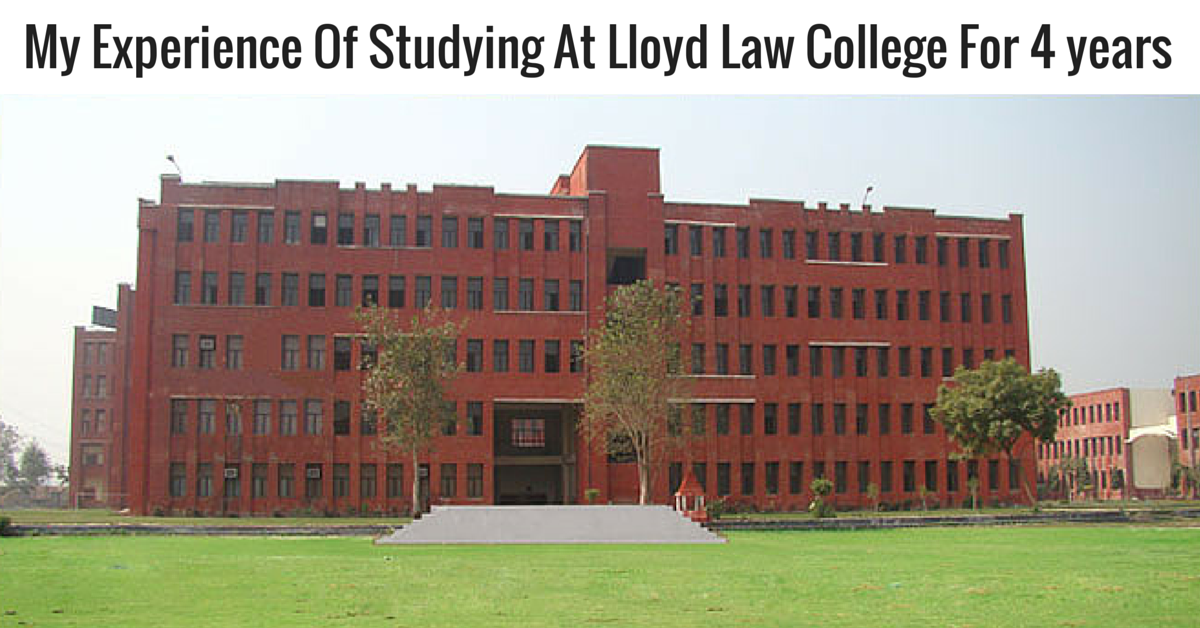 This article was written by Amit Sagar. If you want to share your law school stories, write to [email protected]

I cleared my 10th and 12th from Bharti Public School. I took arts stream in 11th. No, percentage was not the reason to take arts, I had enough percentage to take commerce as well but I was interested in commerce with math. The percentage I had was not sufficient enough for the school management for commerce with math. I believe it’s all destiny that I would have been given commerce with math I would have taken it, but I was getting only commerce. So I don’t know what came into my mind that I decide to take arts and that spontaneous decision was the best decision of my life I believe because of which today I am in the law field.

I cleared my 12th with a great percentage of 71. Yes, I had an interest in law but it was not at all clear that what further step I should take, as I have no background from the law field. My elder brother, with whom I always have competition, one day he came to me and suggested me about Lloyd law college. Me, my father and elder brother decided to visit Lloyd Law College. We were on the way to college and I was so scared that I would I commute to college and on other hand I was demanding my father that If you really want my admission in this college then you would have to purchase me my personal car. And he was like yeah sure will definitely buy you a car. Then on the same day I had my counseling with Ms. Sarita. All the formalities were done and I got admitted in Lloyd Law College.

After getting an admission in Lloyd Law College, a tragedy happened with me. I got an accident with my bike. My whole face was damaged and both the legs were fractured. Somehow I recovered from that injury but till now I have a scar above my lips but I had to look after my studies as well. But the accident had manipulated my mind to that much extent that I started believing that no one will b interested in talking to me. So it was the first day of my college life. I was scared, as an accident had manipulated my mind. I went to the classroom and sat alone on the bench and started attending lectures. Even in recces time I was sitting alone. But there was one guy who was noticing me. Before the start of the fourth lecture of the day, that guy came to me and introduced himself to me and attended that lecture with me. I didn’t know that the same guy would become my best friend. That guy has helped me a lot in every field and I have lots of memories with him. I remember the day when it was my sister’s engagement and the next day of it I had an exam of economics. I didn’t study at all and moreover I slept only for three hours only that too in the morning from 4 am to 7 am.

I didn’t know even a single word of my syllabus, but it was my best friend only who taught me the subjects for one and a half hour. Because of him only I cleared that exam. There are many more memories like this. But now I miss him as after his completion of B.A. he shifted to Delhi University for LLB of 3 years. But we are still in touch and moreover recently he again helped me out in my personal problem. So the best thing Lloyd Law College gave me is a best friend. And moreover the faculty and crowd of the college vanished away my misunderstanding, which was created due to my accident. I started building up confidence again. It was going all great initially, moreover I visited High Court as well from college side.

Yes, the most memorable experience, which I had, and can’t forget is that when I was in 6th semester my section got changed from B to C. I was not at all happy as my best friend was still in B section only. Somehow I attended the classes. Internal exams were coming near. I started preparing for that. Again it was my best friend only who helped me through notes and recommendation of books. I just took internal exams very lightly and gave it in a very way. But when the results were announced on the display board, I was the one who got first position in C-section. Oh god!!! What a day it was, I felt very glad. But that day motivated me so much. From that day only I started working hard and stopped being dependent on my best friend or someone else. And till today I work hard whether it’s about semester exam or anything else. I had no experience of law till my 12th. Somehow I managed to get into this field and today what I am, I am so glad and proud of me that I choose such a royal profession for me and my life.

Four years of my life at Lloyd Law College were very great, enjoyable and bit adventurous as well. Though initially like all other students I also had the curiosity to get into the college life but when it came to the admission in Lloyd Law College, I was bit scared. Lloyd Law College’s campus is 45 km away from my home situated in Greater Noida so it is approximately 90 km of up and down from my home to college and then back from college to home. I am pursuing with B.A. LLB, which is of five years. The first three years of the course are of B.A. and another two are of LLB. So I never had any of the problems in first three years. Moreover, I enjoyed giving semester exams. Lloyd Law College gave me a best friend as well. I still remember my first day of college.

The first three years at Lloyd were very smooth. The fourth year is a real lifetime experience of college life. In this year, I met with two guys and a girl namely Prikshit, Aman and Prerna respectively. The activities I did in this year I think I should have done earlier before in the first three years. I had a company fitted CNG car. While going to college, I used to pick up Aman, Prikshit and Prerna from Mayur Vihar and we all go together to the college. We used to attend hardly two lectures and after that we used to bunk. During 7th and 8th semester exams there used to be a conference of all of us on the call. In that we used to discuss any of the topics and of course at the end of the conference, the timings to reach the center. Though the exam was supposed to start at 12 pm but we used to reach the center at 8 am. We used to park the car outside the dominos, Greater Noida and study in the car only. If anyone of us were not getting any topic, we would use to teach the topic to that friend. Sharp at 10 am we use to order pizzas from Dominos and they were so kind that they delivered the order to the parked car.

Initially, Lloyd Law College was not developed as much but gradually they have progressed well. Now the college is consistently organizing various activities like Moot Court Competition, visit to Courts, etc. I remember when I was interned in High Court; I was going to my chamber from the courtroom. Suddenly I saw one of my favorite professors Mr. Anil Thakur. I met him and asked him about the college so he told me that today he is on a visit with the students of 2nd semester. He asked me to show the court to the students so I along with the students visited some courtrooms and mediation center and explained a bit as well regarding them. Mr. Anil Thakur appreciated the way I explained to the students. Recently I heard that my college is organizing moot court competition at National Level. I felt proud on myself on my college that such a big opportunity is given to my college.

My overall experience of four years at Lloyd Law College is great. I still miss some days and moreover the college has progressed and developed a lot. Exams have never been tension for me in my four years at Lloyd. Thanks to Lloyd Law College that in first three years it gave me a best friend and in the fourth year it gave me three fun-loving friends who taught me the real meaning of college-life and also it gave some unforgettable memories as well. I believe that the spontaneous decision taken after 10th and 12th for LLB in Lloyd Law College was the right and true one. It’s not about only profession, but the experience and friends which Lloyd law college gave me, I am really thankful for that to Lloyd Law College.