This article is written by Jannat, from Chandigarh University, Mohali. The article examines the need to reform the rules to establish a duty of care concerning public body defendants.

The Section 2(H) of the Right to Information Act, 2005 defines “Public authority” as any self-governing authority, body, or organisation formed or established—

(a) as a result of or following the Constitution;

(b) any other legislation enacted by Parliament;

(c) any other statute enacted by the State Legislature;

(d) by the competent Government issuing a notification or issuing an order, and this includes whichever:

There is no explicit legislation in India that governs the actions of public officials. Omission of duty of care leads to tortious liability.  As a result, the courts of India develop and modify negligence legislation based on the principles of justice, equity, and good conscience. According to some, the implementation of liability on public bodies would lead them to follow defensive practices.

Negligence is a breach of duty caused by the failure to do something that a prudent and reasonable person would do, or by doing something that a wise and reasonable person would not do, based on the principles that normally govern the conduct of human affairs. The plaintiff has incurred harm to his person or property as a result of the defendant’s failure to exercise ordinary care or skill towards a person to whom the defendant owes the responsibility of exercising ordinary care and skill.

It refers to a legal obligation rather than a moral, religious, or societal obligation. The plaintiff must show that the defendant owed him a specific legal duty of care, which he failed to fulfil. There is no general rule of law that defines such a responsibility. Whether or not there is an obligation depends on the circumstances. Whether or not the defendant owes a duty to the plaintiff is determined by the reasonable foreseeability of the plaintiff’s injury; if the defendant could reasonably foresee injury to the plaintiff at the time of the act or omission, he owes a duty to prevent that injury, and failure to do so makes him liable. The duty to take care is the obligation to refrain from doing or neglecting anything that may reasonably and likely result in damage to others, and the duty is due to those to whom damage could fairly and likely result if the duty is not fulfilled.

A breach of duty occurs when someone fails to take the necessary precautions in a certain scenario. The reasonable man’s or typically prudent man’s standard of care is used. There is no negligence if the defendant acts in a reasonably prudent manner.

Negligence as a tort

According to Winfield, “Negligence as a tort is a breach of a legal duty to take care which results in damage, undesired by the defendant to the plaintiff.”

In the law of torts, negligence can be either of the two elements as enlisted below:

Negligence is in direct contradiction with diligence. It occurs when there is a breach or omission to do a duty which under normal circumstances, any man of reasonable prudence must have done. Negligence comes under tort if it constitutes a civil wrong that lacks malafide intention or mens rea.

In the case of Municipal Corporation of Delhi v. Subhagwati, 1966 a clock tower in the centre of the city, Chandani Chowk, Delhi, fell, killing a number of people. The building was 80 years old, with a typical life expectancy of 40-45 years. The Delhi Municipal Corporation, which was in charge of the structure, had neglected to conduct a routine inspection and make the essential repairs. As a result, the defendant corporation was deemed accountable to pay compensation for the effects of the structure’s collapse.

Negligence as a crime

Negligence comes under crime when it constitutes mens rea.

According to Section 129 of the Indian Penal Code 1860, a public official negligently allows a prisoner to flee— Whoever, while serving as a public servant and having custody of any State prisoner or prisoner of war, causes such prisoner to escape from any place of confinement in which such prisoner is imprisoned, must be punished by simple imprisonment for a time up to three years, as well as a fine.

Following Section 223 of the IPC, a public servant was negligently subjected to an escape from imprisonment or custody.— Whoever, as a public servant, is legally bound to keep any person charged with or convicted of any offence[or lawfully committed to custody] in confinement, negligently allows such person to escape from confinement, shall be punished with simple imprisonment for a term up to two years, or a fine, or both.

According to Section 304A of the IPC, “Whoever causes the death of any person by any reckless or careless conduct not amounting to culpable murder will be punished with imprisonment of any description for a term not exceeding two years, or with fine, or both.” 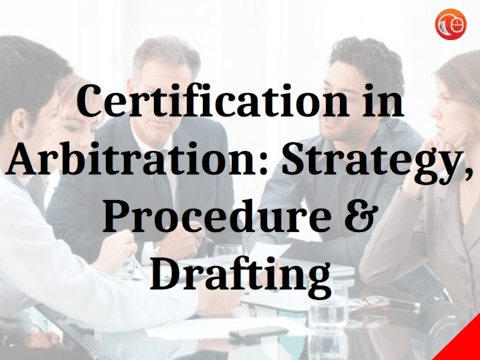 Duty of care legal criteria are sometimes ambiguous. The judicial function comprises the court’s use of judgment – and the inherent ambiguity that this involves. Uncertainty may take many shapes. First, courts may make mistakes when assessing appropriate levels of care. They may, for example, hold a government official liable for permitting an activity that afterward caused significant injury, even though the permit was justified in the first place. In contrast, the court may mistakenly find a government official harmless for issuing permission that should not have been issued. Second, courts are prone to making mistakes when determining a party’s genuine level of care. A physician, for example, may have completed a diagnostic test, but the court may believe he or she has not. The court, on the other hand, may presume the physician performed a diagnostic test when he or she had not.

The inability for either the prospective injurer (ex-ante) or the court (ex-post) to assess the socially appropriate degree of care is frequently the underlying source of ambiguity. An an administrative agency, for example, that must determine whether or not to approve a specific medicine must weigh the possible costs of not authorizing the medicine (losing the medicine’s therapeutic benefits and hence additional diseases that cannot be averted) against yet another external expense (the potential danger of side-effects or other negative effects resulting from the use of the drug). Such a balance is sometimes extraordinarily difficult, and even if the agency executes this process with the utmost care, a court may nonetheless disagree with the agency’s determination ex-post. In the lack of accurate understanding of a measure’s costs and benefits, the measure’s social acceptability is frequently in the eye of the beholder. Opinions in society will differ, which might lead to doubt, especially when the judiciary’s viewpoints diverge significantly.

To create a chilling effect

Chilling effects are unlikely when courts always adopt a socially desirable due care standard and prospective injurers are aware of this. Potential injurers may then simply avoid responsibility with certainty by adopting due care. In other words, when the regulations that a government agency must follow are explicit, the danger of negligent behaviour is low. Negligent behaviour is more likely when the legislation is vague or ambiguous. Stringent regulations can help to establish a deterrent effect among public bodies, encouraging them to take precautionary measures.

In a variety of scenarios, public agencies are obligated to compensate citizens. Even before the contemporary system of judicial review, persons hired by the executive may be held accountable for damages if they interfered with a citizen’s person or property deliberately and unjustifiably. Indeed, in the early days, such activities were the primary, and often exclusive, means of assessing the soundness of executive decisions and holding them accountable. They continue to be relevant today.

Although many nations have abolished the old blanket immunity for sovereign organizations, public officials still enjoy a great deal of protection from tort liability, particularly when it comes to “discretionary judgments” made in the course of government. The reasoning for this is that while making discretionary judgments, public authorities must balance numerous valuable but conflicting interests as they see fit. Order, individual liberty, personal security, and the care of the vulnerable are only a few of these concerns. The courts should not examine this procedure by imposing (regular) culpability, it is widely agreed. The exemption of public authorities from accountability for their discretionary acts, for example, is one of the largest exclusions to public authority liability in the United States (US).

In the United Kingdom, the idea of discretion is still very important in the case law on public-sector responsibility. The use of faute lourde which literally means “big mistake” in the regulatory and supervisory arena has put to rest judicial anxieties of influencing the exercise of discretionary powers in France. Some argue that imposing responsibility would force government agencies to adopt defensive tactics. The “chilling effect” of liability, which encompasses both unduly delayed and unduly cautious actions. In determining public authority culpability, courts must strike a balance between not impeding good governance on the one hand and addressing poor governance on the other.