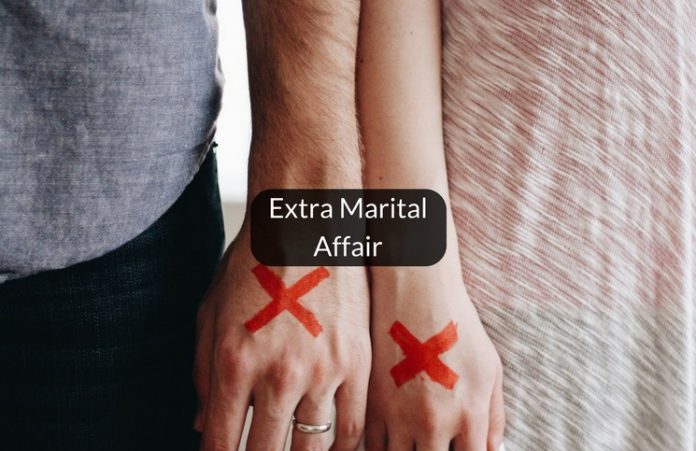 Commitment is the soul of a matrimonial bond. In a diversity of religions, marriage has always been given a pious position. To dishonor the relationship of a marriage, by being involved in an affair outside the marriage would not only be religiously wrong but morally as well. However, our concern in this article is limited to the legal remedies available to a spouse, if his or her wife or husband is having an extramarital affair.

In such a situation, preparation and collection of evidence before you take any step is very important, as the burden of proof will fall upon you. Moreover, if you fail to prove your case, you may find yourself in more trouble than you already were. For example, a divorce case claiming cruelty may be filed against you by your spouse. In case the spouse is wife, the husband may find himself embroiled in a number of false criminal cases for dowry and domestic violence. The person with whom you alleged the affair is happening or adultery has been committed may file a defamation case against you.

Evidence that can be used by you are:

Since it is very hard to obtain direct evidence in a case pertaining to an extra marital affair, circumstantial evidence is sufficient. However, such evidence should be such, that if regarded together, leads to an irresistible conclusion of commission of adultery. Intention to commit adultery is an essential element. Being a victim of rape or pre-marital sex can not be held to be adulterous act.

The IPC in the Section 497 states:

Whoever has sexual intercourse with a person who is and whom he knows or has reason to believe to be the wife of another man, without the consent or connivance of that man, such sexual intercourse not amounting to the offence of rape, is guilty of the offence of adultery, and shall be punished with imprisonment of either description for a term which may extend to five years, or with fine, or with both. In such case, the wife shall not be punishable as an abettor.

Therefore, if you are the husband, and your wife is having an extra marital affair, you can take no action against her under this section, or for that matter, any section of the IPC. Yes, this is what the law says, only a man can be punished for adultery.

Then what remedy are you entitled to? As evident from the aforementioned section, the only person who has a criminal liability in an act of adultery is the man who has had sexual intercourse with your wife, if he did so with the knowledge of her being married or had reason to believe that she is married.

If you are the wife, and it is your husband who is involved in an extra marital affair, you too have no provision in this code to hold your husband criminally liable for his disloyalty. Unlike in the above scenario, where at least the outsider had a criminal liability, in your case, not even the woman with whom your husband establishes a sexual relationship outside the marriage can be prosecuted under this code.

The Hon’ble Supreme Court has opined this as a favourable discrimination towards women, as the law doesn’t envisage punishment for any of the spouses involved but additionally, not even for a woman outsider. Only an outsider man to the marriage is to be punished under Indian adultery law. It is for this favourable discrimination, the section has defeated the challenges questioning its constitutional validity (valid vide Article 15(3) of the Indian Constitution) in the apex court.[1]

We can conclude from the above discussion, that in the eyes of the adultery law as it stands in India, a man is always the seducer and a woman always the victim.

Regarding why neither of the spouses can be dragged to a criminal court for having an extra marital affair, the supreme court has explained the philosophy behind it[2]:

“The philosophy underlying the scheme of these provisions appears to be that as between the husband and the wife social good will be promoted by permitting them to ‘make up’ or ‘break up’ the matrimonial tie rather than to drag each other to the criminal court. They can either condone the offence in a spirit of ‘forgive and forget’ and live together or separate by approaching a matrimonial court and snapping the matrimonial tie by securing a divorce. They are not enabled to send each other to jail. Perhaps it is as well that the children (if any) are saved from the trauma of one of their parents being jailed at the instance of the other parent.”

Therefore, you can either fix your relationship with your spouse if he or she has been involved in an extra marital affair, or you may opt for the remedies provided by the personal law under which your marriage has been solemnized.

Personal Laws in India with respect to Extra Marital Affair

The Hindu Marriage Act (HMA) under Section 13(1)(i) and the Special Marriage Act (SMA) under section 27(1)(a) have mentioned in a very precise manner, that any marriage may be dissolved by a decree of divorce on filing of a petition by you on the ground that your husband or wife has, after the solemnization of the marriage had voluntary sexual intercourse with any person other than you.

If you don’t want a divorce, you can file a petition in the court to obtain a decree of judicial separation on the ground of adultery committed by your husband or wife. After obtaining the decree, you will no longer be required to cohabit with your spouse[3]. This will give you time to think over the situation and decide whether or not you want a divorce. If you fail to cohabit with your spouse within a period of one year, you or your spouse can file a petition for dissolution of the marriage.[4]

Any relief sought for by your husband or wife (petitioner) in a proceeding of divorce or judicial separation may be opposed by you (respondent) on the ground of adultery committed by him or her. In fact, you may counterclaim for any relief under the Act (HMA or SMA, as applicable) on such ground; and if his or her adultery is proved, the court may give you any relief under the Act to which you would have been entitled if you had presented a petition seeking such relief.[5]

It should be noted that:

A Muslim husband can divorce his wife at his will, without providing any reason for such divorce. It can be executed by triple talaq, i.e. uttering three times, in clear and unequivocal words, ‘I divorce you’ or any other phrase having a similar meaning. The method of triple talaq differs, depending upon the sect of the husband (Shia or Sunni). Therefore, you can divorce your wife if she is involved in an extra marital affair by exercising triple talaq.

If not, you can file a petition for divorce in the court of law under Section 2 (viii) (b) of the Dissolution of Muslim Marriage Act, 1939. The section provides for a ground of divorce if your husband associates with women of evil repute or leads an infamous life, considering such an act as mental cruelty.

If your husband has falsely accused you of committing adultery, and doesn’t retract his words, it becomes a ground for you to divorce him under the concept of Lian.

Divorce for Christians in India is regulated by The Divorce Act, 1869. Section 10(1)(i) of the act reads:

“Any marriage solemnized, whether before or after the commencement of the Indian Divorce (Amendment) Act, 2001, may, on a petition presented to the District Court either by the husband or the wife, be dissolved on the ground that since the solemnization of the marriage, the respondent has committed adultery.”

Under Section 11 of the Act, it is a requisite that the adulterer must be impleaded as a co-respondent in the suit, unless:

You can alternatively file a petition of judicial separation under Section 22 of the Divorce Act, on the ground of adultery committed by your spouse.

The statutory provisions for marriage and divorce of Parsis has been provided for by the Parsi Marriage and Divorce Act, 1936.

As per Section 32(d) of the Act, adultery is a ground for divorce, if a suit for divorce is filed within a period of two years after the plaintiff came to know of the fact.

There are no statutory provisions regulating the marriages and divorces among Jews. They are rather regulated by the customary laws. The ancient Jewish laws regarded infidelity by women as a crime, punishable with death by stoning, while the men were kept out of the scope of this rule. However, accepting the change brought forward by the modern era,  customary laws now equally regard adultery as a prohibited act, prohibiting the husband as well.

It is worth noting the provisions of the CrPC regarding an extra marital affair. These are:

[9] Section 454 of the Indian Penal Code, 1860 reads as: “whoever commits lurking house-trespass or house-breaking, in order to the committing of any offence punishable with imprisonment, shall be punished with imprisonment of either description for a term which may extend to three years, and shall also be liable to fine.”

[11] Section 498 of the IPC reads as: “Whoever takes or entices away any woman who is and whom he knows or has reason to believe to be the wife of any other man, from that man, or from any person having the care of her on behalf of that man, with intent that she may have illicit intercourse with any person, or conceals or detains with that intent any such woman, shall be punished with imprisonment of either description for a term which may extend to two years, or with fine, or with both.”