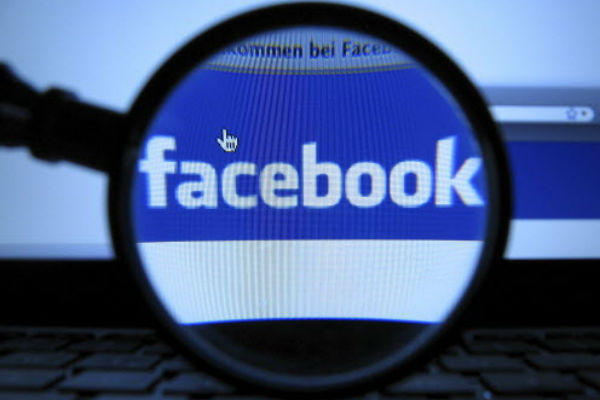 The news of two girls from Mumbai being nabbed by cops for making a post on Facebook derisive of Bal Thackeray and dismissive of the bandh that brought the city to a standstill after his death is perhaps known to all of us by now. They were booked under Section 66A of the Information Technology Act which penalizes the act of offending or causing annoyance to someone by sending out messages through any electronic information communication device.

This has recently been challenged by Shreya Singhal, a 21 year old graduate in astrophysics from Bristol University, London. Shreya, who happens to be the daughter of Supreme Court advocate Manali Singhal and granddaughter of the late Delhi High Court judge Justice Sunanda Bhandare, and also wishes to pursue legal education, was represented in the Supreme Court by Senior Advocate Mukul Rohtagi.

Her plea states that “The phraseology of Section 66A of the IT Act, 2000 is so wide and vague and incapable of being judged on objective standards, that it is susceptible to wanton abuse and hence falls foul of Article 14, 19 (1)(a) and Article 21 of the Constitution” and she has sought to “reconcile section 41 and 156 (1) of the Criminal Procedure Code with Article 19 (1)(a) of the Constitution”. In short, while challenging Section 66 of the IT Act, she has requested the Apex Court to prohibit arrest without warrant and police investigation without magisterial order for offences which involve freedom of speech and expression.

When questioned on her locus, Senior Advocate Mukul Rohtagi responded that “she is a law student and a Facebook user”. The government is being represented by Attorney General GE Vahnavati in this matter. He admits that the arrest of the two girls were unjustifiable, but, at the same time, he has added that S. 66A of the IT Act cannot be removed .

The Supreme Court has also simultaneously admitted the plea of cartoonist Aseem Trivedi against S. 66A of the IT Act .

“Any person who sends, by means of a computer resource or a communication device,—
a)any information that is grossly offensive or has menacing character; or
b)any information which he knows to be false, but for the purpose of causing annoyance, inconvenience, danger, obstruction, insult, injury, criminal intimidation, enmity, hatred or ill will, persistently by making use of such computer resource or a communication device,
c)any electronic mail or electronic mail message for the purpose of causing annoyance or inconvenience or to deceive or to mislead the addressee or recipient about the origin of such messages.
Punishment – Imprisonment for a term which may extend to three years and with fine.”

This section is indeed stated in very broad terms. It empowers the State to punish anyone who disseminates any information or expresses any thought which is deemed to be “grossly offensive and has menacing character”. Unfortunately, nowhere in the Act are the terms “grossly offensive” and “menacing” defined, and thus the state is vested with wide discretionary authority to reach a subjective understanding of the terms and penalise or reprimand any individual who posts anything which it deems to be of grossly offensive and menacing nature.

Attaching a penal law which is restrictive of an individual’s right of free speech and expression and is stated in such broad terms and vests such immense power to the state to apprehend and penalise citizens to Sections 41 and 156 (1) of the Criminal Procedure Code so that any breaches to this law is deemed to be a cognizable offence – meaning an offence for which the police does not need an arrest warrant or a magisterial order to arrest and investigate citizens for alleged commission it – does militate against the Constitutionally guaranteed democratic rights to freedom of speech of citizens and stand in the way of expressing and disseminating ideas, opinions and scientific, philosophical, ideological and artistic thoughts through the internet.

One way out is for the judiciary to construe the terms in a narrow manner and set out a clear-cut test so as to provide the state and the citizens with binding law which will serve as a guideline for the state to determine the situation specific applicability of this Section. Thus, instead of removing the law as laid down in S. 66A, fleshing out of binding guidelines for its implementation might be helpful.

S. 66A provides internet users with a degree of security against hate-mails directed against individuals and those which target specific classes, social, religious, ethnic, linguistic, political and ideological groups of people. This also affords protection to individuals from receiving of false information, spam, phishing etc. Hence, scrapping the section it in entirety will render internet users legally defenceless against these. Thus, instead of removal of the section, a constructive interpretation of the broadly worded and subjective terms used in the Section by the judiciary so as to ascertain the exact law envisaged in the section, along with the laying down of strict and pro-people guidelines regarding application and applicability of this Section would suit the purpose in a better manner.

The legal issue which is being raised here is important and contentious at the same time. If all offences which involve freedom of speech are made cognizable then the state might find it difficult at times to deal with sensitive and urgent issues such as sedition, hate-speech directed against social, communal or linguistic groups and castes, and people inciting feelings of hatred and anger against the state or against certain groups and outraging senses of morality such groups with their speech or expression might get off with impunity. Moreover, affording such wide lassitude to free speech might be detrimental to unity and integrity of the state by disruption of general public order. Since independence, the Indian state has been pretty much strict, and at times perhaps stricter than necessary, while dealing with such sensitive issues, including the issue of sedition. Strictness in this matter is perhaps necessary for the sake of our democratic sovereignty, but over-strictness has often led to unfortunate and unwarranted legal and administrative action of censorship, penalty and often undue restriction on freedom of speech, as is noted in the present situation of the two women being arrested for their Facebook posts. A similar incident had happened in West Bengal earlier this year where a professor of Chemistry from Jadavpur University, Calcutta, was arrested for posting a cartoon involving the West Bengal Chief Minister Ms Mamata Banerjee on Facebook, which, allegedly, was offensive of the State.

In light of these recent incidences, a through and open re-interpretation of Article 19 (2) of the Constitution, which allows the state to impose reasonable restrictions on the right to freedom of speech and expression “in the interests of the sovereignty and integrity of India, the security of the State, friendly relations with foreign States, public order, decency or morality or in relation to contempt of court, defamation or incitement to an offence.”, is perhaps the need of the hour. The petitions put forth by Shreya Singhal and Aseem Trivedi provide an excellent opportunity to the Supreme Court of India to undertake such an endeavour, address this issue and thus attend to this pressing need.