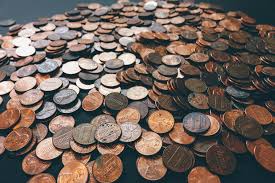 The global financial crisis of 2007-08 not only exposed the limitations of resolution frameworks in many countries (like the USA) but also forced the government to bail out a large number of failing banks. In an increasingly unified global financial system, the failure of institutions such as Federal Deposit Insurance Corporation (USA) in dealing with the problem of bankruptcy in the banking system culminated in the global economic crash. Therefore, after the economic crash of 2007-08, many countries started taking note of the loopholes in their resolution regimes and have begun strengthening their resolution capabilities in order to protect the economy in general and customers of financial service providers in specific, in times of financial distress.

In India, a sharp increase in the gross non-performing assets of banks has been a cause for alarm for quite some time now. This has once again raised questions about the risk-taking ability of Indian banks and triggered the discussion on failures of the banking system in India. If banks are unable to keep adequate capital to absorb their losses arising out of NPAs, it is likely that such banks would eventually fail to meet their obligations to depositors, and such failure on part of banking institutions can prove to be catastrophic for the economy.

The above scenario has shifted the focus on the Narsimhan Committee’s recommendations on banks’ consolidation. However, these recommendations were made with a view to improving the efficiency and productivity of public sector banks. The committee did not address the scenario where the banking institutions (public or private) eventually fail to perform their activities and meet their obligations to depositors. Thus, in the discussion for making banks stronger and larger, one major issue has been largely ignored i.e. the need for a specialized resolution regime for failing banking institutions.

At present, the Banking Regulation Act, 1949 provides wide-ranging powers to the Reserve Bank of India to deal with the scenario where banks fail to meet their obligations to depositors and others. RBI carries out the financial resolution of banks with a view to protecting the interest of the depositors. The Deposit Insurance and Credit Guarantee Corporation (DICGC), which is a wholly owned subsidiary of the Reserve Bank, requires banking companies to insure deposits up to Rs. 1 lakh per depositor and in the event a banking company goes into liquidation, this amount is paid back to the depositor. However, any amount in excess of Rs. 1 lakh is not insured. Further, deposits with NBFCs are not covered by this.

The Banking Regulation Act provides two methods for the financial resolution of banking companies namely amalgamation (including reconstruction) and winding-up.

This option is usually resorted to enhance the size and operational strength of smaller banks in order to make them competitive with larger banking institutions or to protect the interest of depositors by securing the proper management of those banks which are facing the risk of failure to meet their obligations. Therefore, the merger of banks is more of a preventive measure.

In case of a voluntary merger, shareholders of concerned banks are required to first approve the scheme of merger by a two-thirds majority which is then placed before the RBI for final approval. While, in a forced merger (or reconstruction), RBI makes an application to the Central Government for imposing a moratorium on the concerned bank. Thereafter RBI is required to prepare a scheme for reconstruction or merger of such bank with any other bank (transferee bank).

Further, with the aim to protect the interest of creditors of a banking company, the Act provides that no court shall sanction a compromise or arrangement between a bank and its creditors unless it is certified by the Reserve Bank.

The Reserve Bank can also make an application under Section 38 if it has been directed by the Central Government to do so by an order under Section 35 (4)(b) of the Act.

As per Section 38 (3), in addition to the above scenario, the RBI may make an application for winding up of a banking company, if:

After the High court has passed an order for winding up the banking company, an official liquidator (notified by the central government) is appointed for carrying out the liquidation process. The liquidator is obligated to satisfy all the debts and liabilities in the following order:

Furthermore, in terms of Section 44, no banking company is permitted to be wound up voluntarily unless RBI has certified that the concerned company is able to pay all its debts to its creditors as they accrue.

It is pertinent to note that while the Banking Regulation Act provides RBI with extensive powers to wind-up or amalgamate a bank, these powers are very limited in scope as the Act is applicable only to scheduled commercial banks, and other categories of banks such as cooperative banks (which are wound up on the directions of the Registrar of Cooperative Societies) and certain public sector banks whose statutes prohibit such actions by RBI (like Section 45 of the SBI Act, 1955) have a different framework for financial resolution. This makes the present legal framework very disorderly and inadequate in dealing with the instance of insolvency/bankruptcy of banking companies.

Drawbacks of the present framework

It is against this backdrop that, last month, the Central Government introduced The Financial Resolution and Deposit Insurance (FRDI) Bill, 2017.

In order to cause minimal disruption in the financial system while providing an effective resolution regime, the proposed Bill seeks to address the following limitations of the present framework:

Multiple authorities – As financial firms (like universal banks) are increasingly operating under conglomerates, no single regulator is capable of taking a comprehensive view of the risks and optimal resolution strategies for such conglomerates, which prevents the development of specialized resolution capabilities of any regulator.

Different laws for similar entities – The Banking Regulation Act, 1949 deals with only scheduled commercial banks, but there are specific legislations which deal with public sector banks that have been created under special statutes.

Risk of forbearance– The dual role of the regulator (like RBI) delays the resolution process as regulators are more interested in the revival of the failing institutions. Therefore, a resolution regime independent of the sectoral regulators is necessary for the effective resolution in a time-bound manner.

Limited instruments– The resolution instruments provided to the RBI are limited (i.e. amalgamation or winding up).

The Financial Resolution and Deposit Insurance Bill, 2017 seeks to remedy the above situation by providing a specialized mechanism for dealing with the issues arising out of insolvency & bankruptcy of banking companies (in addition to other financial institutions such as NBFCs, pension funds, and insurance companies etc.). The proposed Bill along with the recently enacted Insolvency and Bankruptcy Code, 2016 (which does not cover financial institutions dealing with public money) will provide an all-inclusive resolution mechanism for the Indian economy. Note that companies which do not accept deposits from the public will continue to be governed by Insolvency and Bankruptcy Code, 2016.

The FRDI Bill envisages the creation of an independent financial resolution corporation (FRC) having representatives from financial regulators and central government along with other independent experts. As per the draft bill, Deposit Insurance and Credit Guarantee Corporation (DICGC) will cease to exist and all of its activities will be carried out by the FRC.

Also, it provides for resolution instruments such as portfolio transfers, bail-in (i.e. utilizing the existing resources of the failing institution by converting its debt into equity) and run-off (i.e. continuation of liability for present policies while not allowing to take new business), in addition to the already available instruments like amalgamation and winding-up. Thus, enabling FRC to provide speed, transparency, and predictability through procedural clarity, and in a manner that protects the interest of all the stakeholders (including the consumers).

In view of the above, it is hoped that the proposed Bill, when implemented, will not only improve the financial stability of the country by ensuring the continuity of important financial services but will also promote the ease of doing business in India by decreasing the time and costs involved in the resolution of financial institutions in general and banking companies in specific.