This article is written by Uma Shankar Mishra, pursuing a Certificate Course in Intellectual Property Law from Lawsikho.com. Here he discusses “Five NCLT decisions you must know about”. 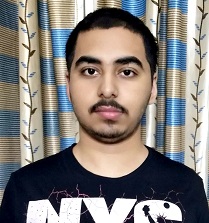 Innoventive Industries filed an application before the Mumbai Bench of the National Company Law Tribunal (“NCLT”) for the insolvency resolution procedure to be initiated as Innoventive was found to be a default under the IBC. The main argument of Innoventive was that no debt was legally due as all Innovative obligations and remedies for compliance actions were temporarily suspended for 2 years pursuant to notifications issued under the 1958 Maharashtra Relief Undertaking (“Maharashtra Act”)

The SC held that Once an insolvency Professional is appointed to run the company, an appeal on behalf of the company can not be made by the former directors who are no longer in management. The appeal was therefore not sustainable in the present case. Nonetheless, on this point alone, the Supreme Court did not tend to dismiss the appeal. Since this was the very first case to be transferred under the IBC, the judges found it appropriate to pass a thorough judgment so that all courts and tribunals could be informed about  of a paradigm shift in insolvency law in India.

The Supreme Court discussed in detail different case laws and constitutional principles in order to test whether there is any repugnance between the IBC and the Maharashtra Act and pointed forth (among others) the following proposals:

2) Swiss Ribbons vs Union Of India

Several petitions were filed assailing the constitutional validity of various provisions of the Insolvency and Bankruptcy Code, 2016 (Code). While dismissing these petitions, the Hon’ble Supreme Court made several important findings and rulings as under. The Hon’ble Supreme Court decided on the difference between Operational and Financial Creditor and Held that a) Some FCs are investors that are covered, while most OCs are unsecured.

CIRP process was Initiated against Binani Industries by Committee Of Creditors Due to default of Dues.

The meeting was held on 14 March 2018 with 99.43 per cent of the Committee of Creditors (COC) accepting Rajputana Properties Private Limited’s Resolution Strategy.

Nonetheless, a dissent note was registered by 10.53 per cent of the COC who were forced to vote in support of the “Resolution Program.” They said they had not been treated fairly relative to other financial investors who were the corporate debtor’s corporate guarantors. The RP submitted a request for approval of the Resolution Plan in Binani Cement Limited pursuant to Sections 30 and 31 of IBC r/w Regulation 39 of the Insolvency and Bankruptcy Board of India Rules, 2016.

The Resolution Plan of Rajputana Properties Pvt. Ltd. envisaged that the Financial Creditors such as, ‘Edelweiss Asset Restructuring Company Limited’, ‘IDBI Bank Limited’, ‘Bank of Baroda’, ‘Canara Bank’, ‘Bank of India’, State Bank of India’ would be given 100% of the verified claim whereas lesser percentage was proposed for the claims of other Financial creditors such as Export-Import Bank of India (72.59%) and State Bank of India-Hong Kong (10%). The resolution plan was held to be discriminatory by some of the lenders and they filed an application to NCLT for not Considering it and file revised plans.

Whether  RP exceeded his power in Appointing Other Professionals and Outsourcing Works?

Whether Non Considering of revised offer from Ultratech is Violative of Provisions Under IBC?

1. Whether  RP exceeded his power in Appointing Other Professionals and Outsourcing Works?

The Tribunal observed that costs incurred by RP in engaging people was exorbitant and directed costs should be reasonable.

2. Whether Non-Considering of revised offer from Ultratech is Violative of Provisions Under IBC?

Yes, It is violative as the CoC decided to negotiate with only the H1 bidder which is against the basic provisions Of code aimed at maximising value. The Coc went ahead with Approval of plan submitted by Rajputana Properties which is Unjust and Arbitrary, Company which was not an H1 bidder was as Disqualified from the Bidding Process. which is not valid due to the following:

3. Whether the Resolution Plan is Discriminative Against Unsecured Financial Creditors?

4. Whether RP has Ignored Claims Of Operational Creditors?

The NCLT observed That a Reduction In Amounts Payable to Operational Creditors Is Acceptable However Such Reduction Should Be Acceptable To all Class of Creditors Since the Plan Contained settlements At Various class Of Creditors Differently the NCLT observed that Resolution Plan Contravenes Some Provisions Of the Code as such Regulation is not in line with the Objectives Of Code.

NCLT Mumbai sets aside the two investment firms of the Mistry family’s complaint on the question of viability, stating that they did not meet the criteria for filing a case of alleged exploitation of minority shareholders under the Companies Act, 2013— 10 per cent stake in a business.

NCLT Mumbai denies Mistry’s petitions opposing his dismissal as chairman of Tata Sons as well as Ratan Tata’s and the company’s board’s charges of systemic abuse. In his claims of mismanagement in Tata group companies, the court said it saw little substance. NCLT Mumbai also refuses petitions requesting a waiver from the two investment firms on the grounds that they have at least 10% share of a filing their case of oppression and mismanagement against Tata sons by SP  Group.

Mistry’s investment firms are pursuing the NCLAT, appealing the NCLT order that dismissed their demands for maintenance. They also challenged their plea for a waiver to be rejected.  On Sept. 21, 2017, NCLAT allowed petitions from the two investment firms requesting a waiver in filing case of injustice and mismanagement against Tata Sons but rejected Mistry’s other petition on sustainability claiming the firms did not.  On Dec. 18, 2019: NCLAT reinstated Cyrus Mistry as Tata Sons Ltd’s executive chairman, but postponed its execution for four weeks to give Tata Group time to appeal.

Whether Financial Creditor Can Claim Its Dues & File Action Under IBC For in Case Of No Supporting Documents or Over Limitation Period?