This article is written by Utkarsh Tiwari. 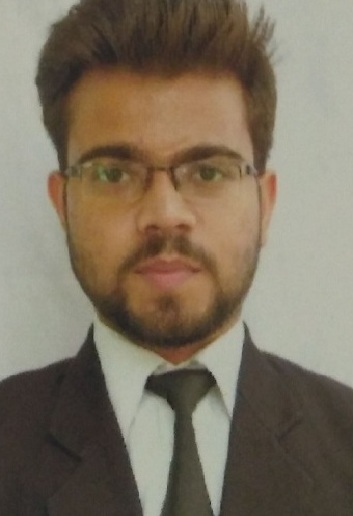 The child is the first seed of our society, however each child has its own mental growth depending upon the environment he lived in, kind of care he received, treatment met out etc. The Juvenile Laws must conform to such principles and work in best interest of the child and take a reformative approach in case of Juvenile Delinquency, so as to provide basic needs, social integration, protection etc.

However the Juvenile Justice (Care and Protection) Act, 2015 doesn’t necessarily do so, as it consists of opaque Age determination system, and has introduced a unique but unknown system of Judicial Waiver. Through the Judicial Waiver, it gives a fair opportunity of considering a child as criminal between age group of 16-18 years keeping his reformation at bay. Such a system fall miserably in purview of practical provisions provided under the Criminal Procedure Code wherein specifically it is provided, that the Chief Judicial Magistrate should provide with rehabilitation, treatment, training of youthful offenders.

Section 27 strictly speaks of jurisdiction in the case of Juveniles, wherein if a Juvenile (a person who appears or is brought before the Court is under the age of sixteen years), may be tried by Chief Judicial Magistrate, or by any specially empowered Court. The section further considerate of the age and psyche of Juvenile offender conforms with restorative justice, by providing with the following:

Position before the amendment

The Juvenile Justice Act, 1986 and that Amendment Act, 2000 were complete Act with regard to offenders below 16 years if male, and under 18 years if female. Such offenders have been termed as “Delinquent Juveniles” under the Act. These Act had sweepingly overriding effect on other enactments of the State Legislatures or Parliament dealing with proceedings against delinquent juveniles on any criminal charge. A delinquent juvenile can now only be proceeded against under this Act, even if may be a case of murder or of rape. He cannot be sentenced to death or imprisonment of life. Ordinary law shall not apply to him even if he ceases to be a Juvenile during the course of inquiry, and he shall still be continued to be treated as juvenile under Section 3 of the Act, 1986.

Under Section 5 of the Act, 1986, a juvenile Court is to be established by the State to exclusively act and proceed under the Act completely disregarding the provisions of the Code. Juvenile Court shall have exclusive power to conduct proceedings against juvenile notwithstanding any other law.

However, Court of Session and the High Courts have been conferred appellate and revisional jurisdiction respectively under Section 7(3) of the Act, 1986.

Under Section 18 of the Act, 1986, a delinquent juvenile has to be released on bail, even if he has committed a heinous crime. If not so released, he is to be kept in safe custody/place as provided for under the Act.

Section 39 of the Act, 1986, lays down procedure for enquiries, appeals and revisions. Such procedure shall be followed as may be prescribed and subject thereto follow the procedure laid down for trials in summons case under the Criminal Procedure Code, 1973.

Where a minor along with other was being tried for murder by a Sessions Court, the High Court intervened, separated the trial of the minor from the rest, released him on bail and directed his case to be sent to the Juvenile Court of the area.

This Section is intended to provide for procedure where the accused does not understand proceedings. The reasons may be that the accused is deaf and dumb and cannot be made to understand the proceedings or from ignorance of the language of the country and the want of interpreter, is unable to understand or make himself understood. When the accused is deaf and dumb, the Court may proceed with inquiry and trial, but it should first enquire into the antecedents of the accused and should also make an endeavour to find out as to how his friends and close relatives are accustomed to communicate with him in ordinary affairs and record its conclusion, if necessary by taking evidence.

In one of the cases it was held by the Court that where the accused being deaf and dumb cannot be made to understand the proceedings against him, and it becomes impossible to say that he knew the nature of the act committed or that he acted with dishonest intention therein, he must be acquitted or discharged.

Trial of Summons Cases under Section 251-259 of CrPC

Section 104 of the Juvenile Justice (Care and Protection) Act, 2015 expressly mentions in its Saving clause that the Board or Committee constituted under the Act, shall follow the procedure under the Criminal Procedure Code, 1973, with reference to trial or inquiry, the procedure of trial or inquiry followed under Summons cases under Section 251 to 259 of the Code.

Plea for Juvenility- The Code under Section 251 mentions that the substance of accusation to be stated. It is hereby held under this section that the date of cognizance of the offence is alone the crucial date.

If the date of cognizance is made the crucial date, whether the plea of being a Juvenile, can save the accused Juvenile from the court proceedings or not, as it happened under Darga Ram v. State of Rajasthan and in the case of Kulai Ibrahim v. State of Coimbatore the court held that the juvenile has the right to raise the question of juvenility at any point of time during the trial under proviso of section 9 of Juvenile Justice Act, 2015.

This clause provides that Board shall follow the procedure, for trial in summons case under the Code of Criminal Procedure, 1973, to the satisfaction of the Board on preliminary inquiry that the matter should be disposed off by the Board.

The Judicial Waiver system finds its foundation under this clause and further takes a big leap in Clause 21 of the Act; wherein the principles of restorative justice, rehabilitation, training, child friendly process are thrown away by the very instrumentality of this section.

The orchestration of taking the inquiry as per trial procedure in summons case in the Criminal Procedure Code, 1973, in heinous offences makes the legislative intent clear that the principles enshrined and followed under the previous Act of 2000, which were in parlance to the Supreme Court judgments, are no more sacrosanct under this Act of 2015.

In Salil Bali v. Union of India & anr, the Supreme Court rejected the plea that the Juvenile Justice Act, 2000 should be amended that the so much so, that juveniles accused of heinous offences like rape and murder should be tried as an adult. The Supreme Court hailed the principles under Indian Constitution and the Act, 2000 and rejected the plea and even went on to suggest that several International Instruments also recognizes the child rights like Beijing Rules, Riyadh Guidelines that allows separate criminal justice systems for the juveniles.

Excessive Power to Board- Clause 21 of this Act gives excessive power to the Board with respect to the decision making that the juvenile has reformed or not, or can be or cannot be the contributing member of the society.

No Relevant Touchstone- There are no relevant touchstones which can actually decide that the reformation has taken place into the Juvenile or not, even if there is no reformation, still the Board cannot make arbitrary decisions as to sending the Juvenile to the adult jail, and make the whole reformation a forgetful story.

Justice Failure- The Act of 2015 must run in consonance to the Criminal Justice System as discussed above under Section 27 of the Criminal Procedure Code, 1973, and those of Constitutional Provisions namely Article 14, Article 15, Article 20 and Article 21 of the Indian Constitution.

The Section gravely violates Article 20, wherein the entire adolescence, teenage of the juvenile goes into the case disposal, and is incriminated with offence and the charge, but system fails him again if the Board with no touchstones of their decisions to send the juvenile at the attainment of 21 years of age to an adult jail, and make him the hardened criminal.

Unconstitutional JJ Act, 2015- The Act, 2015 being regressive and punitive in nature violates the constitutional principles and rights of the child offenders. Article 14 – Right to equality, Article 15- Right against discrimination, Article 20- Preventive Detention, Article 21- Right to life, these strong pillars of the Indian Constitution are the touchstones that decides the constitutionality of the enactment. Since, the Act, 2015 is in violation to all these Articles, giving no right to be heard to the accused juvenile, and arbitrarily sending him to the adult jail under Clause 21 of the Juvenile Justice (Care and Protection) Act, 2015. Clauses 2(33), 2(45), 2(54), 7, 16, 19(3) and 20, 21 of the proposed legislation seeking to bring major changes in juvenile justice system are in contravention of these constitutional provisions.

In Dr. Subramaniam Swamy & Ors vs, Raju & Other (2014) case also, the Supreme Court had observed that there was a considerable body of world opinion that all persons under 18 ought to be treated as juveniles and separate treatment ought to be meted out to them so far as offences committed by such persons were concerned. The avowed object was to make the youthful offenders as contributing members of the society.

Non conformity to CrPC- In its Saving clause under clause 104 of the Juvenile Justice Act, 2015, although the wide powers are conferred to Board with respect to trial, preliminary enquiry etc. to be followed as per Trial under Summons case, but the reformatory theory approved and confirmed through Section 27 of the CrPC, is not talked of in the Amendment Act, 2015, and thus more power to the CrPC which was desirable was not met out.

Child rights like Beijing Rules, Riyadh Guidelines that allows separate criminal justice systems for the juveniles, could also have been expected.

Therefore, the research questions have their answers at their behest, where one of the reasoning given by the Government was of data released by NCRB(National Crime Records Bureau) showing upsurge of heinous crimes like rape, murder etc. by the children in the age group of 16-18 years; was faulty because it was based on the FIRs filed against the child offenders, and not based on convictions. Moreover the international conventions that such as UNCRP are kept at bay in this Act, 2015 by defining the “Heinous crime”, “serious offences”, “petty offences”, which is not permissible under the UNCRP Articles.

The Act, 2015 neither strengthens the Criminal Procedural laws nor proves its constitutionality under Indian Constitution through the instrumentality of Indian Criminal Justice System.