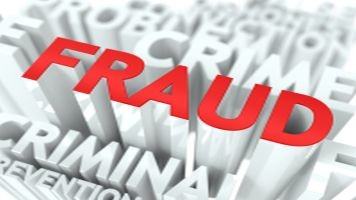 In this article, Gourav Khatri who is currently pursuing M.A. IN BUSINESS LAWS, from NUJS, Kolkata, discusses Arbitrability of disputes where Fraud is alleged.

The court set down the following examples of non-arbitrable disputes,

In the case of Vimal Kishore Shah v. Jayesh Dinesh Shah, the court added the seventh category to the six non-arbitrable categories set out in Booz Allen case which was relating to trusts, trustees and beneficiaries arising out of trust deed and the Trust Act.

It was held by the courts in the case of Natraj Studios (P) Ltd. v. Navrang Studios that the arbitration agreements between the parties whose rights are regulated by rent control legislation will not be recognized by the court of law.

Further, where the dispute is under the Consumer Protection Act, 1986, it was held by in the case of Skypak Courier Ltd. v. Tata Chemical Ltd. that the existence of an arbitration clause will not be a bar to the entertainment of a complaint by a forum under the Consumer Protection Act, 1986. The same was reiterated in National Seeds Corporation Ltd. v. M. Madhusudan Reddy and Rosedale Developers Pvt. Ltd. V. Aghore Bhattacharya.

Therefore, the position that emerges both before and after the decision in N. Radhakrishnan is that the courts have given the effect to the binding precept incorporated in Section 8 in the judgements laid down by the courts in the case of P. Anand Gajapathi Raju v. P.V.G. Raju, Hindustan Petroleum Corporation Ltd. v. Pinkcity Midway Petroleums, Sundaram Finance Ltd. v. T. Thankam, Pink City and Branch Manager, Magma Leasing and Finance Ltd. v. Potluri Madhvilata. It was further held by the court that once there is an arbitration agreement between the parties, a judicial authority before which the action is brought is under a positive obligation to refer the parties to the arbitration by enforcing the terms of the contract. There is no element of discretion left with the court but to compel the parties to arbitration.

The position in UK, where arbitration is valued as an effective form of dispute resolution is also same. As in UK, according to Section 24(2) of the Arbitration Act, 1950, the court could review the authority of a tribunal to deal with the claims involving issues of fraud and determine those claim itself. However, under the English Arbitration Act, 1996, there is no such restriction and the arbitral tribunal has the jurisdiction to consider and rule on issues of fraud.

According to the basic principle and the object behind Arbitration and Conciliation Act, 1996, the arbitration is essentially a voluntary assumption of an obligation by contracting parties to resolve their disputes through a private tribunal where the intention of the parties is expressed in the terms of their agreement and out of which, the parties had the knowledge of the efficacy of arbitral process can be inferred. Therefore, it is the duty of the court to refer the parties to arbitration so that the purpose and object of Arbitration and Conciliation Act, 1996 could not be destroyed.

Further, this principle should guide the approach when a defence of fraud is raised before a judicial authority to oppose a reference to arbitration. The arbitration agreement between the parties stands distinct from the contract in which it is contained, as a matter of law and consequence. Even the invalidity of the main agreement does not ipso jure result in the invalidity of the arbitration agreement. Parties having agreed to refer disputes to arbitration, the plain meaning and effect of Section 8 must ensue.

According to the 246th Law Commission Report, two views in this regards have been expressed, one is in favour of civil courts in case of serious fraud and other view in favour of Arbitral Tribunal. This brings into force that the Law Commission has recognized that in case where there is serious fraud, it has to be dealt by the Civil Court and in case where there is fraud simplicitor, it can be determined by the Arbitral Tribunal.

Therefore, if the court finds that there are serious allegations of fraud which make virtual case of criminal offence or where the allegations of fraud are so complicated that it becomes absolutely essential to be decided by the civil court, the civil court can side-track the agreement by dismissing the application under section 8. It can also be done in case where there is forgery/fabrication of documents in support of the plea of fraud. However, reverse position of this would be that where there are simple allegations of fraud touching upon the internal affairs of the party and it has no implication in the public domain, the arbitration clause need not to be avoided.

In the present case, as per the facts the SC didn’t find fraud to be so serious which the arbitrator cannot take care of. Therefore, the SC revised the judgements of the lower courts, allowed the appeal and referred the parties to arbitration.

The Supreme Court observed that the doctrine of separability and kompetenz-kompetenz (embodied in Section 16 of the Act) helped the arbitral tribunal retain powers to adjudicate upon matters without court intervention. The SC attempted to strike a balance in the considerations of arbitrability of fraud. It held that while matters that involved allegations of “serious fraud” would not be arbitrable, matters that had “mere allegations” of fraud were arbitrable.

According to the facts in the present case, the Supreme Court didn’t find the fraud to be so serious which the arbitrator cannot take care of. Hence, the Supreme Court changed the judgements laid down by the lower courts and allowed the appeal and referred the parties to the arbitration. It was observed by the SC that, section 16 of the Arbitration and Cancelation Act helped the arbitral tribunal to retain its powers to entertain the matters without intervention of the court, as the doctrine of severability and kompetenz-kompetenz are embodied in section 16 of the Arbitration and Conciliation Act. The Supreme Court had tried to balance the dispute of arbitrability of fraud by laying down that the matters where fraud is of serious nature would not be arbitrable and where there are mere allegations of fraud would be arbitrable.

The supreme court also drew the difference between allegation which are simple in nature and the allegations which demand evidence which is complex in nature and requires to be proved beyond reasonable doubt, which can only be done by civil court and not by an arbitrator. Therefore, the matters of fraud which are not so complex and are just mere allegations would be arbitrable and the court is bound to refer those matters to arbitrator. According to the SC, the Swiss Timing case and Radhakrishnan case were on different subject matters therefore, the Swiss Timing case didn’t have precedential value as compared to the Radhakrishnan case.

The controversy over arbitrability of fraud has been now settled as the Supreme Court has now laid down by ending the dispute regarding the applicability of the principle which was laid down in Swiss Timing case over the principles laid down in Radhakrishnan case. The Supreme Court laid down the approach that has to be followed by the court while dealing an application under Section 8 of the Arbitration and Cancellation Act where the contention of fraud is alleged.

Further, it was also laid down by the Supreme Court that where the courts are dealing with international jurisprudence on the matter of arbitrability, the courts have to decide while considering other common law jurisdictions, should evolve towards strengthening the institutional efficacy of arbitration.

Whereas this verdict is a wanted step and in the exact direction, however it would still leave the grit regarding the gravity of the swindle to the idiosyncratic resolution of the court. Therefore not only would scam be obligatory to be specifically pleaded, the fraud pleaded would mechanically require to be of a serious and severe nature. The Court has also delicately stated that accusations of swindle can be adjudicated upon in courts when the person against whom such allegations are flattened desires to be tried in court. This will be a supplementary factor to be dignified by courts in deciding applications for locus to arbitration. It will also be decisive for courts to dissect if fraud is directed at the arbitration agreement, thereby inculpating the agreement (and the resultant arbitration, the same being creature of the arbitration agreement), as contra-distinguished from the main contract.

The verdict acts as a fail-safe judgment as it takes into interpretation universally-accepted principles of kompetenz kompetenz, separability and party autonomy as the epicenter of settlement, and accords due respect to ordinary business reasoning underlying arbitration clauses in contracts. It reinforces the intention of the judiciary to be a partner in arbitral proceedings and offer backing, both in an active and unreceptive manner, where questions arise with respect to reference to arbitration.

Keeping the above judgements in mind, we can conclude with the fact that wherever such disputes are there which consist of the both nature civil as well as criminal and where the dispute is a subject matter to Arbitration due to valid arbitration clause, the Courts can only entertain, if the nature of the matter is grave and evidence are required to prove the dispute and taken on record.