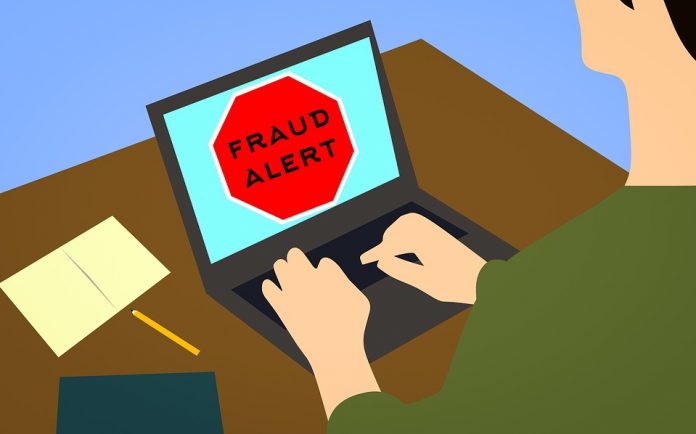 This article has been written by Diva Rai, a student of Symbiosis Law School, Noida. In this article she discusses fraud and deceit in torts, their elements, damages and remedies to it.

What is the Tort of Deceit?

When a person intentionally and knowingly deceives another person into an action that damages them, it is a type of a legal injury that occurs. Deceit specifically requires the tortfeasor to make a factual representation very well knowing of the fact that it is false, or indifferent or reckless about its truthfulness, intending that the other person relies on it, and then act in reliance on it, to his own harm. Under section 421 of the IPC or the Indian Penal Code and 17 of the Indian Contract Act (ICA), fraud is defined.

What is the meaning of Deceit and Fraud?

Fraud – a false or untrue representation of the fact, that is made with the knowledge of its falsity or without the belief in its truth or a reckless statement which may or may not be true, with intention to induce a person or individual to act independent of it with the result that the person acts on it and suffers damage and harm. In other words, it is a wrong act or criminal deception with an intention to result in financial or personal gain. In Dr. Vimla vs Delhi Administration [1], it was held that fraud is an intention to deceive involving deceit and injury to another person as its two elements.

Illustration: False insurance claims made by one to their insurer in case of a motor accident.

Deceit– a tort arising from an untrue or false statement of facts which are made by a person, recklessly or knowingly, with an intention that it shall be acted upon by the other person, who would suffer damages as a result. In other words, it is the practice or action of deceiving someone by misrepresenting the truth. In Ram Chandra Singh vs Savitri Devi [2] it was held that deceit was a fraudulent misrepresentation that consisted of leading a man into damage by recklessly and willfully causing him to believe and trust an act according to it.

Illustration: Drawing a cheque and presenting it to the creditor in the knowledge that it will not be paid.

What is Fraudulent Misrepresentation?

Example- If a jeweler sells a diamond ring which is later discovered to be a is crystal, then it is a fraudulent misrepresentation.

What are the elements of Fraudulent Misrepresentation?

The elements for fraudulent misrepresentation are:

What is meant by Fraudulent Concealment?

Mere non-disclosure when a party has a duty to disclose. The essential elements to establish a prima facie case of fraudulent concealment are:

It is not an actionable fraud wherein material information is known to a party and not to the other party. Responsibility or duty to disclose acknowledged information arises in which the party with the expertise of the facts is in a fiduciary or confidential relationship. The inability to disclose a negative fact that might have a foreseeably discouraging impact on income expected to be created by means of business is tortious.

Intentional active concealment exists where a party knows of the defects in a property, deliberately conceals them, actively prevents investigation and discovery of material information by way of the other party, makes misleading statements, does not speak honestly or suppresses facts.In a claim of fraud that is by a false promise, the essential elements are as follows:

Proof of Intent not to perform

What is Negligent Misrepresentation?

The essential elements by a negligent misrepresentation for a claim of fraud are:

Difference  between Criminal and Civil fraud

What are the essential elements for the Tort of Deceit?

A claimant in deceit must prove the following elements-

False representation- This means that the defendant lied or misrepresented the facts. In Pasley v. Freeman [3]-

Knowledge of falsity- The defendant must know that the representation was false, or at least had no genuine belief that it was true. In Derry v. Peek [4]-

Acting on the statement- The defendant made the representation with the intent that the plaintiff should act upon it. In Langridge v. Levy [5]-

What are the Remedies given?

The tort of deceit is a cause of action that enables the victims to recover the financial loss that has been incurred due to being deceived. These losses can also include the cost of the investigation of the fraud. The four essentials must be fulfilled and the statement must be both false and dishonestly made. The leading authority on this point is still Derry v Peek in which Lord Herschell said:

“First, in order to sustain an action in deceit, there must be proof of fraud and nothing short of that will suffice. Secondly, fraud is proved when it is shown that a false representation has been made (1) knowingly, (2) without belief in its truth, or (3) recklessly, careless whether it be true or false.”

What is the Effect of Silence?

Simply remaining silent about something will not in a usual course amount to false representation. But there are some exceptions to this rule.

Half-truths: It is a statement which only tells a part of the truth. It can be a false representation if the left out part of the statement makes what is said to be misleading and conveys some other meaning. Example- If A says, “I am a good driver. In the past thirty years, I have gotten only four speeding tickets.” This statement is true, but irrelevant if he started driving a week ago.

Failure to meet statutory requirements: In some circumstances, there is a statutory duty of the person to reveal some particular information. If in such cases he fails to do so then it can amount to a false representation.

What are the Damages given for Deceit?

The claimant is entitled to be put back into the position in which he or she would have been in if the deceit had not taken place. In other words, this means that if, for example, a claimant was led to believe they were buying a property worth Rs. 10,00,000 but the defendant knew that it was only worth Rs. 5,00,000, then the claimant is entitled to damages Rs. 5,00,000 and may claim it. This means that the defendant is liable for all losses directly flowing from their wrongdoing.

In some certain circumstances punitive damages so as to punish the person who defrauded may be levied. These are usually related to the actual losses suffered, the degree of malice and deceit showed.

What is it’s Relationship with Negligence?

It was decided in Hedley Byrne & Co Ltd v. Heller & Partners Ltd [7] ,  that individuals who make the statements which they should have known were false a direct result of their carelessness or negligence, can in certain circumstances, be liable to make compensation for any loss flowing, notwithstanding the decision in Derry v Peek. In the case of Bradford Equitable B S. v Borders [8], it was held that in addition, the person who made the statement must have intended for the claimant to have depended upon the statement. Negligence and deceit vary with respect to the remoteness of damages and harm suffered. In deceit, the defendant is liable for all losses flowing directly from the tort, regardless of whether they were predictable or not.

In Doyle v. Olby (Ironmongers) Ltd [9], Lord Denning MR commented, “it does not lie in the mouth of the fraudulent person to say that they could not reasonably have been foreseen.” So where there is an unexpected sudden downturn in the property market, an individual liable of deceitful misrepresentation is liable for all the claimant’s losses, regardless of whether they have been increased by such an unforeseen occasion. This is subject to an obligation to alleviate potential misfortunes. Contributory negligence is no defense in an action for deceit. However proving deceit is far more difficult than proving negligence, because of the prerequisite for intention.