This article is written by Devang Singh, pursuing a Certificate Course in Insolvency and Bankruptcy Code from LawSikho.com. Here he discusses “Critical analysis of the change in status granted to home-buyers and home-allottees”. 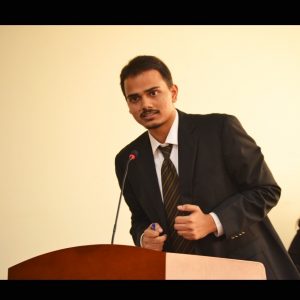 Real Estate Sector in India is one of only a handful couple of areas that have seen exponential development over the most recent two decades. It has attracted tremendous ventures from the general population who put in their well-deserved life reserve funds to open their dream homes. In the course of the most recent decade, we have seen a gigantic increment in the difficulty looked by homebuyers on account of builders and developers. Till several years back, homebuyers had just a single choice, which was to approach the Consumer Court to complaint against the builders and developers and request compensation. Be that as it may, much of the time the agreements executed by the builders were blatantly one-sided, favoring the developers and leaving no leeway for home buyers. (Besides), the Consumer Courts were already over-loaded and homebuyers or allottees needed to wait for a longer period to get their paid amount back or compensation after a score of years and multiple levels of litigation involving appeals/revisions which may move up to the Supreme Court.

In furtherance to the ILRC[1] Report[2], the Government vide Amendment No. 26 of 2018, came up with an Ordinance[3]for applying the recommendations of the committee by introducing an amendment to the Insolvency and Bankruptcy Code, 2016 (“IBC”). The purpose of the Ordinance was to expand the scope of the IBC which especially included and benefited the home buyers as they were granted a status of “Financial creditor”.

The amendment introduces home buyers into the category of financial creditors by adding an explanation to S. 5(8) (f) which defines the term financial debt. The definition is included in the act itself. Financial debt is defined as “a debt along with interest, if any, which is disbursed against the consideration for the time value of money and includes….”[4].

Under the amendment, any sum of money upraised from an allottee under a project of developer/builder is deemed equivalent to having the result of borrowing in the market aspect. “Allottee” is defined under RERA concerning to a project as a person to whom a plot, apartment or building has been allotted, sold (whether as freehold or leasehold) or otherwise transferred by the promoter. [5]

Thus, the explanation inserted vide amendment resulted in the classification of allottees as financial creditors under the IBC. We must not forget to mention that The Real Estate (Regulation and Development) Act, 2016 (RERA) has played a great part in improving the situation too.

RERA was enacted with the motive to protect the interest of homebuyers. It also aimed to augment transparency and reduce corruption in the real estate business. RERA  aimed to set in motion the process of making necessary rules and regulations in the real estate sector and for the building new infrastructure for the advancement and growth of the same.

For a home buyer/an applicant to file an application and begin with the process as a financial creditor, there ought to be a default pertaining to the financial debt. There seems to be no doubt about the term financial debt, but the question that looms large is when does a default occur? “Default” in terms of Section 3(12) of the Code means non-payment of debt when whole or any part or instalment of the amount of debt has become due and payable and is not repaid by the debtor or the corporate debtor, as the case may be.[6]

But as per the definition can a Default pertaining to a certain sum be said to occur when the agreement of sale is breached (by the corporate debtor) or when there is a long period of waiting in completion of the concerned project including giving the possession? Can an inordinate delay be considered as debt or default within the definition of IBC? In perspective of the delay in completion/handing over possession, is it an ordinate or an inordinate delay? Given such ambiguity, the provisions of RERA would help the allottee in retreating from the concerned project where the builder has flouted the agreements, but then that`s a separate act altogether and seeing how moratorium shall be applicable during that moment, how can the allottee get the benefit of RERA? Therefore, we are back to the ultimate question as to whether the amendment brought about by the Ordinance was required? Is it an indication that it is upon the discretion of adjudicator or the judge to decide how to interpret the IBC & RERA?

The problem also arises when the application is admitted to NCLT under IBC. As soon as the application is admitted, NCLT is bound to declare a moratorium period u/s 14 on any institution of or continuation of any pending suits or proceedings. The said moratorium shall be in effect from the date of the order of insolvency till the completion of the Corporate Insolvency Resolution Process (CIRP). Thus, it appears that once NCLT admits the application and a moratorium is declared, any proceedings which may be pending or to be commenced or commenced under RERA shall be suspended for the period of Insolvency or rather till completion of CIRP which should be over within 180 days, which may be further extended by a period of 90 days on written submission by Committee of Creditors (“CoC”) which makes it total of 270 days to complete the CIRP. But in practical aspect, there are only a few cases which have been completed within the given time frame.

Another facet of the same issue is in the priority waterfall mechanism prescribed by Section 53 of the IBC if a home buyer appears to be an unsecured creditor the only option to recover his payment is, after all, parties including the secured creditors and employees or workers have claimed their respective payments. So, what happens if the allottee is unable to recover any money after a resolution plan is approved? Can the proceedings under RERA continue? Given that a corporate debtor, going into liquidation may not have huge assets to meet the amount (consider writing ‘number’ instead of ‘amount’) of debts piled up combined with limited time, inadequate experience and improper accounts and documents, the possibility remains slim that home buyer shall get his share of money due. Even if after liquidation, the allottee is unable to get his due share, then there is no recourse left for him to take and he will have to be content with the meagre amount received.

We must see that the before  this amendment the only resort was to file a civil suit for recovery of dues and the precedent for same was set by the Apex Court in the case of Unitech Residential Resorts Ltd. v. Atul Gupta and Anr[7]where it analysed the issue facing home buyers and directed the said resort among other things to deposit a sum of Rupees. Seventeen Crores so that it can be distributed to its allottees who were waiting for possession of their flats for over seven years. In a similar reported case, the Supreme Court delivered a verdict against Jaypee Associates to pay Rupees Five lakhs per purchaser who got their flats after a delay of five years.

The allottees after attaining the position of a financial creditor under the code through this amendment can now approach the NCLT u/s 7 of IBC against astute developers. The allottees can now be part of the CoC through an authorized representative and can expect to see the finality of their case within 270 days. There are many aspects of the amendment that raises questions and the amendment fails to answer or rather resolve them effectively. It is a boon to home buyer or allottees but the process as to how and when they will get paid and whether their right would be above the bank`s interest or not remains a puzzle. It does seem to be a move in the right direction but the process has been made complex as to how RERA and IBC shall work together to effectively provide justice to the consumers and other creditors. Overall, with the passage of time, more lacunas and improvements shall come forward and hopefully balance each other out to make this a win-win situation for everyone.