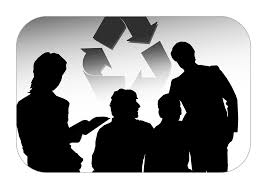 In this blogpost, Harsha Jeswani, Student, National Law Institute University, Bhopal writes about the grounds on which the courts lifts the corporate veil

The landmark judgment of Salomon v. Salomon and Co. Ltd. recognised the principle of separate legal entity of company which says that a company has a separate existence from its members. This concept thus protects the shareholders from being personally liable for the company’s wrong and its obligations. In other words, unlike a partnership, the liability of members of the company is limited to the extent of capital contributed by them. This means that whenever any wrong is committed by the company, then its members cannot be held liable for those wrongs. The Supreme Court in the case of Tata Engineering Locomotive Co. Ltd. v. State of Bihar and others held that the corporation is a natural person and has its own existence. The entity of member is entirely distinct from its members; has its own name and seal; It assets are separate from its members, and similarly the liability of its shareholders is limited to the amount of capital invested by them. However, the truth is that that being an artificial person, the company is not capable of doing any act itself. The business is always carried on by individuals. In such cases, the courts lift this corporate veil of the company to identify the individuals who are actually guilty. The reason behind it is that no individual can misuse the veil of the company to hide his own wrongs. This is known as the lifting of the corporate veil or piercing the corporate veil.

“A corporation is considered to have a separate legal entity as a general rule……but when the notion of legal entity is used to defeat public convenience, justify wrong, protect fraud or defend crime, the law will regard the corporation as an association of persons.”

In Life Insurance Corporation of India v. Escorts Limited and Others[1], the Supreme Court laid down two major instances when the corporate veil is lifted. These are –

Officer in Default (Section 5 of the Act) – This Section talks about the liability of ‘officer in default’ that is those individuals who are involved in wrongful or illegal acts are liable in respect of the offences committed by them. Thus, this section talks about the joint and several liability of the members. The term ‘officer in default’ includes a managing director or a whole-time director.

Reduction of Membership (Section 45 of the Act) – A public company requires at least 7 members for its formation and a private company requires at least two members (Section 3 of the Act). However when a company has been formed without complying with this minimum requirement and continues to carry on its business, then each member who knows such fact is individually liable for any debts contracted by the company during that time.

Improper use of Name (Section 147 of the Act)– Sub-section 4 of Section 147 of the Act provides the liability of  the officer who signs Bill of Exchange, Hundi, Promissory note, cheque under the improper name of the company. Such officer shall be to the holder of such Bill of Exchange, hundi, promissory note or cheque as the case may be; unless it is duly paid by the company.

Fraudulent conduct (Section 542 of the Act)– If at the time of termination of the corporation, it is found that the activities of the company were carried to deceive the investors of the company then the individuals who had knowledge of such business would be personally liable for any loss caused to such investors as the court may direct.

Apart from the statutory provisions, the courts in India on its own discretion also lift the corporate veil on certain grounds. Some of the cases in respect of this are-

FRAUD OR IMPROPER CONDUCT– the most common ground when the courts lift the corporate veil is when the members of the company are indulged in fraudulent acts. The intention behind it is to find the real interests of the members. In such cases, the members cannot use Salomon principle to escape from the liability. In one of the leading cases of Shri Ambica Mills Ltd., Re, [2] the court held that the corporate veil of the company can be lifted in cases of criminal acts of fraud by officers of a company. Similarly, the court pierced the corporate veil in the case of VTB Capital v. Nutritek[3]and held the directors personally liable for obtaining loan fraudulently.

Tax Evasion– Sometimes, the corporate veil is used for the purpose of tax evasion or in order to avoid any kind of tax obligation. It is not possible for the legislature to fill all the gaps in the law and thus it is important for the judiciary to interfere. In such cases, the courts lift the veil of the company to find out the real state of affairs of the company. The leading case of Vodafone[4] was an example of the corporate structure formed to evade the taxes. The apex court in this case observed that – “Once the transaction is shown to be fraudulent, sham, circuitous or a device designed to defeat the interests of the shareholders, investors, parties to the contract and also for tax evasion, the Court can always lift the corporate veil and examine the substance of the transaction.” The Court, in this case, entitled the Income Tax Office to pierce the corporate veil of the company.

Company as an Agent– In every case where a company is acting as an agent for its shareholders, in such cases the principle of vicarious liability is applied, and the shareholders will be responsible for the acts of the company. The court in such cases would look at the facts of the cases to determine whether the company is acting an agent for its members or not. This can be inferred either from the agreement where it has been expressly mentioned or can be implied from the circumstances of each case.

Thus, it is can be said the doctrine of the separate legal entity of company is not applicable in all case. There are instances where the court moves beyond this principle and lifts the corporate veil. However, the grounds for piercing the veil are not exhaustive. It depends on the facts and circumstances of each case. Apart from the statutory provisions, the Courts in India have time and again lifted this veil in cases of fraud, sham, tax evasion and other obligations to impute the liability to the shareholders.

However, the concept of piercing the veil, though used often, is still in its initial stage. Also the judicial pronouncements with respect to lifting the veil vary with each court’s views depending on facts of the case. Therefore, it is importance that the courts must remove this ambiguity by providing a comprehensive framework of instances where the corporate veil can be lifted.