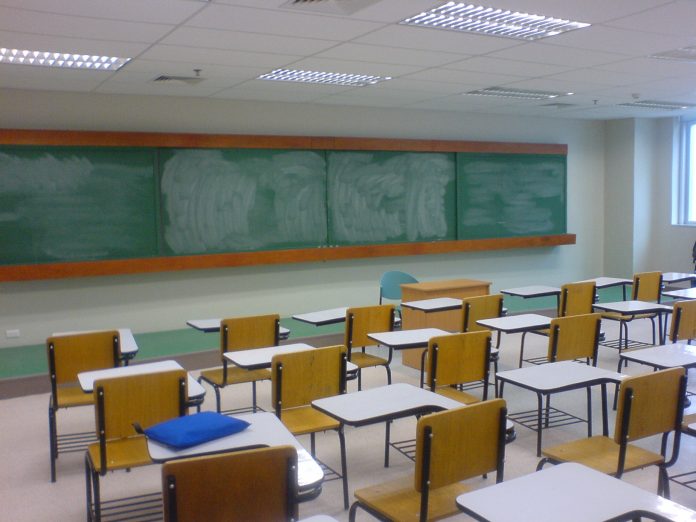 In this article, Aklovya Panwar of Institute of Law Nirma University discusses the impact of GST on the education sector.

Whenever there is a discussion over the growth and development of a nation, the first thing taken into consideration is the strength of the education sector of that nation. The literacy of the nation plays a major role in the stability of a nation. It is the foremost sector of an economy on which the future of that particular economy is based. Similarly, the government of India has also made it a fundamental right after passing the most ambitious act in the parliament in 2009 i.e., Right of Children to Free and Compulsory Education Act. Thus, it is a duty of the country to provide quality education at an inexpensive rate. Following this duty, the GST Council tried to put the education sector away from the GST regime similar as other services are exempted.

The education related services which has been exempted from the levy of taxes, in the new GST regime are the service provided by any educational organisation to its students, faculty and staff, which will include their “transportation, catering, mid-day meals scheme sponsored by the government, services related to admission or conduct of examination, cleaning, housekeeping, security of the educational institution up to higher secondary”. The notification says that services provided by pre-schools or higher secondary educational institutes, private or government, shall remain tax-free.

Services provided by the Indian Institutes of Management, as per the guidelines of the Central Government, to their students, by way of the following educational programs, except Executive Development Programme-

At the display, a Service charge is not forced on instructive administrations that are in the ‘Negative List’. The ‘Negative List’ comprises of Educational administrations that are ‘a part’ of the educational programs stipulated to secure a degree or a qualification perceived by the Law, part degree courses directed by schools, colleges or organizations to accomplish a qualification endorsed by Law. It also includes the Vocational training for expertise development.However, in 2016 government has eliminated education from the negative list still some of the parts treated the same way as before. In any case, coaching or training related services that sustain instructive necessities have been ordered independently from the educational category. As services relating to the educational exercises led by training and coaching foundations don’t prompt getting legitimately perceived qualifications, these would not be conceded tax relief.

It is plainly apparent that fundamental education or the K-12 education segment will pick up from the GST strategy as it is authoritatively barred from the tax regime in the present situation. In any case, the condition connected in this manner can’t be disregarded. As indicated by the GST exemption classification for educational and training services, there is clear say of exclusion of GST just for administrations taking into account pre-school till higher secondary education.As universities and other advanced education organisations have not been specified in the exception list, we can expect that the taxes imposed on the administration’s rendered by them would be at 18%. Higher education in the private sector will turn out to be more expensive. Now,Competition for confirmations in government schools/universities/institutions will increase. There will be a 3 to 5% of the duty climb on the cost of services that will in the long run influence the ordinary citizens.

This is a matter of great concern because every individual is not able to get government college and as an alternative they have private institutions .Now,private institutions financial expenditure has raised due to the new tax regime.This a very heavy burden for the middle class families who are trying educate their children leaving no stones unturned.They are taking loans from bank, from families etc. and are in debt already.

Because in the event that we take cases of other nation like GREECE for example, forced a 23% Value added tax (VAT) on private educational foundations in 2015.”“It looked like a double win that would simultaneously please creditors and demonstrate the government’s commitment to helping the underprivileged. Obviously, it did not one or the other“, The Economist gave an account on October 30, 2015.Within months, reasonably priced private schools were compelled to close down. The individuals who endured as an outcome were the people belonging to the rich as well as middle and lower-salary groups.Private schools situated in working class areas charged reasonable educational cost expenses and pulled in working class parents who were  keen their children receive a decent education. The VAT likewise stressed an effectively overheated state education framework.

2.What about the training programs?

Before getting into the impact of GST over the coaching institute, first which has to be focused is the report of Asian Development Bank (ADB) of 2012 which says that around 83% of Children from High School consume their time in school, extra-curricular activities, and tuitions at the coaching centers. The ADB study, ‘Shadow Education: Private Supplementary Tutoring and Its Implications for Policy Makers in Asia,’ estimated the sector to be growing at over 15 per cent each year after excluding the small coaching centers.

This shows that the coaching centres are at the mainstream for children’s education and everyone from rich to lower middle-class families are approaching for these non-conventional ways of training and studying.Now,GST has raised the tax to 18% from 14% over these coaching centres. This will act as a burden for every child who pass out from 12th standard and though of coaching for IITs and other competitive examinations.

As said by R K Mishra, director, Institute of Public Enterprises (IPE) that non-regular courses of shorter length, preparing programs for working individuals are altogether taxed at 18%, which will influence organisations and furthermore course students. Takers for short-term, mid-career and non-conventional courses will increase immensely later on, because of career prerequisites and this will be a weight on them. Similarly, Y Lakshman Kumar, dean and director, Hyderabad Business School, GITAM University showed his concerns and said that the exception will push for most extreme proficiency with a more prominent scope. Nonetheless, coaching and training institute organisations are in enormous number conferring different skills to students and professionals. In this way, the legislature ought to contemplate over exempting or diminishing expense on these courses, and take after strict controls measures to crack down on substandard or unscrupulous institutes.

Another area of worry for the education and training division is the taxability of educational occasions organized out by a foreign based entity in India.Accordingly, these foreign entities organize educational training events in India which are attended by individuals, participants from business entities and overseas participants as well and would become liable to GST. While these exclusions would support the instruction part, however, these training foundations would at present persevere through the GST load on certain information supplies, for example, leasing, media transmission, occasion related use, buy of products and so forth. These provisions would still be an info impose taken a toll for training foundations. This area looks forward to a GST exclusion in regard of the all expenditures brought about with the goal. that the input tax cost does not raise the key cost of the education resources..

The Government did not have any desire to radicalize the whole framework in the principal period of imposing GST and needed to have ‘a smooth arrival’. In any case, there may be plans for adjustments or changes in the offing. We can trust that given the significance of instruction in our general public, the Government will actualize proper measures to make education and training at all levels the minimum troubled scenario.As of now, the Indian government spends about four percent of its GDP on education, of which 50 percent is allocated to primary education, including educational institutions for higher education, private players as well as coaching institutions under the lower tax slabs, which will help improve the quality of education in the country, as well as ensure proximity and, hence, access.Moreover, seamless credit on input tax should be implemented across the supply chain, in order to bring down the total cost of education upon India’s journey into the GST era.