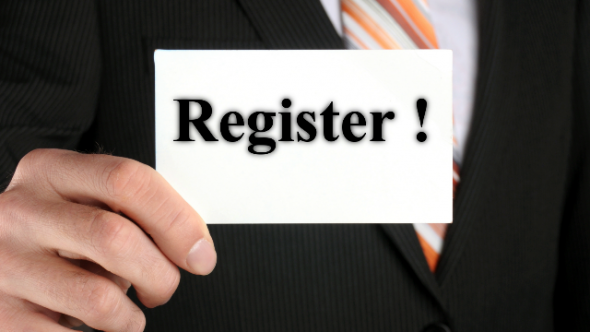 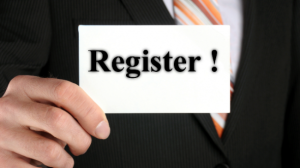 Since 2010, anyone who wants to practice in a court of law in India needs to obtain a ‘Certificate of Practice’ by passing the All India Bar Exam (AIBE) which essentially tests the basic level of skills required to practice law. Enrolment in the Bar Council of the respective state is a pre-requisite for the same.

With AIBE-VII being round the corner, all the law graduates who had always dreamt in law college of galvanizing the judge by their brilliant arguments in the court with their robes on, are finally witnessing the hassles involved in the process of getting themselves registered with the Bar Council. Although the registration process for AIBE is quite convenient, the same cannot be said for the Bar Council Enrolment. This write-up will, therefore, deal with the problems faced by the law graduates in getting themselves enrolled in the Delhi Bar Council specifically, through the fictional story of a 2014 law graduate, based on the experiences shared by a number of recent law graduates.

While interning in High Court this summer, I ran into one of my seniors, Raman, who had graduated last month. He had always been an inspiration for me because of his optimistic outlook. But that day he looked worn out. Concernedly, I asked him, “What has been up with you lately?” He told me that he has been trying to get himself enrolled in the Bar Council of Delhi and is tired of the perplexities of the whole procedure. “How tiring can it possibly be?,” I asked. He said that he is going to the Council office to enquire about the date of issuance of the Certificate of Enrolment and explained the blemishes of the whole process on the way:

An obvious step before registration anywhere is to be aware of the procedure. Raman was taken aback by the official site of Bar Council of Delhi when he first saw it. The section laying down the procedure for registration merely mentioned the address of the Bar Council office from where the application form can be collected, listed only half of the documents that have to be submitted and explained the process of scrutinizing the application form by the Enrolment Committee. Disappointed, he called at the Council’s helpline number to know the procedure but all in vain. The procedure for enrolment which is the most basic information was nowhere officially notified.

Haphazard Steps involved in the Registration:

I was dismayed to hear the intricate procedure. Let alone the fact that there is no online procedure for registration in such a technologically advanced era, the current procedure has a number of unnecessary steps. Wouldn’t it be more convenient for both the candidates and the Council if the forms and challans were to be procured and payment to be made at the same place (IDBI Bank)?  Or if the form and the challans were available online and the payments could have been made through NEFT/Debit Card/Credit Card? The whole registration for AIBE (except the payment mode) is also done electronically and the challans are available online. Most of the educational and business institutions these days have electronic provisions for the enrolment and payments. The same facilities can be made available for the Bar Council Registration also which would save the time of the authorities as well as the candidates and make the process easier and expeditious which currently takes a week to be completed.

Attestation of the Documents:

All the documents for submission for enrolment have to be attested by self and any Government Officer who is a Class II (or higher) gazette servant of the Government. Hence, Raman went to his area’s SDM who attested his documents after 3 hours of waiting. He told me about Garima, who had also come to get her documents attested but had forgoten to get some of the original documents. The SDM attested her duplicates anyway on her plea. Confused, Raman asked himself, “What is the point of getting these documents attested by the Gazetted officer when they are not even bothered to actually verify the original documents? How will SDM defend himself in case he is held liable if the duplicate documents were fabricated?”

“This is not all,” he said. His original documents and the form were again verified in the Council office when he went to the council office to submit his receipts of the 16 slips obtained earlier. “When the original documents were to be reviewed again at this stage, why did I spend 3 hours in the SDM’s office the day before?” he complained.

Raman’s concern regarding attestation is not unsubstantial. PM Narendra Modi had also recently suggested the government department that they should do away with attestation of certificates by gazetted officers; instead, documents should be self-attested because it is a hassle for the common man to get it attested from gazetted officers. Anyway, the original documents are required to be produced at the final stage.

Passive attitude of the Enrolment Committee:

An Enrolment Committee sits once in every 10-15 days for scrutinization of the applications. Raman was informed that he’ll have to appear for an interview on the next date of sitting of the committee. However, the timings of the interview were not specified. Nevertheless, he went for the interview all prepared. He found himself amidst 80-100 people waiting for the committee to arrive since 2 hours. The committee members arrived at 6pm. Initially, they called in the female candidates for the interview. Two minutes per candidate was being taken where they were only asked casual questions. After interviewing 10 candidates, the committee members declared that the enrolment applications of all the 80 candidates have been accepted due to time constraints and the candidates will be intimated individually in case of any deficiency in particular application forms. However, the date of issuance of such certificate and ID Card was not intimidated and they were asked to keep checking about the dates regularly themselves.

Raman told me about Siddharth, who had applied for the registration through Tatkal procedure (which is a faster process as it deviates the need of waiting for the interview) whereby he paid Rs. 3000/- and his file was handed over to him and he was asked to get the signatures from all the Members of the Enrolment Committee individually. I grinned and said, “Then what did he pay Rs. 3000/- for, when he himself had to go after all the members for the signatures?”

Moreover, the concept of an interview by the Enrolment Committee is superfluous as the documents and forms are verified at the Bar Council office and an examination to test the skills of the candidates is conducted as AIBE.

No fee relaxation for Indigent Persons:

Where some people are paying Rs. 3000/- for nothing  under the Tatkal scheme, one of my friends, Rekha, couldn’t apply for bar council registration this year because of economic constraints as the whole process involves a cost of around Rs. 13,000/-. The current provision of fee relaxation in Delhi Bar Council Registration is for the people belonging to (SC/ST Category). The economic status of the person is immaterial under the present criterion.

Hearing the whole procedure, obtaining a Certificate of Enrolment does not seem less than obtaining a decree for a client.  Raman and I, in this whole process realised that not only the journey of becoming a good lawyer is tough but also the journey of obtaining the Certificate of Enrolment from the Bar Council is. However, it should not be misconstrued that the problems in registration process exist only with the Delhi Bar Council, the procedure of enrolment in the Bar Councils of almost all the states is equally cumbersome. There are a number of haphazard and unnecessary steps involved which unnecessarily delays the procedure. Thus, there is a need of a more effective, expeditious and convenient procedure. Most importantly, such procedure should be clearly notified in an official declaration by and on the official site of the Bar Council.