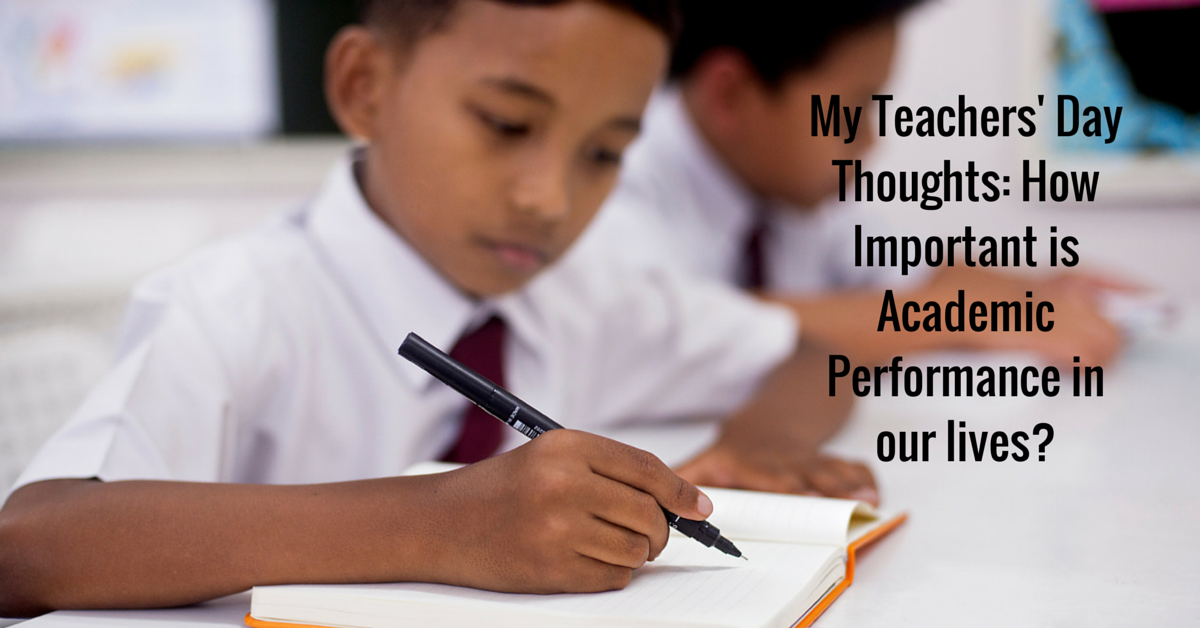 What leads to success?

At the time and the environment in which I grew up, I was made to believe that academic performance is the only ticket to upwards social and financial mobility. I was told that test scores and GPA are things that will determine how I live the rest of my life. People who don’t excel academically are doomed for their lives. This was repeated by parents, teachers and peers, who had our best interests in their mind, and we all believed this.

Now I strongly believe that how you will do in your life does not have much correlation with how your academic performance in school or college has been.

Success has correlation with knowledge and skills, which are dependent on learning, but academic performance is another animal altogether, which is not really an early indicator of success.

I met many of my college batch mates recently, several years after we parted ways and started pursuing our respective professional careers after finishing our law degree, and this belief was further strengthened. Many of my friends who were not very serious about their academic performance in law school are now doing as well as the studious ones, sometimes even better.

And there we were, throughout our teenage and early twenties, made to believe that academic performance is the only way to succeed in life. Many were made to feel worthless and worse because they did not score well in subjects that they were not at all passionate about.

Many of those who maintained impeccable academic records were absorbed into predictable and popular career options – only to realize later that they are not really passionate about what they are doing. Such disconnect from the work one is doing leads to deep dissatisfaction and unhappiness. Many of them have remained stuck in careers they do not really like because they are not sure they can start another career from scratch. In another way good academic performance harms young minds is through creation of hubris, which comes in the way of success. Of course, there are many who were studious students who are doing very well in their chosen area.

A majority of those who did not have exactly glowing academic records, however, seem to have worked hard after graduation, taking more risk and opting for career options which are not yet popular and not as overcrowded. They were rewarded very well.

The point of writing this post is not to denounce or condemn those who do well academically – I just wanted to point out that academic performance will not necessarily dictate the rest of your career or life.

Do what you really want to do, and you are never left behind or worthless if you are ready to put your mind and work into something valuable. Do not let parents, teachers or anyone else tell you otherwise.