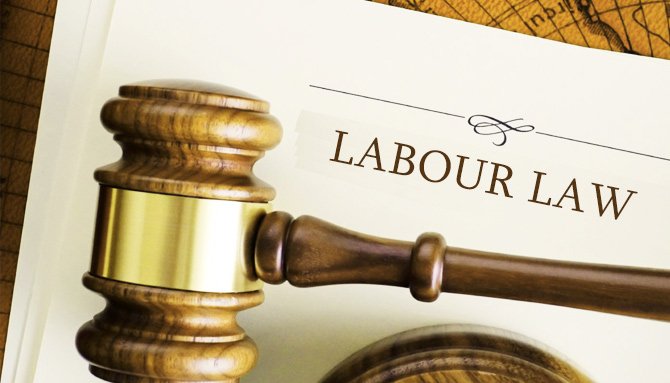 This article on the important labour law amendments in 2016 is written by Shruti Sharma, pursuing Diploma in Entrepreneurship Administrative and Business Law from NUJS, Kolkata.

The major amendment made in child labour act:

Parliament has passed child labour Prohibition and Regulation Amendment Bill 2016 after 30 years to ban child labour till the age of 14 years.

The word “child” has been defined under sec 2 sub-clause (ii) as the person below 14 years of age.

The amendment which has become the conundrum for the public is that the Parliament continues to allow children to work in the family-based enterprises.

An exception clause has been added which states that:

It is the term “help” which has been made criteria to perform work or not and can turn out to be the biggest lacunae in the child labour act as earlier also the children were being exploited in the namesake of the family work like working in the bangle making factories, zari works, carpets etc.

So, even the adolescents have been prohibited from working in hazardous enterprises but subject to the notification of Central Government where they can permit them to work.

As per Section 14 A, the offence under child labour has been made as a cognizable offence no matter what has been provided in the criminal procedure code.

The term “cognizable offence “has been defined under Sec 2(c) of Crpc “it is an offence where the police officer doesn’t require the permission or authority from the jurisdictional Magistrate before investigating the case and issue warrants”. Therefore, by making the offence under child labour act cognizable it has made quick and easy for the public to get the investigation being done and lodge an F.I.R against the culprits.

Secondly, as per section 14B and C, the government has made provisions for not only the punishment for the employers but also for the rehabilitation of the victims of this child labour practice.

The government shall constitute a Fund named as “Child and Adolescent Labour Rehabilitation Fund” in every district where the fine realized from the accused employer shall be credited.

In addition to this, the Government shall also deposit Rs 15,000 in the fund of the victim child. Moreover, the exclusive power has been provided to the District Magistrate (DM) as he may on the application of the accused compound the offence if committed for the first time. The compounding can be made in any ways like paying compensation to the victim child etc.

In the same lines, the punishment has also been amended in two different categories:

The imprisonment shall be for a term which shall not be less than 6 months but which may extend to two years if a person employs any child or permit any child to work in contravention to section 3 as provided in the act.

Secondly, the major amendment made in ESI Act where:

Moreover, it is a very good step as now by increasing the threshold of the wage limit; more and more employees can have benefit of ESI schemes. Under Employee’s Pension Scheme if members want to continue to avail the benefits have to furnish Aadhaar number or undergo the Aadhar authentication process.

The Payment of Bonus (Amendment) Bill, 2015 proposes to increase the bonus payments from Rs. 10,000 per month to Rs. 21,000 per month. Another major Labour law changes were made in Haryana under Industrial Disputes (Amendment) Bill, 2016 that it allows enterprises with up to 300 employees to lay off workers without the permission of the government.

Moreover, as per the new amendment under Industrial Disputes Act 1947; sec 2 a, any workmen may directly approach the Labour Court and Tribunal directly without any Conciliation in case of their termination, discharge and dismissal from the services.

Recently, the government of Tamil Nadu has stated that IT professionals also comes under the purview of the Industrial Disputes act. In the case of Raj Kumar versus Director of Education, it has been reiterated that the definition of workman under ID act includes any manual, unskilled, skilled, technical, operational, clerical or supervisory.

The maximum payment under gratuity has been extended from Rs. 3,50,000 to Rs 10,00,000. As per the Payment of Wages (Amendment) Act, 2017 “All wages shall be paid in currency or current coin or by cheque or by crediting the wages in the bank account of the employee.”

As per the Industrial Employment (Standing Orders) Central (Amendment) Rules, 2017 in Schedule, in item 1, after the words “fixed term employment workmen in apparel manufacturing sector “, the new line will be added as “fixed term employment workmen in the made up sector”. The another major reform which has been made in the Maternity Act is really a praiseworthy as they protect the employment of women during the time of her maternity i.e. full paid absence from work etc.

The proposed amendments to Maternity Benefit Act, 1961 are as follows:

It is a step towards woman empowerment and which is really a need of an hour and by passing an amendment on these proposed changes would really help the women to continue with the jobs which unfortunately they have to quit because of all the personal stuffs.

The interesting part of the Bill is that it provides 12 weeks of maternity leave to:

Further, the leave shall be calculated from the period when the child is handed over the adopting or commissioning woman. In this regard, the woman is required to be informed about their maternity benefits the moment they are appointed.

At last, we can conclude by saying that the labour laws are always passed for the benefits of the employees as well as employer. It always tries to provide a balance in the relationship between the employers and employees.

New amendments are made to further the benefits to employees. But in certain amendments and proposed bill certain clauses and changes have been criticised such as in the Maternity Bill the women in an organised sector has been taken care of but the unorganised sector remains untouched there are many women who works as a farmer, casual workers, self-employed.

In India, most of the women work as a contractual worker who are not even considered under the labour law. The new concept of Paternity leave is also getting importance in India but no certain legislation has been made for it.

Moreover, few companies such as Flipkart etc and start-up companies provide paternity leaves as well. Further also provide more number of leaves in case any employee of their company adopts a child. Labour legislation has been changing to provide the benefits to the employees to the maximum extent.