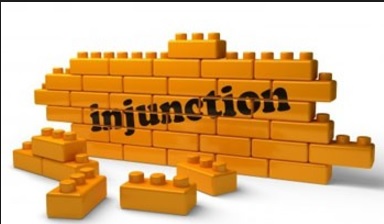 In this article, Mohammed Zain Khan, Founder and Managing Partner of One Legal, Advocates and Legal Consultants draws an assertion on the provision of section 34 and section 38 of the Specific Relief Act.

Chapter VI of the Specific Relief Act 1963 provides for Declaratory Decrees under section 34 of the Act.

Any person entitled to any legal character or to any right as to any property, may institute a suit against any person denying, or interested in denying, his title to such character or right, and the Court may in its discretion make therein a declaration that he is so entitled, and the plaintiff need not in such suit ask for any relief.

Provided that no Court shall make any declaration where the plaintiff, being able to seek further relief than a mere declaration of title, omits to do so.

Chapter VIII of the Specific Relief Act 1963 provides for Perpetual Injunctions under section 38 of the Act.

When a suit for Injunction and Declaration would lie?

Any person who has any legal character or any legal rights as to any property by virtue of title deeds or otherwise may file a suit for declaration of those rights and for injunction against any person denying or interested to deny his title to such character or right.

The Hon’ble Supreme Court has in the matter of Anathula Sudhakar vs. P Buchi Reddy & Ors, clarified the general principles as to when a mere suit for permanent injunction will lie and when it is necessary to file a suit for declaration and or possession with injunction as consequential relief which reproduced as under:

Para 11.1- When a Plaintiff is in lawful or peaceful possession of a property and such possession is disturbed or threatened by the defendant, a suit for injunction simpliciter will lie. A person has a right to protect his possession against any person who does not prove a better title by seeking a prohibitory injunction. But a person in wrongful possession is not entitled to an injunction against the rightful owner.

Para 11.2- Where the title of the Plaintiff is not disputed, but he is not in possession his remedy is to file a suit for possession and seek in addition, if necessary an injunction. A person out of his possession cannot seek the relief of injunction simpliciter, without claiming the relief for possession.

In view of the above judgment any person can file a suit for declaration and injunction with regard to any legal character or rights as to any property against any person who is denying or interested to deny his title or such character. In a suit for seeking declaration with regard to a right or title in respect of property along with consequential injunction the Plaintiff will have to pray for a declaration as contemplated under section 34 of the Specific Relief Act, 1963, an interim injunction during the pendency of the suit under order 39 of the Civil Procedure Code 1908 and a mandatory injunction under section 38 of the Specific Relief Act, 1963.

The Hon’ble Supreme Court in the matter of Dalpat Kumar Vs Prahlad Singh and Ors has provided the manner in which a temporary injunction can be granted under order 39 rule 1(c) of the Civil Procedure Code 1908 in a suit for Declaration and Injunction which is reproduced as under:

In a suit for declaration of rights or character and injunction the Plaintiff will have to substantiate/prove his rights as claimed thereof. Accordingly the Court may in its discretion award the rights so prayed along with permanent injunction if deemed fit and necessary in the facts of the case. 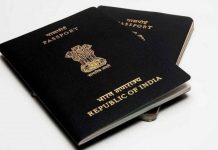