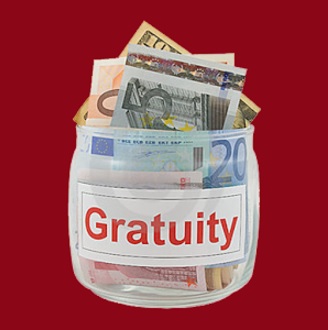 In this article, Pradipta Nath discusses Payment of Gratuity to contract labors in India.

In India, we find employers often depute outsourced deputies at their organizations. Those deputies are often called as ‘Contract labours’ and in India and the said is guided under the Act called as ‘THE CONTRACT LABOUR (REGULATION AND ABOLITION) ACT, 1970.

Be it an Establishment or Office or Factory or any where workers are employed, the CLRA Act applies. But on the other hand the implementation of this Act is delegated onto the hands of the Appropriate Government. For easy understanding, an Appropriate Authority may be the Central Government or the State Government. Different State forms their State specific rule for the CLRA’s Applicability. The below furnished CLRA applicability table can be referred for our easy view, though the applicability is always subjected to amendments.

As per the applicability of CLRA is concerned there arise no dispute or a meager on
the below aspects like:-

The main reason as to why there arise little some concerns on extending benefits based upon the above Acts, is because of S. 21 under the CLRA Act. The section basically enumerates the responsibility of the Principal Employer.

But where the case comes into the ‘Payment of Gratuity’ to the contract labours, the mater get complicated as in most of the cases the principal employer do not take the responsibility for the gratuity payment and in the opposite side the Contractors are incapable to afford the payment of gratuity to the workmen as normally in most of the cases contractors income is based upon the ‘commission’ on the total monthly bill amount.

In this article we will try to find out the answer on whether the Principal employer is obliged to pay the gratuity amount to its contract labour or not?

In order to find out the answer, the followings are taken into consideration: –

In The Superintending Engineer vs Appellate Authority on 18 July, 2012, the Hon’ble Madras High Court held that the “it is clear that it will be the basic responsibility, under Sec. 21(4) of the Contract Labour Act, of the petitioner to make the payment of gratuity and the petitioner will have a right to recover that sum from the third respondent contractor”.

Whereas, in Cominco Binani Zinc Ltd. vs Pappachan on 28 December, 1988, The Hon’ble Kerala High Court held that, “The principal-employer’s liability to pay wages is recognised in Section 21(4) of the Contract Labour (Regulation and-Abolition) Act, 1970 as well. If the contractor fails to pay the wages the petitioner will be bound to pay the same. The wages due to the workmen does not include bonus or gratuity. This is made clear by the definition of wages in the Industrial Disputes Act and Payment of Wages Act. While defining the term “wages”, the above mentioned Acts specificially excludes bonus and gratuity from its purview”.

Further also held that, “the contractor cannot recover any such additional amount from the principal employer under section 21(4)”.

Thus on analyzing the above contentions, the two commons can be drawn:-

The next, may we discuss on the definition of ‘Employer’ under the Payment of Gratuity Act.

Employer’ under the Payment of Gratuity Act

On analyzing S. 2 (f) of the Payment of gratuity Act it is found that the legislature did not put a distinction between an employer and a principal employer has not been recognized anywhere in the Payment of Gratuity Act 1972. As per Sec 2 (f) (iii) of the Act, employer means any person who has ultimate authority over the affairs of the establishment.

From the ‘Payment of Gratuity’ point of view, it is the mandate upon the ‘Employer’ to pay gratuity to the employees who suffice S. 4(1) read with S. 2 (c).

And for certain, contractors who are responsible only for supplying or providing for manpower do not owe to qualify as an ‘Employer’ under S. 2(f) of the Payment of Gratuity Act and at the same time only the ‘Principal Employer’ do have control over the affairs of the business.

Section 2 (e) of The Payment of Gratuity Act, states that employees means the person employed on wages to do any skilled, semi-skilled, or unskilled, manual, supervisory, technical or clerical work, but deliberately excluded the Apprentice appointed under the Apprentice Act.

Thus even in this case also the legislature do not segregated the Contract Labours or Company payroll employees in respect to Gratuity payment.

Hence an employee whether on-roll or through contractor, will be eligible for the payment of Gratuity upon substantiated S. 4 (1) read with S. 2(c).

Wages under the CLRA Act

Section 21 of the CLRA, envisages the responsibility for payment of Wages to the Contract Labours. Now let see the definition of Wages under the CLRA Act.

Section 2 (h) of the CLRA Act referred the definition of wages from that of S. 2(vi) of the Payment of Wages Act. It defines the term ‘wages’  as all remuneration (whether by salary, allowances or otherwise) expressed in terms of money or capable of being so expressed, which would if the terms of employment, expressed or implied, were fulfilled, be payable to a person employed in respect of his employment or of work done in such employment and includes, among others, “(d) any sum which by reason of the termination of employment of the person employed is payable under any law, contract or instrument which provides for the payment…”. However, it excludes “(6) any gratuity payable on the termination of employees in cases other than those specified in (d)”.

Upon analyzing this Section the following points can be taken up for further discussion: –

(a) on his superannuation, or

(b) on his retirement or resignation, or

(c) on his death or disablement due to accident or disease

Hence, by virtue S. 4(1) of the Payment of Gratuity Act, the ‘Gratuity’ by default is included in the definition of Wages under the CLRA Act.

When there are two provisions in a statute, which are in conflict with each other, they should be interpreted such that effect can be given to both and the construction which renders either of them inoperative and useless should not be adopted except in the last resort. Bengal Immunity Co. vs. State of Bihar (1955) 6 STC 446 (SC).

In the landmark case of B Shah v Presiding Officer, Labour Court, court applied beneficent rule of construction in construing section 5 of the Maternity Benefit Act, 1961, which makes the employer liable to pay maternity benefit to woman worker at the rate of average daily wage for the period of her actual absence immediately preceding and including the day of her delivery and for six weeks immediately following that day. The court held that Sundays must also be included and held that the Act was intended not only to subsist but also make up for her dissipated energy and take care of child. The Act was read in the light of Article 42.

In construing social welfare legislation, the court should adopt a beneficent rule of construction and if a section is capable of two constructions, that construction should be preferred which fulfils the policy of the Act, and is more beneficial to the persons in whose interest the Act has been passed. When, however, the a language is plain and unambiguous, the Court must give effect to it whatever may be the consequence, for, in that case, the words of the statute speak the intention of the legisl When the language is explicit, its consequences are for the legislature and not for the courts to consider. The argument of inconvenience and hardship is a dangerous one and is only admissible in construction where the meaning of the statute is obscure and there are two methods of construction. In their anxiety to advance beneficent purpose of legislation, the courts must not yield to the temptation of seeking ambiguity when there is none.

From the above discussion it is clear that

At the end, would like to highlight, whatever the Act contemplates it is always beneficial to have a registered contract between the Principal Employer and the Contractor specifying the payment of Gratuity to the Contract Labours. This will enable to avoid any confusion and/or dispute.

After all, it is a matter of prerogative for any type of employees to get gratuity from its employer, be it ‘Principal’ or ‘Contractor’.