This article is written by Paridhi Dave, a student at the Institute of Law, Nirma University. This is an exhaustive article which deals with the procedure of inquest report under the Code of Criminal Procedure along with several landmark judgments.

The preparation of an inquest report under the Code of Criminal Procedure, 1973 is conducted to create a record of crime as it forms an important basis for determining the commission of an offence. The process of criminal investigation is a search for truth. Under Article 21 of the Constitution of India, 1950, the right to know or the right to have correct knowledge has been included. This includes in its ambit the right to know the correct cause of the death of any person.

This article explains the provisions of the inquest report along with landmark judgments.

The term ‘inquest’ has not been outrightly defined in the Code. The meaning of inquest is to seek legal or judicial inquiry to ascertain the facts. According to the Black’s Law Dictionary, the term ‘inquest’ means an inquiry conducted by the medical officers or sometimes with the help of a jury into the manner of death of a person, who has died under suspicious circumstances or  has died in prison. The provisions relating to the inquest report are covered under Chapter XII of the Code.

An inquest report is made primarily to look into the causes of unnatural death. In the case of unnatural death, the circumstances have to be examined. The State owes a duty to its citizens to ensure their health and life. When a crime is committed, it is committed against the State. In the circumstances of unnatural death, it is the duty of the State to ascertain the cause of death and accordingly take further measures. This is the purpose of an inquest report, to establish facts that can be used to apprehend and punish the offender.

Relevant provisions under the code

Under Section 174 of the Code, the police have been empowered to enquire and report on cases of unnatural death. The first clause to the provision states that when an officer-in-charge of a police station or some police officer who is empowered by the State Government receives information that:

In the aforementioned cases, the police officer should immediately notify the nearest Executive Magistrate who is empowered to hold inquests. Further, he shall proceed to the place where the body of the deceased person is and in the presence of two or more respectable residents of the neighbourhood, such police officer shall make an investigation and prepare a report.

The statements of the witnesses which are to be so recorded during the course of the investigation are within the inhibition of Section 162 of the Code. The statement recorded under this section cannot be used as a substantive piece of evidence. It can be only used to corroborate or contradict the person making it at the trial. But, there are no restrictions on the powers of the police officers from obtaining the signatures of the witnesses on their respective statements.

Under Section 174(2) of the Code, the report has to be signed by the investigating police officer and other persons, including those who concur therein. This report is then forwarded to the District Magistrate or the Sub-Divisional Magistrate.

Under Section 174(3) of the Code, special circumstances involving the death of a woman have been laid down. This was added by the Criminal Law (Second Amendment) Act, 1983.

In the cases where:

In the aforementioned situations, the concerned police officer shall forward the body to be examined, to the nearest Civil Surgeon or any other qualified medical personnel appointed for these purposes by the State Government. This discretion must be exercised in a prudent and careful manner. The forwarding of the body should only be done if there is no risk of putrefaction on the road, which would render the examination useless.

Under Section 174(4), the Magistrates have been listed down who are empowered to conduct inquests.

These Magistrates should be empowered to function in this capacity by, either the State Government or the District Magistrate.

Under Section 175 of the Code, the police officer who is investigating may, by an order in writing, summon two or more persons as mentioned above for the purpose of conducting the said investigation. This shall include any person who appears to be acquainted with the facts of the case. All such persons who are summoned are bound to attend and truly answer all questions asked. They can choose not to answer such questions which would have a tendency to expose them to a criminal charge or a penalty or forfeiture. Under clause 2 of the provision, it is mentioned that if the facts do not disclose a cognizable offence to which Section 170 of the Code applies, then such persons would not be required to attend a Magistrate’s Court.

Contents and Particulars of the report

The report that is made by the police under Section 174(1) of the Code is not exhaustive in nature. It contains in it only the first impression of the dead body. The police officer conducting the investigation is supposed to prepare the report.

The report must contain the following details:

Section 176 of the Code of Criminal Procedure, 1973 deals with an inquiry by the Magistrate into the cause of death.

Under 176(1A), the Judicial Magistrate or the Metropolitan Magistrate within whose jurisdictional area the offence has been committed are empowered to conduct the inquiry, in the following cases.

This inquiry by the Magistrate is held in addition to the inquiry or investigation held by the police.

Under Section 176(2) of the Code, the Magistrate who holds such an inquiry is bound to record the evidence taken by him in connection therewith, according to the circumstances of the case.

Under Section 176(3) of the Code, in cases where the dead body has already been interred (placing a corpse in a grave/tomb, with funeral rites), the Magistrate to discover the cause of the death can order for the body to be disinterred and examined.

Under Section 176(4) of the Code, the Magistrate who holds an inquiry under this section should, wherever practicable, inform the relatives of the deceased person (whose names and addresses are known) and is bound to allow them to remain present at the inquiry. According to the explanation of this section, relatives ‘mean’ parents, children, brothers, sisters and spouse.

Under Section 176(5) of the Code, the Magistrate (Judicial or Metropolitan or Executive) or the police officer who is conducting the inquiry or investigation, under 176(1A) of the Code of Criminal Procedure, 1973 are bound to send the body of the deceased for examination to the nearest civil surgeon or any other qualified medical person appointed by the State Government. If it is not possible for them to do, then the reasons for not being able to do are to be recorded in writing.

The proceedings under this section are judicial proceedings and the High Court can exercise its jurisdiction over it by the virtue of Section 397 and Section 401 or under Section 482 of the Code.

Scope of an inquest report

The scope of an inquest report has been discussed in several case laws. Some of the landmark judgments are mentioned below:

In the case of Tehseen Poonawalla vs. Union of India (2018), the Supreme Court has discussed the scope of Section 174 of the Code of Criminal Procedure.

In Pedda Narayana vs. State of Andhra Pradesh (1975), the Apex Court held that the scope of an inquiry under Section 174 of the CrPC is limited in nature. It is only to ascertain whether a person has died under suspicious circumstances or unnatural death and the apparent cause of death. This above principle was reiterated in Amar Singh vs. Balwinder Singh (2003), wherein the Court observed that the section does not contemplate that the manner in which the incident took place or the names of the accused should be mentioned in the inquest report.

The basic purpose of holding an inquest is to determine the apparent cause of death. This view has been upheld in a catena of cases such as Khujji @ Surendra Tiwari vs. State of Madhya Pradesh (1991), Radha Mohan Singh Alias Lal Saheb vs. State of UP (2006).

In Manoj Kumar Sharma vs. State of Chattisgarh (2016), a two-judge bench has held that the purpose of an ‘inquest’ in cases of accidental or suspicious deaths under Section 174 and Section 175 of the Code of Criminal Procedure, 1973 is different from the ‘investigation’ under Section 157 of the Code. This was re-iterated in Bimla Devi vs. Rajesh Singh (2016), wherein it was held that the section aims at preserving the first look at the body recovered and it does not need to contain every minute detail.

In Madhu Alias Madhuranatha vs. State of Karnataka (2014), a two-judge bench of the Apex Court has observed that an inquest report is not substantive evidence. The Supreme Court held in Yogesh Singh vs. Mahabeer Singh (2017) that the inquest report can only be looked into for testing the veracity of the witnesses of the inquest.

The scope of an inquest report is extremely limited in its orientation. A recent discussion on this topic is to include the cases of ‘missing persons’ in this provision. The provisions lay down only the preliminary investigation or the ‘first impression’ of the body. The question related to the details as to how the deceased was assaulted or who was the accused or under what circumstances he was assaulted are topics which fall outside the scope of Section 174 of the Code. The provision is primarily restricted to deal with unnatural deaths and dowry deaths. In the latter cases, it enlists the special performance that has to be followed by the police personnel. 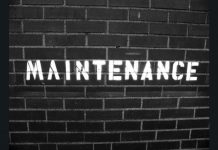 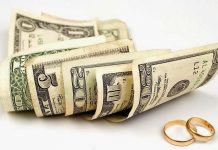 Importance of ‘quality of reason’ in dowry death cases with respect to the case of Sonu v. Sonu Yadav 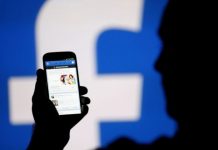 What to do if someone records your video without consent