This article is written by Uday Bhatia, a student currently pursuing BBA LLB from Vivekananda Institute of Professional Studies (affiliated to GGSIPU, New Delhi). This article accentuates the development of Pure Theory of Law & its shortcomings.

The doctrine of Grundnorm or Pure Theory of law is propounded by jurist Hans Kelsen, belonging to the positive school of thought. The theory is conceptualised on the ultimate objective of the law which is deterrence.

The literal meaning of Grundnorm is  “Basic Norm”, which denotes the norm, order, or rule, constituting a core that forms an underlying basis of all the subsequent statutes. It is characterized as the master law or grand law which is the genesis for all the laws. Although, the theory is flawed in the sense that it raises questions about the authenticity and legitimacy of the Grundnorm itself, which is the manifestation of all the other laws. While Kelsen, trying to defend the honour of the theory, answers that the Grundnorm is ‘hypothetical’; that is interpreted from a particular point of time, as the manifestation of collective will (customs, traditions, beliefs) of the society. This is how the Grundnorm gains its authenticity and legitimacy.

The usage of the term “Grundnorm” by Kelsen, can be closely traced back to the works of his colleague Adolf Merkl at the University of Vienna. Merkl enthusiastically and arduously worked on the law in the context of the hierarchical relationship of norms by employing structural research approach. This involved the fundamental norm which gives birth to all other norms and sub-norms. Each subordinate norm is authorized by its immediate superior norm, which in turn is authorized by its predecessor and likewise.

Kelsen was impressed by this thesis. He adopted it, assimilated it and reproduced it in Pure Theory of Law and further came up with revised editions. The theory is propagated on the superior relationships between the norms and sub-norms, flowing from their genesis downwards. Thus, every norm and sub-norm will finally be traced back to the point of origin. This also connotes the centralization of power in the hands of sovereign authority disseminating legal orders.

In contemporary times, the prominence of the theory is evident in the various constitutions throughout the different states, with each respective constitution representing Grundnorm which forms the basis for all the subordinate laws.

In India, this theory is given implied cognizance since there exist three independent organs of the state performing their respective functions and all the statutes, orders, rules, provisions, etc. have to undergo judicial scrutiny to pass the constitutional test. If it contravenes, violates or infringes, even so slightly (especially the fundamental rights) it is there and then invalidated and declared void.

Kelsen has based his theory majorly on science and integrated it as ‘legal science’. As science works broadly on the principle of cause and effect relationship, similarly he has adopted this part in his theory. However, science is definite and certain as evaluation of experiments yields same and approximate results. This exactitude can’t be incorporated especially in matters dealing with human behaviour. This is due to the simple fact that human behaviour is unpredictable and varies. Since, the theory is based majorly on science, it is thereby an inexact or soft science. Kelsen terms the legal norm (social statement) as (Rechtsnorm) and its descriptive legal-scientific restatement as a legal proposition (Rechtssatz).

Kelsen’s theory has no bearing, whatsoever, of customs, traditions, creed prevalent in the society time immemorially. Kelsen especially finds judgements driven by morality irrational, as the objective of law diverges. Among the other ideologies and thoughts belonging to positive school, this is the most extreme as it mandatorily enforces the rule of law on its subjects, with no ambit of leniency and flexibility. According to him, there exists only black and white, i.e. right or wrong for which the delinquent has to face consequences. Thus, the theory is driven on absolutism and coerciveness.

Kelsen was much influenced by the Austinian theory of positive law. He also acquiesced that however, the law is stringent, to ensure its proper enforceability a machinery is required.

Thus, he described legal norms as coercion by a systematic use of sanctions, applied by agents or officials.

In modern law, the above three pillars are better referred to as legislature, executive and judiciary, respectively.

Although the ideological viewpoint of both Kelsen and Austin is mirroring, but the contribution of the circumstances which culminated it, is two poles apart. In Kelsen’s case, who is known as the father of the Austrian Constitution, evaded the country due to the rise of totalitarianism and was forced to resituate in Germany in 1930. But there also, with the Hitler gaining power & support and subsequently the reign of Nazism, the torture inflicted on foreigners, especially Jews, left him disheartened and compelled him to immigrate to US, California before going to Geneva. All these events created such an impact on his psyche, that culminated in propounding one of the most stringent & extremist doctrines.

For Austin, before being a professor of jurisprudence at London University, he served in the army during the Napoleonic Wars, practising in the Chancery Bar for 7 years and heading 2 government commissions. The time served in the army instilled in him the disciplined approach owing to the obedience orders of military superiors, reflecting the same in his theory.

According to Neo-Kantians, Paulson and Harris, Grundnorm’s transcendental presupposition has 3 ingredients:

iii) Since presupposition of the basic norm, it is considered to be true.

The Pure Theory of Law was propounded as one of the revolutionized doctrine with due regard to the time in which it was propounded. It surely received some serious flak from different eminent jurists of its time (20th century), but it is also true that it comprises some glaring lacunae. Nevertheless, this theory is the foundational stone based on which varied successive contemporary, complex theoretical principles & doctrines are tailored to suit the ever-changing needs of the evolving society. 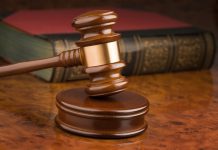 Sanction Theory and its Relevance – A Jurisprudential Analysis 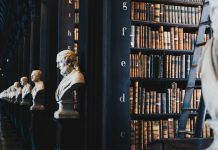 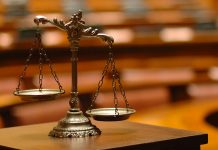 AIBE: An Exhaustive Quiz on Jurisprudence