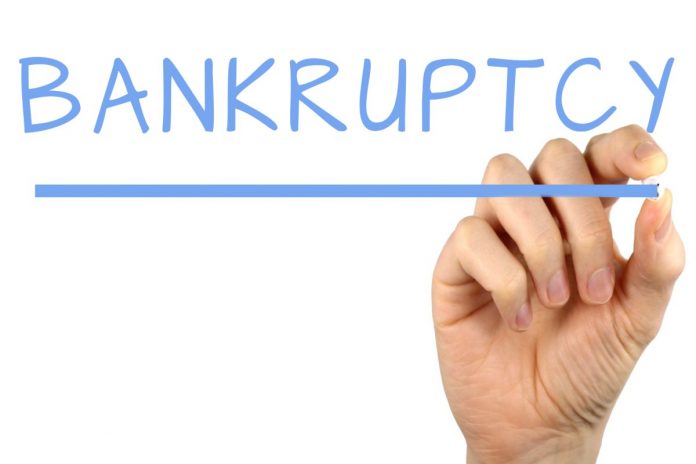 This article has been written by Astha Baderiya, currently in 4th year, BALLB, ILS college

On 21 September 2017, the Hon’ble Supreme Court delivered a landmark judgment regarding the interpretation of the terms “dispute” and “existence of disputes” and the extent of the authority of the National Company Law Tribunal (Adjudicating Authority) to ascertain if a dispute exists under Section 8 and 9 of the Insolvency and Bankruptcy Code 2016 (Code). The Hon’ble Supreme Court allowed the appeal of Mobilox Innovations Private Ltd. (Mobilox)  against the judgment of the National Company Law Appellate Tribunal (NCLAT) dated 24 May 2017. Section 8 provides for the requirements which should be complied with prior to filing an application under Section 9 of ‘I & B Code’. Under Section 8 (2) of the I & B Code, once the demand notice is served upon the corporate debtor by the operational creditor, the corporate debtor needs to inform the creditor about the payment of the debt or dispute if any, within 10 days of receiving the notice. Section 9 enshrines the right to file an application for the initiation of corporate insolvency resolution process after the expiry of 10 days from the date of delivery of demand notice.

The Debtor, Mobilox was engaged by Star Plus for conducting televoting for the “Nach Baliye” program on Star TV. The appellant, in turn, subcontracted the work to the operational creditor, Kirusa. In pertinent to this a non-disclosure agreement was executed between the parties. More than a month after execution of the aforesaid agreement, the Debtor, on, wrote to the creditor that they were withholding payments against invoices raised by the creditor, as the creditor had disclosed on their webpage that they had worked for the “Nach Baliye” program run by Star TV, and had thus breached the NDA. The Demand Notice under section 8 was sent to the Debtor, and on the reply to Demand Notice, Debtor t stated that there is the existence of a serious and bonafide dispute between the parties, of breach of NDA, therefore, there is no amount payable to the creditor.

The question before the Appellate Tribunal was with respect to the clarification of meaning of “dispute” and “existence of dispute” for the purposes of application under Section 9 of the Insolvency and Bankruptcy Code. NCLAT allowed the appeal by Kirusa. It stated that the defence raised by Mobilox was not only vague, got up and motivated to evade the liability. The NCLAT interpreted the word “Dispute” and “Existence of Dispute” and it stated that Dispute as defined under section 5 of the Act is not limited to Suit or Arbitration proceedings but it shall include any proceeding before any tribunal.

Mobilox went in appeal before the Hon’ble Supreme Court against the order passed by NCLAT.

With Reference to the notes to the Insolvency and Bankruptcy Bill of 2015, in which “the existence of a dispute” alone is mentioned; Even otherwise, the word “and” occurring in Section 8(2)(a) must be read as “or” keeping in mind the legislative intent and the fact that an anomalous situation would arise if it is not read as “or”. If read as “and”, disputes would only stave off the bankruptcy process if they are already pending in a suit or arbitration proceedings and not otherwise. This would lead to great hardship; in that a dispute may arise a few days before triggering of the insolvency process, in which case, though a dispute may exist, there is no time to approach either an arbitral tribunal or a court.

The adjudicating authority is to see at the stage, when application is filed,  is whether there is a plausible contention which requires further investigation and that the “dispute” is not a patently feeble legal argument or an assertion of fact unsupported by evidence. It is important to separate the grain from the chaff and to reject a spurious defence which is mere bluster. However, in doing so, the Court does not need to be satisfied that the defence is likely to succeed. The Court does not at this stage examine the merits of the dispute except to the extent indicated above. So long as a dispute truly exists in fact and is not spurious, hypothetical or illusory, the adjudicating authority has to reject the application.

The Court relied on and summarized various foreign Judgments and focused on the word genuine dispute while interpreting the word Dispute under section 8(2). According to the court the word genuine dispute means, a dispute which is bonafide and truly exist in fact and the grounds for alleging the existence of a dispute are real and not spurious, hypothetical, illusory or misconceived.

Court emphasized that the definition of Dispute is inclusive and not restricted to arbitration or suit only. It stated that the definition is an inclusive one, and we have seen that the word “includes” substituted the word “means” which occurred in the first Insolvency and Bankruptcy Bill. Secondly, the present is not a case of a suit or arbitration proceeding filed before receipt of notice – Section 5(6) only deals with suits or arbitration proceedings which must “relate to” one of the three subclauses, either directly or indirectly. We have seen that a “dispute” is said to exist, so long as there is a real dispute as to payment between the parties that would fall within the inclusive definition contained in Section 5(6).

There are various judgments on interpretation of “Dispute” and “Existence of Dispute” under Insolvency and Bankruptcy Code. The Mobilox judgment has broadened the scope of the definition; Dispute is not restricted to arbitration and suit but includes correspondences exchanged between the parties showing a dispute relating to payment of the debt as well. Court has into various factors before concluding existence of Dispute.