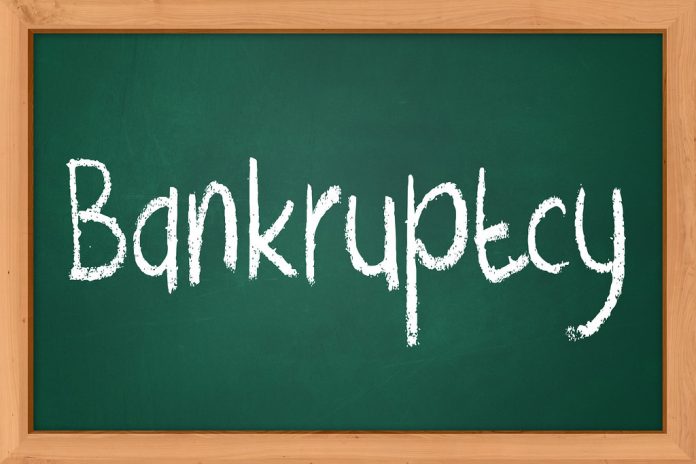 This article is written by Shilpi Goyal, an independent legal practitioner who is pursuing Lawsikho’s Executive Certificate Course in Insolvency and Bankruptcy Code.

According to statistics, India is ranked 103 in the World Bank’s rankings of how nations handle insolvencies. Before the introduction of IBC, it took companies about four to five years to dissolve operations; the number has dropped drastically to a year. This has not only increased the ease of doing business but also imbibed a stronger sense of trust in lenders and investors.

The Insolvency and Bankruptcy Code (IBC) single-handedly streamlined the resolution process for non-performing assets (NPAs) in a time-bound manner, facilitating the speedy redistribution of assets and businesses that otherwise would languish in long-drawn court processes and red tape.

The IBC has opened new avenues for lawyers and law firms. Apart from becoming an insolvency resolution professional licensed by the Insolvency and Bankruptcy Board of India (IBBI), almost every commercial lawyer is required to have a functional understanding of IBC.

The role of a lawyer is not limited to the litigation process alone, but extends to advisory aspects and drafting of documents through every step of the insolvency process.

We will segment the work on the basis of the types of clients.

Work for a Resolution Professional

There is a combination of drafting various kinds of letters and notices under the IBC and its rules, such as:

From time to time, advisory work may also be there.

Litigation work comprises of filing an application before the NCLT where:

The Lawyer shall ensure that any filing before NCLT is done in the prescribed form along with the relevant documents.

Other Works by the Resolution Professional Across various stages comprises of the Following:

There is no legal firm directly acting for the company, as you will either be advising the promoters, the resolution professional or a set of creditors.

It may be easier for promoters to approach the lawyers or the firm which acted for the company for advice on specific matters (discussed below under the head ‘Promoters’), as they would have a pre-existing commercial relationship through the company with such lawyers/ firm.

The Lender, referred to as the Financial Creditor may file an application for initiating CIRP under Section 7, IBC, when the Corporate Debtor defaults in making payment to the Financial Creditor either in whole or any part of the debt owed, where the default amount is more than Rupees 1 lakh. This usually covers banks and other financial institutions which give loans.

While filing an application under Section 7, the advocate advising the Financial Creditor shall ensure the existence of debt, and that the application is filed in proper form and format in accordance with the requirements laid down under the Code.

Not only this, the lawyer also drafts and vets the application to be filed before the NCLT

Suppliers and other creditors

Where the application is initiated by the Operational Creditor, under Section 9 IBC,  it shall serve a demand notice of 10 days to the Corporate Debtor, requiring him to pay the amount due within a period of 10 days, failing which an application for initiating CIRP would be filed before the NCLT. -Here again, the debt amount should be more than Rs 1 lakh.

Where the Corporate Debtor fails to either pay the amount due within the prescribed time, or fails to reply or fails to prove any pre-existing dispute, the Operational Creditor can file an application for initiation of the Corporate Insolvency Resolution Process before the NCLT.

You as a lawyer at this stage would ensure that the demand notice is duly served and all the requirements provided under the IBC, 2016, IBBI rules and other laws are duly complied with. Issuing of the Demand Notice is the most basic work which every lawyer should know

While Filing of an application before the NCLT, you will ensure that it is filed duly with the required annexures and the requisite Court Fees as provided under the IBC and other rules provided by the IBBI.

Promoters lose control over the company once an insolvency application is admitted by the NCLT. An amendment in the Insolvency Bankruptcy Code, 2016 allowed the Corporate Debtor to withdraw the case even after CIRP is initiated.

Section 12A, IBC allows the promoter another chance to make good on the default to retain control over the firm even after the case is admitted by the NCLT.

Under Section 12A, the adjudicating authority may allow the case to be withdrawn from insolvency proceedings if 90 per cent of the committee of creditors (CoCs) agrees to it.

As an advocate for the Promoter, where the promoter has a plan to pay of its debt, you would advise and file a petition under Section 12 A or Section Section 60 (5) before the NCLT as the need be. Section 12 A has to be read with Regulation 30A of the CIRP Regulations. Regulations 30A specifically states that any case to be withdrawn under section 12A can only be done before the Resolution Professional issues an invitation of expression of interest and not thereafter. So where the Promoter wishes to withdraw the case after issuance of notice of invitation of interest, it can do so under section 60 (5) which gives special powers to thee NCLT to pass any order in the interest of Justice. The same was recently upheld by the Supreme Court of India in the case of Brilliant Alloys Private Limited Vs. Mr. S. Rajagopal & Ors

The lawyer/law firm acting for the Promoter shall ensure that interest of all the stakeholders is protected.

Further, there could be cases, where the Promoter seeks help from third party or where a foreign party is ready to invest in the Company. In such a case, the lawyer/law firm shall advise and assist the promoter right from the proposal, till such money is invested by such third party.

The Corporate Debtor through its promoter or director can file an application under section 10 IBC, when it is of the view that it is no longer able to pay off its debts amounting to more than Rs 1 Lakh and the existing management is unable to revive the affairs of the company to bring it to a profitable state. However this must be done bonafidely and not with the intention to defraud the creditors.

The major work during the CIRP is done by the CoC. The major decisions regarding restructuring or Insolvency of the Corporate Debtor is taken by the CoC through voting. Thus, CoC requires the advice of a lawyer at every stage.

The Resolution Plan, which is submitted by the Resolution Applicant has to first be approved by the CoC before it is finally presented before the NCLT. Before voting for the same, it gets the plan vetted by the lawyer, to ensure that the plan submitted is in accordance with the IBC.

There may be cases where the Resolution Professional fails to perform its duties as per law, in that case the CoC would require his lawyer to file an application before the NCLT for replacing the RP.

The Legal Counsel acts as a medium between the CoC and the RP. All communication with the RP is first vet by the Lawyer. Further, it shall review the Liquidation Report and shall ensure that the same is prepared keeping in mind all the laws and regulations under the IBC and IBBI.

Usually it would be the larger law firms that would advise the CoC, since CoC would mainly comprise of the Creditors involving banks and financial institutions, it would be slightly vast for an individual legal professional.

Once the Resolution Professional issues notice for Expression of interest, third party bidders present resolution plan aiming to restructure the Corporate Debtor and paying off its debts with the minimum possible haircuts. The lawyer advises the third party bidder in preparing the resolution plan. It shall ensure that all the timelines provided under the CIRP regulations are met with. Further it shall vet the resolution plan and ensure that it is not in violation with the IBC, its rules, regulations and under any other relevant law.

There are cases where more than one party presents a resolution plan. Where the Applicant whose plan is not approved is of the view that the wrong plan was approved by the CoC, it shall approach his lawyer, who will file an application for the same before the NCLT.

Thus where any of the body fails to fulfil its duties during the CIRP, litigation is invited and the lawyers play a crucial role in such litigation, right from drafting the claim, to documentation to arguing the same. Any order passed by the NCLT can be challenged before NCLAT.

Therefore, it can be concluded that IBC has opened new avenues for the lawyers. The lawyer plays important role at every step involved in the Resolution Process or Insolvency as the case may be. The role of a lawyer cannot be undermined. The Lawyer caters to needs of various clients as explained above. However, the IBC is still in its infancy and gradually developing, thereby creating more work for the advocate. We can safely conclude that no business can go through successful restructuring sans a legal professional.