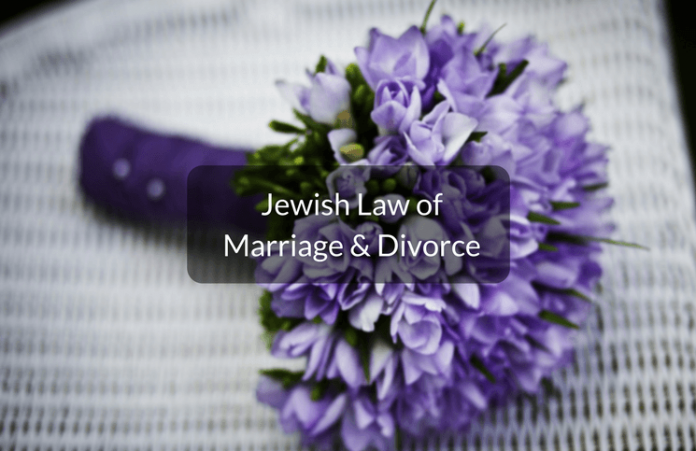 In this blog post, Anubhav Pandey talks about the Jewish law of Marriage & Divorce in India.

There are three prominent Jewish communities across India.

The jews first entered India through Kerala as traders trading in ivory, spices and pepper. It was during the time of King Solomon the migration began. The major migration can be dated around 70 A.D during the Roman takeover of Judea.

The jews in Indian subcontinent went through a series of hardships and persecutions from time to time.

Jewish legal system traces its history of origin in the divine belief in God. According to the Jews, the law and morals dictates were revealed by God in the wilderness of Sinai, to Moses who transmitted it to his people.

The said law is written down in first five books of the Old Testament often together called Torah (Genesis, Exodus, Leviticus, Numbers and Deuteronomy). The modern Jewish law is an adaptation of the Mosaic and Talmudic law. That is a collaboration of divine and evolved law.

Jewish Law of Marriage and Divorce in India

The Jewish law is derived mostly from Mosaic law through analogy and deduction.

It includes norms and usages which have become part of the law. The law also includes new regulations which were enacted by religious and civil authorities to meet the existing changes.

Another source of law is Talmud –

The Talmud defines and regulates the forms of contracting and dissolving of marriage, marital rights and duties and other innumerable issues regarding marital bond and tie-ups.

No marriage can take place without the consent of both parties and a marriage without consent is void. Since, consent is one of the key ingredients of marriage, the idiot, lunatic, who are incapable of giving their free consent, are barred from entering into the bond of marriage.

Free consent, mental capacity and legal age are not the only three decisive factors. The three is a must but along with these three factors, there are other factors also which compliments the three essential conditions required to enter into the bond of marriage.

Importance of Custom and Rituals in Marriage Among Jews

It is mandatory to perform the ceremony of betrothal and nuptial for the marriage contract to have legal validity. The groom is required to give the bride money, called as “Kaseph“, another object of equal validity that too in present of two witnesses. This ceremony is called “Kaseph Kiddushin”.

Before the nuptial, the groom is required to make a commitment in writing which would entitle the wife to receive a certain sum from his estate in the case of his death or a divorce and is called Ketubah. This is an economic safeguard just as mehr in the case of Muslims. If the husband divorces his wife arbitrarily this will serve as a token for the wife for her protection.

Mutual Duty of Husband and Wife toward Each Other

The husband’s duty towards his wife is primarily to maintain her according to his status in life.

Similarly, the husband is entitled to the wife’s earning, to share her inheritance in property, donation, gifts except where it was given to her on the sole condition that it will be used by her only.

When the wife renounces her claim to be supported by her husband, she acquires control over her own earnings and it could be retained by her exclusively, free from husband’s claim.

In Jewish marriage, it is the duty of the wife to go where the husband is domiciled.

Divorce Under the Jewish Personal Law

Under the Jewish law, a husband can divorce his wife on the following grounds –

The Jewish personal law even provides for this provision when the husband develops a suspicion that wife is committing the crime of adultery. Just like all personal law, adultery is considered as a solid ground for divorce under the Jews personal laws.

That means when the wife does an act which is considered as immoral in the eyes of the public. This is a ground for divorce under the Jewish personal law.

When wife changes her religion i.e. converts herself from Jew to any other religion, this becomes a ground for divorce. Also where wife disregards the ritual law in the management of the household.

Where a wife does not allow her husband to fulfill his conjugal rights.

Due to lack of any codification and several intricacies, the British court found it difficult to interpret the Jewish marriage and divorce law in both substantive and procedure wise.

In Mozelle Robin Solomon V Lt. Col. R.J. Solomon reviewed the entire law on the subject of marriage and divorce among Jews. The old Mosaic law with its Rabbinical interpretation and provision and the modern legislation. It was held that a ground which would entitle a Jewish wife to obtain divorce also entitled her to reside separately from her husband and claim her right to be maintained by him.

What’s your opinion about Jewish Law of Marriage & Divorce in India? Drop a Comment & Share the article. 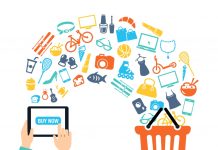 How price of a sale is determined under the Sale of Goods Act, 1930