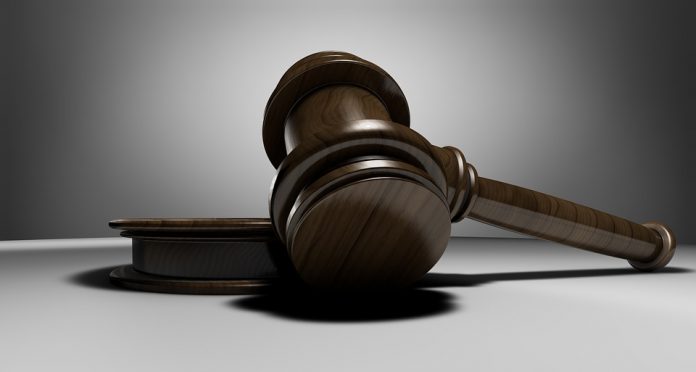 This article is written by Shreya Tripathi student of Banasthali Vidyapith, Rajasthan. The author discusses Judgement, purpose and the process of Judgement.

Chapter XXVII of the Code of Criminal Procedure deals with Judgement. Here, you must be thinking that what is Judgement? After hearing both the sides, the final verdict or order that is passed by the Judge or bench of Judges is known as Judgement.

Judgment is a very wide concept that is applied by everyone on a daily basis. A human being is engaged in different circumstances throughout the day that requires the ability to pass proper judgments. Therefore, it can be included as a fundamental part of the human thought process.

Taking judgments is crucial and for that proper authority should be assigned. Delivering a good judgment creates a strong image and perception of the justice delivery system and increases the confidence of the public in Judiciary and litigation. At all times, citizens look forward to being delivered just, fair and quality judgment. A well-written judgment is established with the analysis of facts and laws.

Section 353 to 365 of the Cr.P.C discusses Judgement. So, let’s proceed to Section 353 which explains “Judgement”.

“Judgement is necessary because God is God of Perfect Justice and our Judges are Christ.”

Case: In Surendra Singh vs. the State of U.P., A.I.R. 1954 SCR 330, The Supreme Court defined the term final verdict or final decision given by the Court to the parties and deliver in the open court by pronouncing it.

It is a written legal document which helps to resolve the dispute in a suit and finalizing the rights and liabilities of the individual. Judgment is a final order, verdict or decision given by the judge or magistrate on the ground of decree. A decree is an integral part of the judgment which is given by the judge. It should be precise and clear containing names of the parties, amount of money, deadline etc. Judgment is given in every trial in Criminal Court falling under its jurisdiction. It should be pronounced in the open court by the Presiding authority just after the termination of the trial procedure and notice should be served to each party and to its assigned leaders.

In Yelchuri Manohar vs. State of Andhra Pradesh, 2005 (2) ALD Cry 751, it was held that electronic media cannot give any leading element or part.

For example, Donoghue vs. Stevenson case introduced the concept of Law of Negligence.

Note- In respect to informing the general public, the communication is done through writing judgment in raising questions.

Failure to give a fair decision or judgment will destroy the idea of justice for an innocent person. Writing judgments is an art where there should be no hard and fast rules, under any act whether it’s Code of Civil Procedure or Code of Criminal Procedure.

In Ram Bali vs. the State of U.P., (2004) 6 SCC 533, it was observed that language and content must also be self-contained and it must reflect that the court has applied evidence and facts while forming the judgment.

In Niranjan vs. State, 1978 CriLJ 636, it was observed that if the judgment is not signed during the pronouncement process, the delivered judgment will be considered irrelevant and void in nature.

Order for notifying the address of previously convicted offender– If an order given by the judicial officer is appealed and there it is set aside then it will be declared as Void and will not be applicable on a future judgment.

When a person faces losses or injuries because of the offence committed, then under the civil court he can recover the Compensation amount.

When a person is convicted for causing death or abetting another person to commit the same act,  he will be liable to pay compensation under “Fatal Accident Act, 1855” to the family of the person who died.

When any person is convicted for causing theft, misappropriation, cheating or breach of trust or stealing property, he will be liable to pay the compensation amount to the bonafide purchaser of that property and the property possession is restored to the entitled person.

If a fine is imposed in a case which is subject to appeal then the payment should not be done until the period of appealing is over. If appealed, then the person must wait until the appeal decision is made.

If there is no fine being imposed in the sentence, the court can separately order the defendant to compensate for the losses or injuries incurred.

The power to opt for revision under this section is with the Appellate and The High Court. While awarding the compensation, it should be seen that in any subsequent civil suit of the same matter the amount is paid or recovered as compensation.

Whenever an order is made by the court, the quantum of amount for compensation will be decided by the District and State Legal Service Authority.

During the end of the trial, if the court thinks that the amount is not enough for rehabilitation facilities, the court can make recommendations for compensation. When the victim is identified but the accused person is not still found and no trial is taken place, the victim or his family members can write an application to the District and State legal Authority for granting the compensation amount. After completing the inquiry process within 2 months, the amount of compensation can be granted. Immediate free of cost first aid and medical facilities should be provided to the victim by the District or State Legal Authority by the order of a  police officer not below the rank of an officer in charge.

All such amount can be recovered under fine and if a person fails to pay the specified amount then he will be sent to imprisonment for not more than 30 days period.

Power of revision is with the Appellate Court, High Court or Court of Session.

If the Second class magistrate thinks that a particular punishment should be passed under this Act if he would have deal with the case then such suggestion can be made and along with the evidence and if he think at any stage that such inquiry needs to be done and evidence should be taken when he proceeds with the inquiry process.

If any person has committed the offence of theft, misappropriation or dishonesty, he will be liable to pay fine or be imprisoned for not more than 2 years. No other previous conviction is proved and another necessary element will be seen and he will be released on Admonition.

Power to revision is with Appellate or High Court. Further appeal can be made under the High Court or Court of Session and revision and power to set aside the order.

Before releasing any offender the court needs to satisfy that the offender or his surety has a fixed place for habitation or working in a place for which the court ask or whether the offender is likely to live during that period for the compliance with the conditions. When the court is satisfied that offender has failed to abide by the conditions of his recognizance in the case when the court has convicted the offender or deals with the offender in regard office original offence; it may issue a warrant for this apprehension. An offender against whom the warrant of apprehension has been issued shall be brought before the court which had issued a warrant; the court may either remand him in custody until the case is heard or admit him to bail with sufficient surety on a condition of his appearance for sentence and such court may pass a sentence after hearing a case.