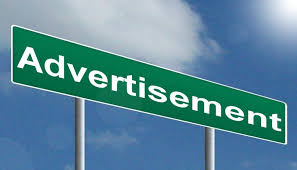 In this blog post, Pranav Rudresh, a student of Lloyd Law College, Greater Noida, discusses the Laws governing the advertisement in India.

Advertisements are the method of promoting the sale, generally used to promote marketing strategically. One should not get confused between advertisement and propaganda; propaganda is what the governments use to promote their policies. Advertisement can be done by both printed and digital methods. Television, radio, newspaper, internet all can be used for the purpose of advertisement. According to a survey, an average of 600 US billion dollars is used worldwide in advertisements.

In the previous few years, advertisement in India has seen the vast transformation. From the Doordarshan and Prasar Bharti way of advertising to the modern television channel and media, however with increasing misuse such as promoting a prohibited medicine, promotion of alcohol, promotion of toxic substance such as cigarette tobacco, etc. forced the government to pass several laws to keep in check such sought of advertisements. Let’s take a look at the several legislations that are responsible for controlling misleading advertisements:

The Advertising Standard Council of India was established as a nonstatutory tribunal. It created a self-regulated mechanism of introducing the advertising ethics in India. The ASCI judges the advertisements based upon its Code of Advertising Practice, also known as the ASCI code. This Code applies to advertisements read, heard or viewed in India even if they originate or are published abroad so long as they are directed to consumers in India or are exposed to a significant number of consumers in India.

Survey of FICCI regarding functioning of self regulation in advertising

To understand whether the ASCI is functioning properly or whether the guidelines of ASCI are sufficient enough to check the misleading advertisements, FICCI sent a questionnaire to all the top-tier official advertising managements. To mention a few, the questionnaire was sent to:

The findings of the survey on self regulation of advertising

According to the survey, it was found out that among the sectors as mentioned above, 31% believed that the ASCI framework is ok and enough to act and check upon the advertisements. They believed that very limited instances where the ASCI had failed to perform adequately. 13% believed that the ASCI framework is adequate but needs some reforms so as to be more effective. While shockingly a 56% believed the framework to be inadequate and ineffective. They said that there is not enough knowledge among the stakeholders regarding the regulatory mechanism and process of complaint making. They also indicated that there are ads which making false claims, and there is no medical research to substantiate the claim. The message is not conveyed in the right spirit, and the present framework is not addressing this.

In India several laws and acts related to advertisement control. Let’s mention a few of them.

Also the Rule 7 of the Cable Television Networks (Amendment) Rules, 2006 lays down the “Advertising Code” for cable services which have been formulated to conform to the laws of the country and to ensure that advertisements do not offend morality, decency and religious susceptibilities of the subscribers.

Section 5 of this Act, prohibits both direct & indirect advertisement of tobacco products in all forms of audio, visual and print media.

This Act is for regulating the advertisements of drugs in certain cases and to prohibit the advertising for certain purposes of remedies alleged to have magic qualities and to give for matters connected therewith; – Section 29 of the Drugs and Cosmetics Act,1940  imposes a penalty upon whoever uses any report of a test or analysis made by the Central Drugs Laboratory or by a Government Analyst, or any extract from such report, for the purpose of advertising any drug. The punishment prescribed for such an offense is fine which may extend up to five hundred rupees and imprisonment up to ten years upon subsequent conviction.

Advertisement in any manner regarding facilities of pre-natal determination of sex available at any genetic counselling centre, laboratory, clinic or any other place is prohibited under this Act and has been made a punishable offence under the Act (Section 22); – Section 3 of the young person harmful Publication Act,1956, inter alia, imposes penalty for advertising or making known by any means whatsoever that any harmful publication (as defined in the Act) can be procured from or through any person.

The IPC, vide an array of provisions, prohibits obscene, defamatory publication, publication of a lottery and statements creating or promoting disharmony/ enmity in the society. While it is not implicitly written, any advertisement that related to an offence, like hiring a contract killer or inciting violence, terrorism or a crime is illegal and will be punished under IPC or other applicable provisions.

Summary of advertisement laws in India

As a summary of the advertisement acts in India, it can be virtually said that various laws about advertisement in general and those relating to specific sectors and malpractices have created a sense of fear in minds of those who use wrong methods of advertising unethical materials. However, the absence of a single statutory, regulatory body further aggravates the problem. A comprehensive law/ regulation on advertising in all forms of media which shall provide clarity in the matter and act as a one-stop window for all matters relating to advertising is highly desirable. The advertising sector needs to be ethical, which means they should not be advertising just for the sake of profit motives rather it must follow some ethics. Public advertisements of alcohol, cigarette and other health-harming products, unnatural medicines, etc. should be avoided.

The advertisement makers must follow the following ethical values:

It must be however the duty of the related authorities to offer a safeguard against the violators. The aim of such bodies must be as follows:

Well, it was once famously said that advertising was legalised way of lying. This reflects the dilemma of advertising and its effect on consumers. In an environment of jealous competition in the foreground of a market economy, advertisements often tend to exaggerate and misrepresent facts which ultimately affect impressionable minds. This is exactly what all legal systems including India must seek to address.