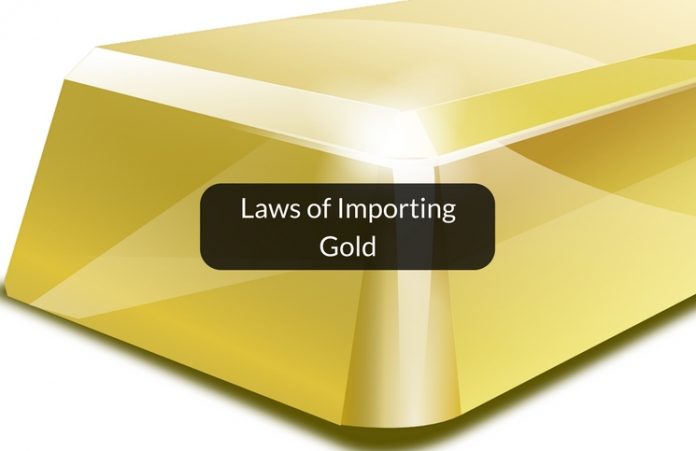 In this blog post, Pravesh Naveriya from RDVV, Jabalpur, talks about the laws of importing gold and electronics from Dubai to India.

Indians are very fond of gold. As per a report, Indian women have around 11% of the world’s gold which is more gold than the reserves of USA, the IMF, Switzerland and Germany combined. And this is just the amount of gold which is as per the records. There is huge amount of gold which is not reported or billed. Adding that amount would very easily justify the reason that why after the Indian government had increased its import duties, the gold trade of the United Arab Emirates has gone down by 60%. Not only this, gold is the second largest traded commodity of India only after the mineral fuels which signifies that how important is gold for Indians.

The United Arab Emirates is the largest exporter of gold to India. Among the different reasons, the most prominent one is due to the fact that there is hardly any tax on the purchase or selling of any commodity. The gold market of UAE depends a lot on the customs and duties that the Government of India imposes upon the import of gold and other commodities.

Why Import From Dubai

The UAE was a normal country just like any other country of the world before liquid petroleum and other mineral resources were not discovered in the country. After the discovery, the entire scenario just changed.

How to Import Gold and Electronics From Dubai

There is a prescribed procedure to bring any commodity into the territory of India.

Who Can Bring Gold and Electronics to India

Effect of the New Laws and Rules

There have been new laws formulated both in India as well as in UAE regarding the import and export of goods or commodities from or to their country. Both the governments realized that there are a number of loopholes in the trading rules between the two countries which is giving the smugglers an opportunity to cheat and make money by illegally trading goods between the two countries.

Due to the fact that both the governments have made certain changes related to the import and export of gold and electronics from and to their countries, there has been a huge deviation in the amount of trade between the two countries. The hiked custom duties have made sure that there no longer remains a huge difference between the prices of gold and electronics in the two countries. Now the limit of commodities which can be imported without paying any duty has been reduced and this decision will support the businessman of India.