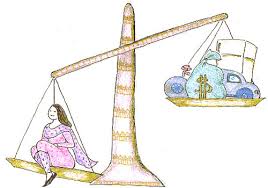 In this blogpost, Sonal Srivastava, Student, Amity Law School, Lucknow, explains what is dowry, who is an offender in case of dowry, legal framework in India for prohibiting dowry laws and also tells about the misuse of the dowry laws in India.

“Dowry” is a word that is very prevalent and common in Indian households. It is a practice that has become a parasite for the Indian society and which has eroded the beautiful institution of marriage. It is not a new practice but has been followed from ages, and its impact is such in Indian society that one can make efforts to reduce it, but it cannot be totally eradicated. Several laws have been enacted to prohibit the practice of dowry, but the legal clutches are weaker than the ambit of the practice of dowry. Further, the article shall enumerate the social and legal consequences of practicing dowry along with its other various aspects.

According to section 2 of Dowry Prohibition Act, 1961, the term “dowry” means any property or valuable security given or agreed to be given either directly or indirectly.

(a) By one party to a marriage to the other party to the marriage, or

In Arjun Dhondiba Kamble v. State of Maharashtra[1], the court held that, “Dowry” in the sense of the expression contemplated by Dowry Prohibition Act is a demand for property of valuable security having an inextricable nexus with the marriage, i.e., it is a consideration from the side of the bride’s parents or relatives to the groom or his parents and/or guardian for the agreement to wed the bride-to-be. But where the demand for property or valuable security has no connection with the consideration for the marriage, it will not amount to a demand for dowry.

In Rajeev v. Ram Kishan Jaiswal[2], the court held that any property given by parents of the bride need not be in consideration of the marriage, it can even be in connection with the marriage and would constitute dowry.

Who would be an offender under the law?

Penalty for giving and taking dowry (Section 3) – According to section 3, if any person after the commencement of the Act gives or takes, abets the giving or taking of dowry shall be punished with an imprisonment for a term not less than five years and with fine which shall not be less than fifteen thousand rupees or the amount of the value of dowry, whichever is more.

The Supreme Court has held in Pandurang Shivram Kawathkar v. State of Maharashtra[3] that the mere demand of dowry before marriage is an offence.

In Bhoora Singh v. State of Uttar Pradesh, [4]the court held that the deceased had before being set on fire by her in-laws written a letter to her father that she was being ill-treated, harassed and threatened with dire consequences for non-satisfaction of demand of dowry. Thus an offence of demanding dowry under section 4 had been committed.

Explanation – For the purposes of this sub section, “dowry” shall have the same meaning as in section 2 of the Dowry Prohibition Act, 1961.

In Vemuri Venkateshwara Rao v. State of Andhra Pradesh[5], the court has laid down the following guideline for establishing an offence under section 304(B) and they are-

Explanation – For the purpose of this section “cruelty” means –

In Bhoora Singh v. State[6], it was held that the husband and in-laws subjected the wife the cruelty for bringing insufficient dowry and finally burnt her down, thereby inviting a sentence of three years rigorous imprisonment and a fine of Rs.500/- for an offence committed under section 498-A of Indian Penal Code.

When the question is whether a person has committed dowry death of a woman and it is shown that soon before her death such woman had been subjected by such person to cruelty or harassment for, or in connection with, any demand for dowry, the court shall presume that such person had caused the dowry death.

Explanation – For the purpose of this section “dowry death” shall have the same meaning as in section, 304B of the Indian Penal Code (45 of 1860).

The practice of dowry has many ill effects on society and has eroded the beautiful institution of marriage to a mere contract of giving and taking of money and valuable assets in exchange for marriage. A few social evils which the practice of dowry bring along itself are-

Misuse of dowry laws by women

There are always two sides of a coin; similarly, every law has its use as well as misuse. The anti-dowry laws have proved to be a panacea for women at the same time they have also proved to be a nuisance for men. Not all dowry cases filed by women are true and in more than 40% cases filed; the allegations made by women are false.

The two-judge bench of the Supreme Court headed by Justice Chandramauli Kumar Prasad recently in a 21-page order said that the simplest way to harass the husband is to get him and his relatives arrested.[7]

The Judges stated a notable point that in many cases the bedridden grandfathers and grand- mothers of the husbands, their sisters living abroad for decades are arrested.[8]

The judges also reminded the authorities that they must follow a so-called nine-point checklist that has been part of the anti-dowry law before noting down a dowry-related complaint.[9]

The court also said that in case the police makes an arrest, a magistrate must approve further detention of the accused.[10]

According to the National Crime Records Bureau statistics, nearly 200,000 people, including 47,951 women, were arrested in regard to dowry offences in 2012, but only 15% of the accused were convicted.[11]

“DOWRY” as a practice is deeply rooted in Indian society, and it cannot be totally eradicated. The major reason that this practice cannot be eradicated is the mentality, thought and mindset of Indians. In India, a boy is made highly educated so that parents can demand a huge dowry for him in the marriage. The more educated the man is, and the more stable his financial situation is, the more he gets dowry. Similarly, the parents of girls will educate them a lot so that they can marry her to a rich family. They are not hesitant in giving dowry because this practice has now become a custom and despite many laws, a very few percentage of offenders are convicted. This social evil can only be eradicated when there would be a change in the mentality of the people. When people might understand that giving and taking dowry is like selling your daughters and sons may be from then the roots of the practice would start eroding, and the practice shall get totally eradicated but that period seems to be very far off.