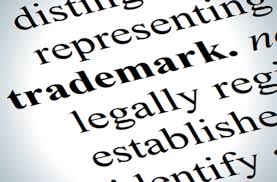 In this blogpost, Vernita Jain, Student, National Law Institute University, Bhopal, writes about the extraterritoriality in trademark its constitutional validity and its Indian application.

The tremendous advancement in technology and globalization has increased the trade among different countries. In this world of competition, the producers have to increase their sales by way of innovation, technology; cost reduction etc. The situation of fair competition favors the consumer by giving them the best product for the best price. Competition is an essential feature of the capitalist economy. It can be reasonably concluded  that  in  a  capitalist  economy the  producers  might  do  anything  in  the  name  of competition, even go to the extent of harming the consumers by charging unfair prices.

Producers may resort to unfair practices to get an upper hand in the market. This may also result in hampering the competition. For example, all the producers of rice join hands and fix a price below which they would not sell their produce or two producers who have a major portion of the market merge together to form one company that becomes a brand. If we extend this idea to the cross-border trade, the anti-competitive practices seem almost exploitative of the local producers.

In the present scenario, if a seller launches any product, his product and innovation are not limited to one country. The status and benevolence of those goods are of inherent importance and shall reach to every nook and corner of the world through magazines, newspapers, television, telephone, cinemas and internet. Thus, when a product comes into the market of a particular country, its trademark surpasses the national boundaries.

However such kind of jurisdiction becomes dicey when it comes to competition law. In this era of globalization, there can be many states claiming jurisdiction on a particular event. Also, when it comes to MNCs or E-commerce, the applicability is difficult to construe because it is still a debatable question whether the subsidiary should be considered separate from the parent company. For more light on this subject, we see the extraterritoriality principle as applicable in the US and EU countries.

In a world of global trade, it is essential to have our laws at par with the laws of the other countries. Since there is a connection between various countries, it is logical that measures to balance time, currency, quantity etc. be made. Since trade is an arena of businessmen, it remains an area where profit making is given the highest value. Therefore, it becomes all the more necessary to ensure that the acts of one party do not cause harm to other parties. If both/ either such parties are citizens the applicability of law is easy but what if one or all the parties are foreigners and the loss is caused to the nationals of one country, not at fault.

This is where the importance of protecting trans-border or spillover of international trademark reputation of foreign companies arises. As the changing scenario and advancement in technology, it has become very important to protect the intellectual property rights among various countries.

Issues regarding infringement of  intellectual property rights in India or in any other country have been dealt with many precedents. The Supreme court in this issue has laid down in various cases that a company, having it’s trademark rights and its reputation in any other country can protect its intellectual property rights in India.

In re N.R. Dongre v. Whirlpool Corporation[1], the court considered the doctrine of “cross-border reputation” for the first time in detail.

“… a product and it’s trade name transcends the physical boundaries of a geographical region and acquires a transborder or overseas or extra-territorial reputation not only through the import of goods but also by its advertisement. The knowledge and awareness of the goods of a foreign trader and it’s trademark can be available at a place where goods are not being marketed and consequently not being used.”

It was further held that “In today’s world it cannot be said a product and the trademark under which it is sold abroad, does not have a reputation or goodwill in countries where it is not available. The knowledge and awareness of it and its critical evaluation and appraisal travels beyond the confines of the geographical area in which it is old.”

“Dissemination of knowledge of a trademark in respect of a product through advertisement in media amounts to use if the trademark whether or not the advertisement is coupled with the actual existence of the product in the market.”

How can a country go on enforcing its own laws on the subject matter which neither happened in its territorial limits nor involved its citizens? Is it constitutionally valid for a nation to usurp its jurisdiction and extend it to the rest of the world? How can the legislators of a country make laws for those whom they do not represent?

As far as India is concerned the members of Parliament originally did not have powers to make laws regarding a subject matter which lay outside their geographical limit. Article 245 of the Constitution defines the ambit or territoriality of the legislative powers vested in the Parliament. Clause (2) of article 245 states that a law passed, made by parliament shall not be deemed invalid only on the ground that it has extra-territorial application. However, to prevent Parliament from being omnipotent in this regard a few principles are followed while making extra-territorial laws.

While making laws that will be applicable outside the territory of India t he Parliament has to conform to the principle of territorial nexus. This means that if the Indian Parliament makes such law which is intended to be applied outside India, it has to establish a connection or nexus between the object of such law and subject matter of the law.  The Parliament must make sure that this connection is (i) real and not illusory and (ii) the liability sought to be imposed must be pertinent to that connection.9

However, with the opening up of the economy by the adoption of LPG policy, Indian court felt the need to extend its jurisdiction outside India.

The Alkali case[2] changed the course of decisions; wherein the Commission had said that “the mere fact that the ANSAC agreement had been outside the country could not be construed in vacuum…  the  correspondence  with  an  Indian  consumer  reasonably  establishes  a  nexus between the two parties. The visible effects that the transaction produces on Indian soil should be the determinant factor for extending jurisdiction.” The commission gave an order against ANSAC, an American Company, which only had consumers in India,  against  which they appealed to the Supreme Court.

It was held by the Supreme Court that an American Company cannot be subjected to the jurisdiction of the MRTP Act because there is nothing in the words of section 14 that gives extraterritorial powers to the commission. In another case of Exports v. All India Floor Glass Manufacturers’ Assn[3]. the commission could not extend its jurisdiction on the actions performed by an exporter outside India.  Hence, a need was felt to give greater jurisdiction to Indian authorities to curb anti-competitive acts affecting the trade in India but taking place outside India.

The Raghvan Committee was set up in 1999 in the light of international developments and the need to promote competition. The task of the Raghvan committee was to come up with such a legal framework as was necessary for the globalised competitive economy. In its report, the committee corroborated that the MRTP Act was not fit to work in the new economy, and it was full of lacunae. The word ‘competition’ had been sparsely used in the MRTP Act; cartels were not mentioned; it gave no major control powers to the Commission; no distinction was made between horizontal and vertical mergers; government enterprises were not under the control of MRTPC. The Committee also recommended that the competition law should be applied universally whether the company is Indian or foreign.

However in the case of trademark, the Trade Marks Act, 1999 guarantees protection to the well-known trademarks thereby abiding the requisite of Article 16 of TRIPs, which grants protection of trademarks.

In order to protect a companies trademark rights, it was ruled in various cases that, a symbol is not possible to register if it is fallaciously similar to a well-known mark in India and the usage of it by any other person would be harmful for the reputation of the trademark owner. The effect of globalization has lead to a risk of such infringement outside India too.

No one can disagree with the fact that courts dealing with intellectual property in India have recognized the notion of cross-border reputation in the recent period. But the views expressed by different high courts are different at several point of time. The Bombay High Court in Kamal Trading Co., Bombay v. Gillette U.K.Limited Middle Sex, England, 1988 PTC 1, held:

“…It is necessary to note that the goodwill is not limited to a particular country because in the present days, the trade is spread all over the world and the goods are transported from one country to another very rapidly and on extensive scale.

In Apple Computer Inc. Vs. Apple Leasing & Industries,1993 IPLR 63 DEL, while adopting the same notion Delhi High Court held that it is not necessary in the context of the present day circumstances that the free exchange of information and advertising through newspapers, magazines, video television, movies, freedom of travel between various parts of the world, to insist that a particular plaintiff must carry on business in a jurisdiction before improper use of it’s name or mark can be restrained by the court.

Another case in which the Supreme Court gave a verdict affirming the doctrine was the Blenders Pride Case; the court held that it does not matter that whether the company is first in a country or not, the thing to be paid attention to is that, which company started its business first. The country, in this case, is not of much concern.

Today international trade is rapidly growing. There is a constant increase in competition and advancement in the technology. Indian judiciary has upheld the cross-border reputation of trademarks, thereby bringing down the infringement. The decisions and opinions of the courts show the concern regarding the misappropriation of the trademarks, both in India as well as foreign.