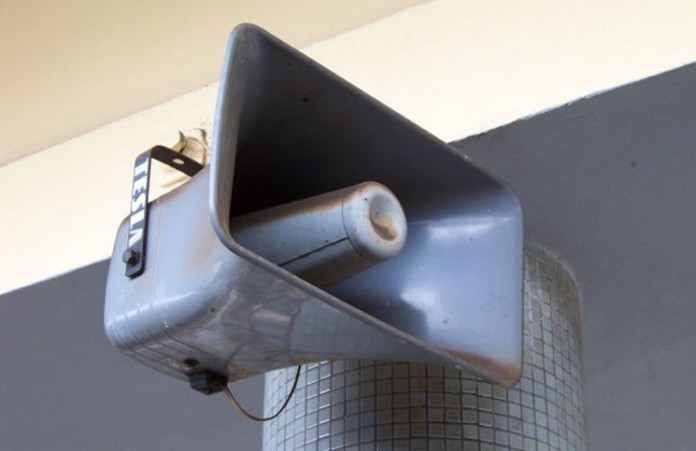 This article is written by Anuraag Shukla, a student of Amity Law School, Lucknow, on Laws related to sound pollution in India.

Let’s think of sound as a human being. A human being who’s irritated gesture, objectionable behaviour and pain in the neck, and what if it continuously resonates malignant problems to nook and cranny of your well-furnished ambience. What would you do?? Throw him out of your well managed arena? Shout on him?, reside to a far flung remote area or just look at him and peep into his life and future?? Or let’s make it a bit simple. What if there is a law which puts him to mum engineered for it, the precarious human being? Would you stick to it? Oh! Sorry!! Wouldn’t you stick to it?? You definitely would. So with respect to the above context, the precarious unwilling human being these days is Sound Pollution.

Sound pollution as the name itself peppers is pollution via sound, it is a word derived out of nausea and has also been slated as an unwanted sound, a hazard to health  which means harming the natural habitat with boomed sound or high sound.

Environmental pollution is a grave problem all over the world. Industrialisation and urbanisation have led to an unprecedented growth of environmental hazards. Environmental guilty has declined significantly because of loss of vegetation cover and biological diversity. In other words, we can say that there is a severe imbalance in the ecosystem. Environmental pollutants mean the excessive presence of solid, gaseous, liquid and noise in the atmosphere in such concentration as may be injurious to living and non-living things. Noise is also considered to be a pollutants and it has significant harmful effects not only on human beings but also on animals, birds and non-living things. Problems due to noise increasing day-by-day especially in the urban and industrial areas.  Highways, airports, industries and centres where construction activities are carried on, are also considered high noise level areas.

Noise is not a recent problem. It has a long history. Two thousand five hundred year ago, the ancient Greek colony of syber knew of measures to check noise. They had rules to protect sleep and provide a quit and peaceful life to citizens. Loud sounds wew prohibited by Julius Caesar who also banned movements of noisy chariots at night. In China, noise was a form of execution for those who insulted the heavenly powers. Guilty persons were subjected to the sounds of fluids, drums and shouts of persons continuously day and night until they died.

Noise is a type of atmospheric pollution in the form of waves.  It is a shadowy public enemy. It has increased in the modern age of industrialisation and technological advancement.

The encyclopaedia Britannica defines noise as “any undesired sound.” According to this definition, “a sound of church bells may be music to some and noise to others. Usually noise is a mixture of many tones combined in a non-musical manner.”

In considering our acoustic environment, we must differentiate between these two terms, ie., noise and sound. It has only when the effects of a sound are undesirable, it may be termed as a noise. Sometimes it has an agreeable musical quality. It is a pleasant to a group of people or individual or undesirable to another individual or group of people or a sick person. Physically, sound is a mechanical disturbance propagated as a wave motion in the air and other elastic or mechanical media such as water or steel.

The human ear is very sensitive to sound waves of the frequency of 20 Hertz Hz) to 2000Hz pitch, but not all sounds are detectable by the human ear. There are two types of sound:1) ultra sound, and 2) intra sound.

1) Ultra Sound is that sound in which the frequency range exceeds approximately 15 kHz. It is beyond the upper limit of normal hearing, ie., it has a frequency too high to excite the sensation of hearing.

2) Intra Sound is the sound in which sound is below a frequency of about 16Hz. It is below the lower limit of normal hearing. It is commonly referred to as vibration.

Lack of concentration– For better quality of work there should be a minimum## concentration. Noise causes lack of concentration in big cities mostly all the offices are on main road. The noise of traffic or the loudspeakers of different types of horns divert the attention of the people working in office.

Effect on vegetation – now its well-known fact that plants are similar to human being they are also as sensitive as men there should be cool and peaceful environment for their better growth. Noise pollution cause poor quality of crops in a pleasant atmosphere.

It can be classified into two classes:

1) Industrial sources—The industrial sources may include noise from various industries operating in cities like boiler, machinery, foundry, cutting machines, etc. noise is a by- product of energy conservation and every industry produces noise. Pollution due to big machines working at a high speed have high noise intensity.

The Indian Constitution of 1950 did not have any provisions directly dealing with environmental pollution. But the 42nd Amendment of Constitution passed in 1996 inserted article 48-A and Article 51-A to protect and improve the environment as has been discussed in Chapter II.

Thus, India became one of the few countries of the world which enshrined in its Constitution, a commitment to environmental protection and improvement. It has interjected a new dimension to public responsibility by obligating the Central Government to protect and improve the environment for the good of society as a whole. So the Constitution makes a dual provision by way of directives to the state for the protection and improvement of the environment and imposing a duty on every citizen to help in the preservation of the natural environment.

In State of Rajasthan v. G Chawla, a unique question came up before the Supreme Court whether the State Legislation has right to prevent and control noise pollution and make it punishable? Do such restrictions or State enactments amount to violation of the freedom of speech for prevention and control of noises? The Supreme Court was of the opinion that this freedom is not absolute. It is subjected to the restrictions under Article 19(2). This clause (2) of Article 19 provides certain reasonable restrictions which can be in the freedom of speech and expression. Thus, if any law, pre-constitutional or post-constitutional, imposes reasonable restrictions in the interest of public order, it is constitutional. In this case, the Ajmer (Sound Amplifier Control) act, 1952 was challenged as violative of freedom of speech and expression and that the State Government had no power under the Constitution to enact such laws.

The Supreme Court declared that the said act is not unconstitutional as it is a reasonable restriction in the interest of public order and the state is also empowered to enact such laws. To make things more clear it was observed by the court that the state can make laws in the exercise of its power under Entry 8, “Public Health and Sanitation of List II provided under Seventh Schedule”. Thus, the states “have the right to control loud noises when the rights of such user, in disregard to the comfort and obligations to others, emerges as manifest nuisance to them”. Thus, laws to control loud noises and music enacted by various states are within the permissible limits of the Constitution and are a reasonable restriction on the freedom of speech and expression. The court made it clear that persons are free to make noise but not to transgress the right of others to live peacefully. As soon as noise become a nuisance, interferes in the use or enjoyment of property or annoys others, the laws imposing restriction will come into operation and the constitutional freedom activity. Such activity is also violative of the constitutional duty imposed on every citizen of India under Article 51-A to protect and improve the natural environment.

Other Laws regarding Noise Pollution

Now let’s elucidate the other laws regarding sound pollution. In Section 133, Code of Criminal Procedure the magistrate court have been empowered to issue remove or abate nuisance caused by noise pollution u/s 133 empowers and executive magistrate to interfere and remove a public nuances in the first instance with a conditional order and then with a permanent one the provision can be utilized in case of nuance of environment nature. In Law of Torts noise pollution is considered as a civil wrong. Under Law of Torts a civil suit can be filed claiming damages for the nuisance. For filing a suit under Law of Torts a plaintiff is required to comply with some if the requirement of torts of nuisances which are interference should be with the use and enjoyment of land. , there should be reasonable interference.

Section-2 (A) of the Air (prevention and control of pollution) Act, 1981 includes noise in the definition of “Air Pollution” – This section states Air pollution means any solid, liquid or gaseous substance including noise present in the atmosphere. Such concentration as may be or tend to injuries to human being or other living creatures or plants or property or environment.

In a landmark judgement given by apex court in Mulan Mufti Syud and others V. State of West Bengal AIR 1999, The court held imposition of restriction on the use of microphone and loudspeaker by the state govt. between 9 pm to 7 am which inter alia include restriction of azan on microphone in early hours, before 7 am is not violative of Article 25 of Constitution of India guarantying of freedom of religion.

It is the need of time to have a rigid rules and regulations regarding prevention and control of noise pollution. But there is a need for creating general awareness towards the hazardous effects of noise pollution. Particularly, in our country the people generally lack consciousness of the bad effects which noise pollution creates.  Holding of special talks and lectures can be organized in the schools to highlight the menace of noise pollution and the role of the children in preventing it. Every person have a duty to check and prevent pollution. The power of Supreme Court must be widened with respect to environment pollution so that court could apply their mind beyond the doors and windows of the court in order to enforce the environmental matters in toto.