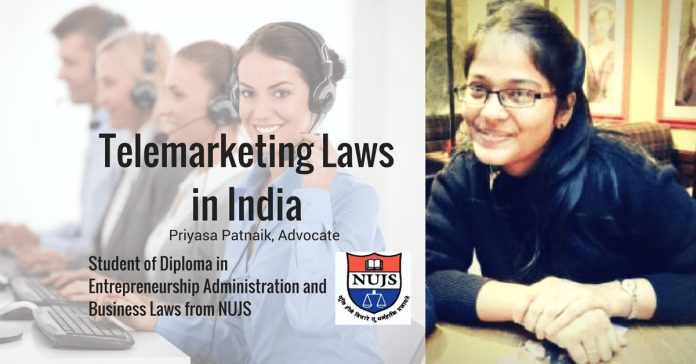 In this blog post, Priyasa Patnaik, an advocate who is currently pursuing a Diploma in Entrepreneurship Administration and Business Laws from NUJS, Kolkata, discusses the laws related to telemarketing in India.

In respect of unsolicited commercial calls, the Reserve Bank of India (‘RBI’) had issued a notification dated 3rd July 2007 (‘Telemarketing Notification’) whereby the RBI has made it compulsory for every such telemarketer making unsolicited calls to register themselves as a registered telemarketer[2]. Further, the Telecom Regulatory Authority of India [‘TRAI’] governs telemarketing practices in India vide the provisions under the Telecom Regulatory Authority of India Act, 1997 [‘Act’] read with the Telecom Commercial Communications Customer Preference Regulations, 2010 [‘Regulations’]. Also, the Department of Telecommunication has issued guidelines for telemarketers in India[3]. 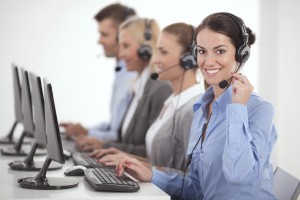 The governing law in respect of the unsolicited commercial emails is the Information Technology Act, 2000[4]. However, Section 66 A of the Income Tax Act, 2000 (‘IT Act’) lacks the following aspects:

New laws are a requirement of the hour as far as UCEs are concerned. On the other hand, for UCC, even if strict laws are made, proper implementation is yet to be done. Therefore, telemarketing laws in India require being more workable than before since, in this growing internet world, communication cannot be restricted but regulated so that privacy of an individual is not tampered or interfered with.

[1]Clause 2(i) of the Telecom Commercial Communications Customer Preference Regulations, 2010.

[3] Guidelines for Telemarketers issued by the Department of Telecommunications, available at – http://www.nccptrai.gov.in/nccpregistry/Guidelines_for_telemarketers.pdf

[4] Section 66 A of the Information Technology Act, 2000 – “Any person who sends, using a computer resource or a communication device-

(a) any information that is grossly offensive or has menacing character; or

(b) any information which he knows to be false, but for the purpose of causing annoyance, inconvenience, danger, obstruction, insult, injury, criminal intimidation, enmity, hatred or ill will, persistently by making use of such computer resource or a communication device,

(c) any electronic mail or electronic mail message for the purpose of causing annoyance or inconvenience or to deceive or to mislead the addressee or recipient about the origin of such messages, shall be punishable with imprisonment for a term which may extend to three years and with fine.”

[5] “Legal framework governing spamming on the internet” – available at http://blog.ipleaders.in/legal-framework-governing-spamming-on-the-internet/