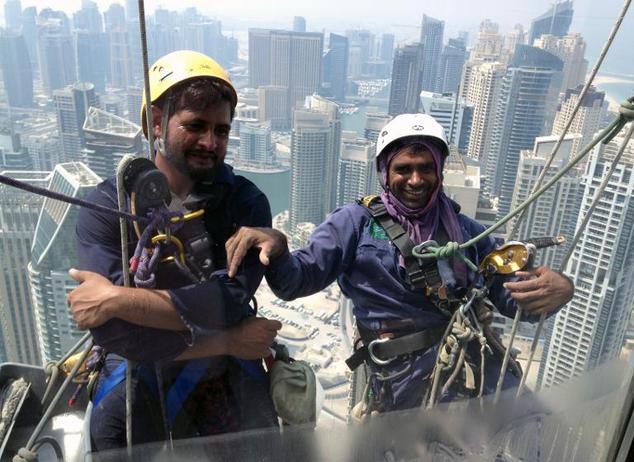 In this article, Shital Dharak Mandhana who is currently pursuing M.A. IN BUSINESS LAWS, from NUJS, Kolkata, discusses laws related to Migrant Labourers in India.

A large number of studies have found that migration earnings are used mainly for ‘consumption; i.e. food, clothing, house repairs, social events and religious pilgrimages. But this underplays their importance in improving family nutrition and reducing the need to borrow for essentials. Furthermore, new evidence shows that migration earnings are being invested in agriculture, small enterprise, education, health and housing all of which contribute to improving household well-being. On the negative side, male migration from nuclear families can lead to loneliness and increased work burdens for women.

Poor migrants are often employed in risky jobs- industrial accidents, exposure to hazardous chemicals, long working hours and unhygienic conditions are the norm. Especially hazards are dying, other chemical industries, stone crushing, brick making, steel utensil production and loading. Migrants are susceptible to infectious diseases because of the very poor, crowded and unhygienic living conditions (migrants are identified as high-risk group by the National Aids Control Organisation). They often face exclusionary processes that prevent them from acquiring new skills and moving up the job ladder.

The law related to migrant labourers in India is “Inter-State Migrant Workmen (Regulation of Employment and Conditions of Service) Act, 1979” which was passed by both the houses of Parliament and President of India gave his assent on 11/06/1979.

This Act makes provision for availing with the onsite services of interstate workers by the contractors/establishments to overcome only the temporary shortage of required skilled workers in a state. The purpose of this act is not to encourage interstate migration of workers against the interests of local workers as the principal employers would have to incur more cost in deploying interstate workers. (Wikipedia)

Meaning of inter-state migrant labourers under the Inter-State Migrant Workmen (Regulation of Employment and Conditions of Service) Act, 1979

According to section 2(1) (e) of Inter-State Migrant Workmen (Regulation of Employment and Conditions of Service) Act, 1979, “inter-State migrant workman” means any person who is recruited by or through a contractor in one State under an agreement or other arrangement for employment in an establishment in another State, whether with or without the knowledge of the principal employer in relation to such establishment. (Act)

The story of inclusion of Inter- State Migrant Legislation in the statutory book is a tale of dispensing social justice to the migrant workmen. There are two crucial factors responsible for influencing the problem of migrant labours.

The National commission opined that the necessity of abolition of contract labour has long been felt because of the benefits of the labour legislation not reaching to such class of workers owing to the enlargement of the definition of workers in the Factories Act, 1948, The Mines Act, 1952, The Plantation Labour Act, 1951, The Employees’ State Insurance Act, 1948. Obviously, since the submission of the Commission report, the policy- makers have been taking various steps to give piece- meal relief to contract labour. The judiciary also discouraged the practice of employment of contract labour since such workers were not getting wages according to law and lack of conducive working conditions.

Applicability of this Act

This act applies to,

It shall be the duty of every contractor employing inter-state migrant workers:

To furnish such particulars in the prescribed form to the prescribed authority in State from which the inter-state migrant worker is recruited, within 15 days from the date of employment, and where any change occurs in any particulars so furnished, such change shall be notified to the specified authorities of both the State.

To issue to every such worker, a passbook affixed with a passport size photograph of the worker and indicating in Hindi and English and also in the vernacular language of the worker:

The Contractor shall maintain the pass-book up-to-date and cause it to be retained with the inter-state migrant worker concerned.

The wage rates, holiday, hours of work and other conditions of service shall be:

Provisions under the stated sections

It shall be the duty of every contractor employing inter-state migrant worker,

What if a migrant worker has taken a loan from the contractor or the principal employer? (Section 19)

The loan taken by the inter-state migrant worker shall remain outstanding only till the time he remains in employment of the contractor or the principal employer. On the completion of such term, it shall be deemed to have been extinguished and not suit or other proceedings shall lie in any Court or before, any authority for the recovery of such debt or any part thereof.

Inter-state migrant workers migrate to Kerala from West Bengal, Bihar, Assam, Orissa and north-eastern states of India. The major reasons to migrate were less daily wages, poverty, indebtedness, and joblessness at origin state. These migrant workers have their basic occupation as agriculture but they are employed in the construction sector in destination place, making them unskilled and unprofessional on site. They receive higher compared to their native state but quite less when compared to the daily workers in Kerala. This helps the employers of Kerala in making huge profit. The migrant labourers also send money to their natives leaving very less in their own hands making them difficult to survive.

According to section 2(n) of the “Unorganised Workers Social Security Act, 2008, “Wage worker” means a person employed for remuneration in the unorganised sector, directly by an employer or through any contractor, irrespective of place of work, whether exclusively for one employer or for one or more employers, whether in cash or in kind, whether as a home based worker, or as a temporary or casual worker, or as a migrant worker, or workers employed by households including domestic workers, with a monthly wage of an amount as may be notified by the Central Government or State Government, as the case may be.

Now let us see the meaning of the term “Unorganized Workers”.

Section 3 of this enactment talks about the social security benefits for the unorganized workers. The scheme framed is as under:

The schemes which are included in Schedule 1 of the act for the purpose of the benefit of unorganized workers are,

Eligibility: All individuals above the age of 60 who live below the poverty line are eligible to apply for IGNOAPS

Computerisation of database: A system should be devised so as to credit the amount of pension payable to each beneficiary directly into his account either in a Post Office or in a scheduled commercial bank. In compliance of the said directions and also in order to increase the transparency and accountability in the implementation, it had been decided to computerize the database of the beneficiaries under various schemes of NSAP (National Social Assistance Scheme).

Applicability: JSY is an Indian Government scheme proposed by the Government of India. It was launched on 12th April, 2005 by the then Prime Minister of India.

Feature of the Scheme: JSY aims to decrease the neonatal and maternal deaths happening in the country by promoting institutional delivery of babies. This is a safe motherhood intervention under the National Rural Health Mission (NRHM). It is a 100% centrally sponsored scheme it integrates cash assistance with delivery and post-delivery care. The success of the scheme would be determined by the increase in institutional delivery among the poor families.

Eligibility: Persons between aged 18 years and 59 years and who are the members of the identified 45 occupational groups are eligible to be covered under the Scheme.

Benefits of the Scheme: JBY provides life insurance protection to people who are below the poverty line or marginally above the poverty line. The monetary benefits to be received are:

The premium for the scheme is Rs. 200/- per member, 50 % premium under the scheme is met out of Social Security Fund set up in the year 1988-89 which is maintained by LIC. The balance 50% premium is borne by the member and/ or Nodal Agency.

Applicability: AAM ADMI BIMA YOJANA, a Social Security Scheme for rural landless household was launched on 2nd October, 2007 at the hands of the then Hon’ble Finance Minister at Shimla.

Eligibility: The head of the family or one earning member in the family of such a household is covered under the scheme. The premium of Rs.200/- per person per annum is shared equally by the Central Government and the State Government. The member to be covered should be aged between 18 and 59 years.

Benefits under the Scheme:

A separate fund called “Aam Admi Bima Yojana Premium Fund” has been set up by Central Govt. to pay the Govt. contribution. Fund is maintained by LIC. A free add-on benefit in the form of scholarship to children is also available under the Scheme.

Applicability: RSBY has been launched by Ministry of Labour and Employment, Government of India to provide health insurance coverage for Below Poverty Line (BPL) families.

Eligibility: Unorganized sector workers belonging to BPL category and their family members (a family unit of five) shall be the beneficiaries under the scheme.

Benefits under the Scheme: The State Governments are advised to incorporate the following minimum benefits in the package/scheme:

National Scheme for Welfare of Fishermen and Training and Extension: (scheme)

Applicability: The National Scheme on Welfare of Fishermen has ensured that there are a lot of welfare activities being carried out for the service of the fishermen community. This particular scheme was started in 1991-92 by combining two different schemes of Janta Accident Policy and National Welfare Fund for Fishermen.

Eligibility: Assistance under the scheme is provided to all fishermen and fishing villages.

Objective of the Scheme:

Two schemes are covered under HWCWS.

Applicability: The Government of India introduced Bunkar Bima Yojana and this scheme shall be administered by LIC.

Eligibility: All weavers, whether male or female, between the age group of 18 and 59 years are eligible to be covered under the scheme, including minorities, women weavers and weavers belonging to NER. The basic objective of the “Mahatma Gandhi Bunkar Bima Yojana‟ is to provide enhanced insurance cover to the handloom weavers in the case of natural as well as accidental death and in cases of total or partial disability

The annual premium of Rs. 470/- per member will be shared as under:

Applicability: The Government of India introduced the Health Insurance Scheme for Handloom Weavers in 2005-06. The weaver should be earning at least 50% of his income from handloom weaving.

The socio-legal study of Inter -State Migrant Workmen Legislation reveals that though the industrialization has contributed towards the progressive movement of the society, yet it has its inbuilt problems. This law has been enacted as a war against poverty ridden migrant workmen when they leave their home-state and go to the migrant state in search of some job which may bring lucrative wages. Besides wages, the law also provides certain safeguards to the migrant workmen, namely, security of job, non-exploitation at the hand of the employers/contractors, conducive working conditions, etc, at the hands of the employers/contractors, conducive working conditions.