This article is written by Sanjana Sen, pursuing a Diploma in Intellectual Property, Media and Entertainment Laws from Lawsikho.com. Here she discusses “The Laws Relating to the Broadcasting of Live Events”. 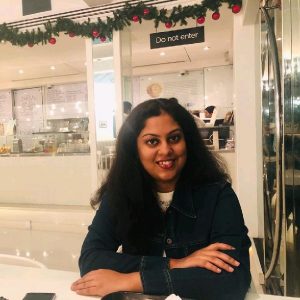 Everyone has a craze of attending live events whether of the film industry, TV industry, sports, or any award ceremony, of course with the excitement of sharing videos and live recordings on social media. People want to know everything in detail, from what the celebs wore, their accessories, which car they came in, how and about what they spoke, what all performances they gave, what fun they had to every other small thing. But due to the hectic schedule and busy life routine, people are not always able to attend such live events. Sometimes, the general public is not even allowed in certain live events and even if allowed, it costs a huge sum for it. Because of these reasons, there has been an infinite growth in the entertainment industry especially the sports and music viewership across the world which has led to embryonic integration between law and broadcasting of live events. Since viewers all over the globe watch show & events majorly through broadcast and also the demand for various series and shows have increased, the live broadcasting business has been growing outstandingly well in recent years.

Advancement in technology has modernized the techniques of broadcasting live coverage and has motivated thousands of people to take part in the spectacular enthusiasm of showcasing major live events. Copyright and other related rights, especially the one relating to broadcast have strengthened the relationship between the broadcasters and the performers/producers.

Media houses pay a huge sum of money to the broadcasters to exercise exclusive rights to broadcast top live events. For most of the organizations, the sale of broadcasting rights and media rights have become a major and biggest source of income in order to generate funds. Such funds may be used to finance live events, performers, decorations, music equipment, etc.

The royalties earned by the broadcasters from selling their exclusive footage to the other media outlet competitors enable them to earn more and thereby invest in the costly structural organization and technical infrastructure for setting up the broadcasting space.

Provisions in the Copyright Act

The main objective of the Act deals with the rights of copyright in its “original” literary, dramatic, musical, artistic works, cinematographic films and sound recordings.

The provisions relating to broadcast has been listed in Chapter VIII of the Copyright Act from section 37 – 39 A. Let’s discuss the provisions in detail below.

If any person, without the license of the owner of these rights, re-broadcasts or causes the broadcast to be heard or seen by the people on payment of any charge or sells or hires to the public then such a person shall be deemed to have been infringed the broadcast reproduction right of the owner.

Section 38 provides for the protection of the performer’s rights.

Section 2 (qq) defines Performer as “to include an actor, singer, musician, dancer, acrobat, juggler, conjurer, snake charmer, a person delivering a lecture or any other person who makes a performance.

The performers have a special right known as the “Performer’s right” for appearing or engaging in any performance. Such right shall subsist till fifty years from the beginning of the calendar year next following the year in which the performance is made.

Section 38 A provides for the exclusive rights of the performer.

The performer has the right (exclusive right subject to the provisions of this Act) to do or authorise the doing of any of the following acts in respect of the performance or any substantial part thereof (without prejudice the rights conferred on the Author):

Once a performer has consented to his performance in a cinematograph film by means of a written agreement, he shall not in the absence of any contract to the contrary, object to the performer’s right in the same film enjoyed by the producer of the film.

[Provided that the performer shall be entitled to royalties in case of making the performances for commercial use.]

Section 38 B provides for the moral rights of the performer.

(a) to claim to be identified as the performer of his performance except where a clause of omission has been dictated by the producer; and

(b) to restrain or claim damage in respect of any distortion, mutilation or other modification of his performance that would be prejudicial to his reputation.

[Note – It is hereby clarified that mere removal of any portion of performance for the purpose of editing, or to fit the recording within a limited duration, or any other modification required for purely technical reasons shall not be deemed to be prejudicial to the performer’s reputation.]

Section 39 provides for the acts that do not infringe broadcast reproduction right or performer’s rights.

Such acts are as follows:

(a) making any sound or visual recording for the private use of such person, or solely for purpose of bona fide teaching or research;

(b) use (consistent with fair dealing) of excerpts of a performance or of a broadcast in the reporting of current events or for bona fide review, teaching or research;

(c) such other acts with necessary adaptations & modifications, which do not constitute an infringement of copyright u/s 52.

Section 39A provides for certain provisions to apply in case of broadcast reproduction right and performer’s rights.

The issue with regards to the broadcasting of live sports event was considered in one of such cases by the Delhi High Court in the matter of Star India Pvt Ltd v/s Piyush Agarwal and Ors 13 March, 2013 whereby an Agreement entered between Star India and Board of Control for Cricket in India (BCCI) specified that Star India shall broadcast all the matches organized by BCCI and shall have rights over all the information relating to the matches including right to create and broadcast text messages.

By the said agreement, the media rights, including mobile activation rights and mobile rights were entrusted to Star India exclusively for a 72 hour period. Star India contested that the Respondents were violating these rights by sending live score updates through text messages and thereby a suit was filed by the plaintiff for infringement of its exclusive rights.

The issues raised by the Court while hearing this matter were:

The Court after its findings held as follows:

The court dismissed the suit without costs.

In the international setup, the International Convention for the Protection of Performers, Producers of Phonograms and Broadcasting Organization (Rome Convention) 1961, has given the broadcasters exclusive right for 20 years to sanction rebroadcasting, fixation, reproduction and communication of their broadcasts to the public. However, a need is being felt to update the protection of broadcaster’s rights in order to accommodate the revolution of digitalized world.

There are negotiations ongoing at the World Intellectual Property Organization (WIPO) which aims to draft an internationally sound legal framework that will adequately protect the broadcaster’s rights against piracy of broadcasting signals.

Signal Piracy, also known as signal theft, occurs when a business or individual decodes an encrypted signal without authorization, that is to say, that they have not paid for or subscribed to the service. Signal piracy not only looms the revenues arising from advertising and sales of the broadcasters who have paid for exclusive rights but also risks the value of those rights.

On the contrary, domestic laws provide for different ways to tackle signal piracy like shutting of illegal websites, restricting sites – access to which is given only on subscription and the like. Broadcasting organizations have suggested for better legal protection at national and international levels.

India has historically placed its reliance on the primacy of public interest and continues to do so for its socio-economic development. The infringement of the online, electronic and digital uses has been a real challenge before India where the protections are lacking. Legislative reforms are required in order to balance the public’s ever-increasing desire for appropriate ways to view digital materials against the legal rights of the owners of the material, while also aiming to maintain a forward-looking perspective in an attempt to foresee potential technological advancements that may pose considerable challenges to the traditional copyright law.