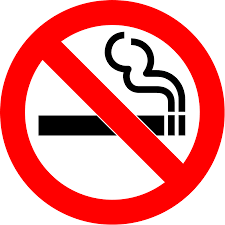 In this blogpost, Saumya Agarwal, Student, Amity Law School, Delhi writes about laws on smoking in different states in India.

“Because tobacco is responsible for an impressive one-third of cancers.” – Bernard Levin

Tobacco is a green, leafy plant that is grown in warm climates. After it is picked, it is dried, ground up, and used in different ways. It can be smoked in a cigarette, pipe, or cigar. It can be chewed (called smokeless tobacco or chewing tobacco) or sniffed through the nose (called snuff).

Tobacco use is a risk factor for many diseases, especially those affecting the heart, liver, and lungs, as well as many cancers. In 2008, the World Health Organization named tobacco as the world’s single greatest cause of preventable death.[1]

Smoking is banned in public places in India. According to a report submitted by World Health Organization (WHO), 12% of the world’s smokers are Indians[2]. The tobacco products include cigarettes, cigars, cheroots, bidis, cigarette tobacco, pipe tobacco, hookah tobacco, chewing tobacco, pan masala or any chewing material having tobacco as one of its ingredients.

LAWS RELATING TO SMOKING AND OTHER TOBACCO PRODUCTS

Presently, smoking is governed by the Cigarettes and Other Tobacco Products (Prohibition of Advertisement and Regulation of Trade and Commerce, Production, Supply and Distribution) Act, 2003 and Prohibition of Smoking in Public Places Rules, 2008. However, the Health Ministry is seeking to get it amended.

The Act strictly prohibits the direct or indirect advertisement of cigarettes and other tobacco products in any form- print, electronic or hoardings. One of the major aspect that the Act covers is the ban on the sale of tobacco near the educational institutes.

The Health Ministry has put forward certain recommendations to amend the Act. Firstly, raising the minimum age of a person who is buying tobacco products from 18 years to 21 years. Secondly, it is proposed to raise the fine to Rs 1000 from Rs 200 on smoking in public places as well as recommending removal of designated smoking zones in hotels and restaurants. Also, the government seeks to ban the sale of loose cigarettes. According to a survey conducted by a leading market research firm, 70% of the cigarettes sold in India are sold in the form of loose cigarettes.[3]

These are part of the recommendations made in Cigarettes and Other Tobacco Products (Prohibition of Advertisement and Regulation of Trade and Commerce, Production, Supply and Distribution) (Amendment) Bill 2015.

According to the Act, “public place” has been defined under Section 3 (l) as any place to which the public have access, whether as of right or not, and includes auditorium, hospital building, railway waiting room, amusement centers, restaurants, public offices, court buildings, educational institution, libraries, public conveyances and the like which are visited by the general public but does not include any open space.

Section 4 says “No person shall smoke in any public place: Provided that in a hotel having thirty rooms or a restaurant having a seating capacity of thirty persons or more and in the airports, a separate provision for the smoking area or space may be made.”

After reading the definition, the first thing that comes to our mind is whether smoking on roads is allowed?

According to the definition of public places stated in the Act, the roads are not included in the definition. So does the court think it is okay to smoke in the roads? What is the use of the Act when the government allows the people to smoke and increase the air pollution? If people are smoking on the roads, then it is likely that more people will become passive smokers.

This article seeks a more unambiguous definition as there are so many lives that are affected by it. When a person smokes, it does not only harm him, but it also harms the people around him.

The states of Madhya Pradesh, Kerala, Bihar, Rajasthan, Maharashtra, Haryana, Chhatisgarh, and Jharkhand have implemented the aforesaid provision as envisaged under FSSAI regulation (2.3.4), to enforce a ban on manufacture, sale and storage of Gutka and Pan Masala containing tobacco and nicotine, in their States.

No person should advertise in any place and any public service vehicle which may promote smoking or the sale of cigarettes and beedis, etc. Also, no person shall sell cigarettes, beedis or any other tobacco product to any child below the age of eighteen years. Further, no person shall store, sell or distribute cigarettes or beedis or any other such smoking substance within an area of one hundred metres around by college, school or educational institution. All the above offences should be punishable with fine which may extend to five hundred rupees and in the case of a second or subsequent offence shall be punishable with imprisonment which may extend to three months or with a minimum fine of five hundred rupees but may extend to one thousand rupees or both.

The Tamil Nadu State Government has acted in a notification in 2001, banned the sale of chewing tobacco, pan masala and gutkha containing tobacco in any form, in the state in the interest of public health under Section 7(4) of the Prevention of Food Adulteration Act, 1954. The state passed an Anti-Tobacco legislation, i.e.,., The Tamil Nadu Prohibition of Smoking and Spitting Act, in February 2003, to provide for the prohibition of smoking and spitting in public places and public vehicles.

The State Government notified the Central Act in the State Gazette in 2004.

Also, the state has set up a Tobacco Control Cell in the office of Director Health Services, Punjab. The Punjab Government has notified as a number of people to take cognizance of the matter under the Act. They are:

The Haryana Government has completely banned the manufacture and sale of all the products containing tobacco in the state, The State Food and Drug Administration has also issued a notification regarding the same. Violation of the ban is punishable with imprisonment up to six months or fine up to 1 lakh rupees.

Tobacco is injurious to health. Say NO to tobacco.