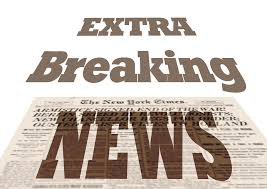 In this blogpost, Harsha Jeswani, Student, National Law Institute Univesity, Bhopal writes about what is media trial, fair trial vs. fair speech and media trial vs. free and fair administration of justice.

Media is recognised as the fourth pillar of Democracy after Legislature, Executive and Judiciary.  It plays an important role in creating awareness among people and is capable of changing the viewpoint of society. Therefore, in order to ensure democracy, there is a need for free and independent media. Part III of the Constitution of India does not specifically talk about Freedom of Press. But in a number of cases Supreme Cout held that the freedom of speech and expression enshrined in Article 19(1) of the Constitution includes freedom of the press.

The role of media is to keep the public informed. However, these days the role of media is often criticised especially in reporting criminal matters. The media sometimes go beyond its domain and starts interfering with the functions of the court. So should the media stop reporting criminal cases that directly or indirectly results in interference with the powers of court?

Media has started functioning as a public court. It now conducts a parallel trial with the court. It fails to recognise the gap between an accused who is presumed innocent until proven guilty and a convict whose guilt is proved beyond reasonable doubt.

Trial by Media generally refers to a practice where the media starts doing its own investigation and forms a public opinion against the accused even before a trial commences. In this way, it prejudices the trial thereby infringing the right of the accused to a fair trial. Thus, the accused who must be considered as innocent until proven guilty is now presumed as guilty thereby violating his rights.

Article 19(1)(a) of the Constitution guarantees the fundamental right to freedom of press and Article 21 of the Constitution recognises the right of an accused to free and fair trial. A balance needs to be maintained between the two fundamental rights. Right to a fair trial is the absolute right of every individual.  Therefore, it cannot be done away with in any case. On the other hand freedom of speech and expression under Article 19 (1) is subjected to reasonable restrictions given under Article 19 (2) of the Constitution and Section 2 (c) of the Contempt of Court Act. Hence, it is evident that right to fair trial is more important as the dignity of an individual is always given preference over the right to free speech and expression and cannot be compromised in any case.

Media should also function on these principles. A fair trial is not purely private benefit for an accused – the publics’ confidence in the integrity of the justice system is crucial.[1] The right to a fair trial lies at the heart of the criminal justice system of India. It recognises several other rights such as the right to be presumed innocent until proven guilty, the right not to be a witness against oneself, the right to a public trial, the right to legal representation, the right to speedy trial, etc. The Supreme Court in the case of Zahira Habibullah Sheikh v. State of Gujarat[2] laid down that a fair trial must always be conducted before an impartial judge. A fair trial is a trial where the chances of biases for or against the accused or the witness are eliminated.

By conducting a parallel trial with the court, media often prejudices the judicial administration of a country by influencing the opinion of the judges. Sometimes, excessive publicity given to an accused or suspect by media before trial commences prejudices a fair trial thereby characterising him as a person who actually has committed the crime. This results in undue interference with the “administration of justice”, calling for proceedings for contempt of court against the media. Recently, Justice Joseph said that Media should play a constructive role in the betterment of the legal system while addressing a seminar on “Current Issues before the legal profession and the judiciary”.[3] He also said that media must exercise due care and caution while reporting criminal matters to avoid any kind of disrespect to the Constitution and the judicial system in the country.

One of the examples in this respect is the case of Aarushi Talwar. In this case, media has played a major role in incriminating parents without any sufficient evidence. Likewise, there are many instances where the media has changed the whole way of perception. Media is often blamed of conducting the trial of the accused and passing the judgement even before the court thereby interfering with the judicial process.The trial is essentially a process to be carried out by the courts. Therefore, media must confine its role to reporting matters and not assuming the role of the court.

It cannot be denied that media is considered as a voice of the people. It plays a positive role whenever justice is denied. Some famous criminal cases that would have gone unpunished but for the intervention of media are Priyadarshini Mattoo case, Jessica Lal case, Nitish Katara murder case, etc. However; nowadays media is so much sensationalised that it often exceeds its powers and assumes the role of the court. There are cases where the accused is denied the right to a fair trial due to the unnecessary involvement of media. It is, therefore, important that the media while acting as a watchdog must ensure free and fair administration of justice. The Law Commission in its 200th report emphasised the need to strike a balance between the fundamental right of freedom to speech and expression and the right to free and fair trial of the accused.