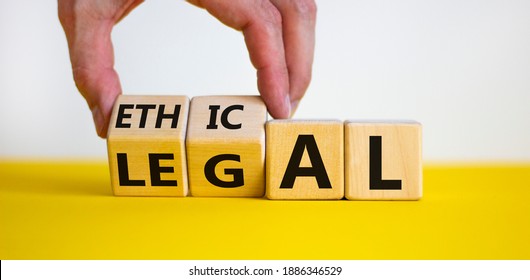 This article is written by Daisy Jain, pursuing B.COM.LLB (Hons) from the Institute of Law, Nirma University. This is an exhaustive article which deals with legal ethics in the pandemic era.

The term “ethics” originated from the Greek word “ethos” (character) and from the Latin word “mores” which means custom. They work in tandem to characterize how members of society choose to communicate with one another. In philosophy, ethics describe what is beneficial to the person and community and create the scope of the obligations that individuals and groups bear to each other.

The principles of legal ethics may indeed be described as rules of behavior, verbally or in writing, that govern a practitioner lawyer’s conduct toward oneself, his client, his opponent in statute and the honorable court.

Legal ethics is a phrase that refers to a code of conduct that governs appropriate professional conduct and establishes the nature of a person’s and society’s liabilities.

First and foremost, judges and lawyers are essential for the formulation and application of the law. Also, the rule of law has its origin from the principles of equity, fairness and justice.  If the judges and lawyers do not abide by and encourage these principles of equity and ethics, the law will be brought into great misconduct, and people will then turn to substitute methods of conflict resolution with an increase in public dissatisfaction, and therefore, the rule of law will be undermined.

Secondly, lawyers have noble profession. This principle exemplifies the idea that challenges of ethical duty and obligation are fundamental to the legal profession and must be addressed as such. It’s been said that the cohesive prestige of a noble profession like this, as well as the optimism it continues to inspire, is perhaps the most important commodity. The legal profession, in particular, must be able to inspire optimism in the general public.

In addition, legal ethics require that attorneys conduct themselves in an honorable and fair manner with their clients and opponents. For instance, the fee charged by attorneys must be reasonable and equitable. The high cost of legal representation discourages the general public from using the legal system to safeguard their rights. It is an abuse of the advocate-client relationship built on trust and respect between the two parties.

Regulation of the behavior of lawyers in India

Section I – Duty towards the Court

An advocate must remain civil. He cannot behave inappropriately as it spoils the court’s integrity, the court is a good place to come to pursue justice. An advocate cannot impact the judge’s verdict or visit the judge personally to interact to give the ruling in his favor.

They must retain the language during the argument in court. A lawyer should show up in the stipulated attire. This recommended dress code must not be worn outside the court or in an open area and it should only be stretched when the Indian Bar Council allows certain ceremonial events.

A client wants that his lawyer is devoted solely to work, is hard-working and well-reputed. Even with his hectic schedule, a client can freely consult his lawyer and discuss issues. An advocate can reject a stubborn client.

The advocate should pay close attention to his client’s issue and make the complaint accordingly. Under Rule 33 of the Bar Council of India, an advocate must not alter the parties as per the rule of professional and judicial etiquette.

Section III – Duty towards the opponent Quite often the lawyers promise the opponent party that they may come down for a resolution or mediation, but a lawyer could only go to settlement through the other party’s lawyer and not by directly approaching the opponent.

Virtual courts due to the pandemic

Concerning the legal profession, Covid-19 has impacted many lawyers in a negative manner. This was because only emergency cases have been dealt with by the courts through virtual hearings. In virtual hearings, the number of cases heard was decreased, constraining the work done by lawyers. The junior lawyers of the Bar were the most affected.

The Bar and the Bar Associations have made attempts to assist the lawyers who are in need by implementing numerous financial support initiatives for lawyers and expanding assistance for the payment of medical expenditures for Covid-19 infections, but this is still not enough.

The Delhi Bar Council has also bought oxygen cylinders to support members in an emergency. The Indian Bar Council lodged a petition last year with the Apex Court to pursue financial help and support lawyers following the pandemic, but a verdict remains underway.

The virtual courts had a lot of benefits, for example, they reduced the environmental impact of court proceedings. They also saved expenses as it reduced the need for the litigants and lawyers to go to the courts. It also provided the parties with openness regarding the place of proceedings and facilitates available online.

They provided direct exposure to court orders. It appears that courts in India post-pandemic will provide a healthy balance between virtual and physical systems. But the issue persists. In India, the Bar Council itself said that upto 90% of lawyers are not technology-friendly and fully prepared for these digital advancements. While several councils of State Bars have made laudable efforts, they have still not proved to be very effective.

However, the selected 10 percent, who were able to easily access the courts have ensured that the courts in the country remain constantly diligent on their citizens’ fundamental human rights.

Because of the coronavirus outbreak, which resulted in a nationwide lockdown to prevent the virus’ spread, the Supreme Court had planned to conduct court proceedings virtually through video conferencing. Although the judges, attorneys and lawyers are gradually becoming accustomed to virtual proceedings, the video conferencing proceedings have produced some humorous instances.

Although the presence lasted only a few seconds, it was sufficient to cause bafflement among those who were present. Controlling the access to live court hearings has resulted in some humorous incidents in the past and it isn’t the first time it has happened. While participating in a virtual proceeding carried via video conferencing, many lawyers have indeed been observed smoking hookah or even relaxing on the bed.

It is common for the attorneys to sign-in on the application several minutes before the proceeding is due to begin. They also need to double-check and make certain that their audio connection is working properly. Some people, nevertheless, who are not familiar with the process of video conferencing end up doing something else instead.

Need for professionalism – online and offline

In times of the pandemic, it is the duty of an advocate who is involved in a noble profession, to keep his ethics entitled to him. The deficit of the honor and dignity of the legal profession results in a lack of reverence for the court system and the law.

People have lost faith in the justice system and they presume that no action will be taken in the event of a complaint. If justice is established in society, individuals will begin to take steps to address their concerns on an individual basis.

People have taken the law into their own hands and are not willing to indulge in the judicial process. As a result, property and lives are destroyed and society as a whole is brought to its knees.

Legal ethics necessitates the ethical conduct of the legal profession to prevent the destruction of society. The Bar and the Bench are required to work cooperatively with one another to avoid the conflict of interest.

The judiciary (the bench), the Bar (the Bar Association), and the prosecution are not adversaries. To achieve justice, they should work together in a friendly manner. It is the duty of a person (judge or advocate or a normal client) whether in offline or in an online mode conducted through virtual hearings, to abide by the etiquette and standard professionalism to maintain the decorum of the court.

The pandemic caused radical changes and disturbances in the society. This also caused a negative effect on the legal profession. Amidst these difficulties, lawyers must still adhere to their professional responsibilities and ethical principles. During the outbreak of COVID-19, numerous State Bar Associations have even released guidance to assist lawyers with their ethical responsibilities.

The same way in which every person has standards of conduct, so does every advocate has ethical guidelines or duties that must be carried out towards himself or herself, his or her clients, opponents, colleagues, and the court, among other things. For example, it is the advocate’s responsibility to sustain the civility of the court and to act appropriately with his or her opponents or colleagues.

He must always work for the benefit of his clients and must abstain from engaging in any action that would betray their confidence in him. All of these responsibilities, ethics, and moral standards assist an advocate in achieving greatest success in his or her career and becoming a successful lawyer.

In the time of pandemic, many people are in a situation of distress and it is a duty of an advocate to not take advantage of their distress and help them in their interests, keeping in mind the ethical standards.