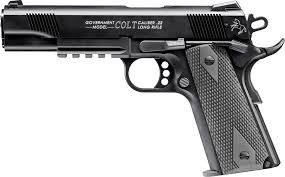 In this blogpost, Megha Singh, student, UPES, Dehradun, writes about the procedure which has to be followed to get a license for possessing or owning a firearm.

India is a country where owning and possessing a gun is considered as a privilege and not a right. Only the licensed persons can legally obtain, own or exchange a firearm or ammunition.

The Arms Act of 1959, and the Arms Rules 1962, of India, disallows the deal, fabricate, ownership, procurement, import, export and transport of guns and ammunition unless under a permit and is a stringent procedure. The government of India has a restrictive policy over generating and offering guns, except for some breach stacking smooth bore shotguns, of which a set number may be created and imported.

Before 1987, licenses for securing and owning of both PB and NPB guns could be given by the State Government or area officer, but later issuing the licenses for PB guns turned into the obligation of the central government. The license is valid for 3 years and should be renewed after that period.

Just authorized gun owners might legitimately gain, have or exchange a gun or ammunition.[2]

The minimum age for firearm proprietorship in India is 21 years. Candidates for a weapon proprietor’s permit in India are required to set up a criterion to have a gun, for example, individual insurance, security, pest control, target shooting, chasing and so on. A candidate for a gun permit must pass a personal investigation which considers criminal, mental and abusive behavior at home records. In India, third party character references for every firearm permit candidate are not required, and permitting powers are not required to lead interviews with, or to prompt a candidate’s mate, accomplice, or closest relative before issuing a weapon permit. In situations where past history or the probability of family violence exists, the law stipulates that on account of any conviction for a brutal offense, a firearm permit ought to be denied or renounced.[3]

A candidate does not require an understanding of gun security and the law, or experience any hypothetical or practical training class, with a specific end goal to get a weapon permit. A weapon permit is valid for 3 years, and firearm proprietors must re-apply and re-fit the bill for their gun permit like clockwork.

Powers keep up a record of every individual non-military personnel authorized to get, have, offer or exchange a gun or ammunition. The authorized gun proprietors are allowed to have a maximum of three guns. An authorized firearm proprietor can buy a maximum of 25 rounds of ammunition for each buy, subject to a sum of 50 rounds for each annum.[4]

Private ownership of self-automatic attack weapons and handguns (guns and pistols) is allowed under permit for target shooting and assurance, although just particular gauges are allowed Regular citizen ownership of rifles and shotguns in additionally allowed. Be that as it may, ownership of programmed guns by regular folks is disallowed.[5]

Official procedure to be followed:

1.An application for the grant of the permit should be made to the concerned authority and might be in such frame, contain such particulars and be joined by such charge, if any, as may be prescribed.

For example, if you live in Delhi, the concerned authority for you would be the A.D.C.P (Licensing), Delhi. His office is at the Defence Colony Police Station, found right alongside the Moolchand flyover. The charges for granting a new permit would depend on upon the type of firearm for which the permit is being sought. The maximum amount is charged for a handgun (gun/gun) and rehashing rifle (Rs. 100), and the least for a Muzzle loading weapon (Rs. 10). The charges for renewal of the permit are half of the application charge. The application charge can be submitted directly along with your application.

2. On receipt of an application, the person having the authority might ask for the report of the responsible officer from the closest police headquarters, and such officer should send his report within the stipulated time.

The candidate must mention all the locations that he/she has lived at, amid the most recent 5 years along with the time period and length of time from-to for every location. A confirmation report will be asked for from the pertinent nearby Police Stations at all the locations given by him. This is the place where most permit application records “get lost” in transit.

3.The Licensing Authority, after such request, if any, as it may consider important, and after considering the report as mentioned above, and subject to the provisions of the Act, may either give the permit or decline to give the same.

4.However, where the officer accountable for the nearest police headquarters does not send his report as required within the recommended time, the authorizing authority might, if it considers fit, make such request, after the expiry of the endorsed time, instead of waiting for the report.A license must be granted by the licensing authority only if it is satisfied that the individual by whom the permit is required has a justifiable reason behind getting the same.

5.A license must be granted by the licensing authority only if it is satisfied that the individual by whom the permit is required has a justifiable reason behind getting the same.[6]

[2] India.2010.‘Record Keeping.’ National Report of India on its Implementation of the International Instrument to Enable States to Identify and Trace, In a Timely and Reliable Manner, Illicit Small Arms and Light Weapons (and the UNPoA).New York, NY: Permanent Mission of India to the United Nations,31 January.

[5] India.1959.‘Prohibition of Acquisition or Possession, or of Manufacture or Sale, of Prohibited Arms or Prohibited Ammunition.’ Arms Act (1959), Act No. 54, An Act to Consolidate and Amend the Law Relating to Arms and Ammunition.New Delhi:Parliament of the Republic of India,23 December. (Q1494).