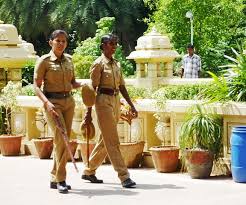 In this blogpost, Shipra Prashant, student, UPES, Dehradun, writes about the concept of Community Policing, and tries to analyse as to why it is needed. Further, she goes on to analyse the problem attached with it, and the possible steps which can be taken to resolve them.

The concept of Community Policing

The real meaning of Community Policing is the alliance between the local Police and the community which is involved in solving the problem of that particular area. Taking the example of Residential Welfare Association (RWA), they are formed in a residential area as a representative of the people living in the area; the RWA’s are involved in solving the problems of the people as well as creating a link between the community and higher authorities.

Community policing here would be when the RWA is backed by the police in the area. Community policing has a wider implication since it is formed for various purposes such as control of crime and its prevention. Also there is an emphasis on making the community members active participants in the process of problem-solving.  Furthermore, if the neighbourhood patrol is backed by the police of the area, it would provide efficiency in problem-solving as well as prevention of crime.  A structure of partnership is formed between the community and the police of the area.

The movement of community policing

Community Policing is a phenomenon which has gained quite a momentum in the recent years. The police and the community leader have thus come up with a more effective way to promote public safety and enhancement of quality of life. The strategies to community policing may vary from place to place, depending upon the demography and the requirement of the area. Therefore, there is no set of regulations that has been established.

One of the major objectives behind the genesis of the idea of Community Policing has been that the policing strategies of the past have proven to be redundant. The practitioners have agreed that there is a pressing need for innovative ideas in order to curb the crimes in the communities. The level of crime and nature of the crime have changed character resulting in need for a more effective method.

Furthermore, there has been a radical change in the social fabric of our country.  In this rapidly changing environment, where the police have to deal with plenty of crimes and increased level of violence, the concept of community policing seems like an ideal solution.

The need for community policing arises from the fact that the citizen do not have goodwill towards police. The relation between the Police and the citizen hasn’t been cordial, and their actions are often accused of being mala Fide in nature.

In the present time as well, there have been various issues in regard to the Police. The Police have many a times come under the scrutiny of the citizens by way of media. There are reports of police brutality, mishandling of the cases, corruption. Therefore, there is a lack of trust in the functioning of the Police. One of the major potholes in the police functioning has been noticed in the handling of registration of First Information Reports (FIRs) in the police stations.  In a recent case wherein it took two hours for a Supreme Court Judge to get the FIR registeredand tedious situation.

There is a major lack of accountability of the police; hence, Community Policing is seen as a way of curbing it.

Then there have been incidents which highlight the lack of respect for law as well as humanity from the side of Police towards the citizen. A case of ‘fake encounter’ of Sohrabuddin Sheik and his wife Kauser Bi in Ahmedabad in the year 2005, revealed that the Sohrabuddin was murdered on the suspicion of being a terrorist, planning to kill the Chief Minister of Gujarat. It, later on, turned out that the inspector had no proof of the allegation and only did it for the personal gain. [2] Also, the corruption charges against police have proved their purpose rather counter-productive as the citizens do not trust them.

There are various drawbacks in the policy of Community Policing. But the impression that the police have in the mindset of the Indian society results in the implementation of the idea of community policing rather difficult. There is a requirement of a major transformation in the structure of the police system so that they are capable of regaining the trust of the people in the society.

A few measures that can be taken are-

This was even realized by the National Police Commission (NCP) Report[3] as recommendations were made to change the recruitment process.

There have been instances where Community Policing has been applied by various cities.  In Hyderabad, the community policing initiative proved to be a success since it helped in controlling the crime rate.

In Howrah, community policing has been used in order to fight terrorism, after a raid on suspected ISI agent Mohammad Illyas’s home in Tikiapara[5].

Community Policing in various instances have proved to be an effective method, it has not only affected in a safer environment but also has been able to develop a better relationship between the people and the police. Thus, it can be said that Community Policing is a beneficial step towards making a better and crime-free society.