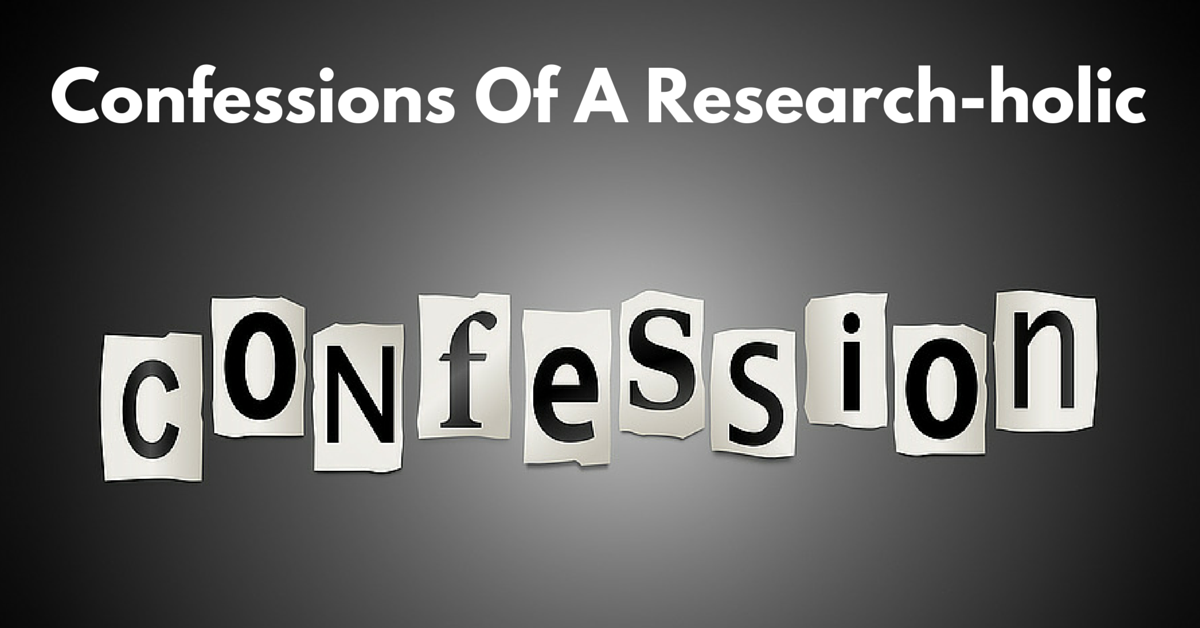 This article is being republished from A First Taste of law archives and is written by Harshavardhan Ganesan.

At the very outset, I must admit that when I entered law school 4 years ago, I had no idea what people meant by research. In fact, I would go so far as to confess that the first two years of my law school life went into trying to figure out what the term ‘research’ meant. Finally, enlightenment dawned on me by virtue of 3 separate but unique incidents, but more on that later. The basic, fundamental question this article wishes to answer is this- “How to Research in a way that is most useful, efficient and a tad bit thought-provoking”. Questions are easy; answers on the other hand, are not.

Let’s look at some of the problems law students, or in fact members of any disciplinary field face, when it comes to research. Lack of basic resources, lack of knowledge on how to use the resources, laziness, hangovers, and overall the negative connotation attached with the word. Research is usually seen as a humdrum process that is the law student equivalent to stacking files alphabetically. This attitude needs to change. First, we all need to realise that research does not have an end in itself; it is part of a bigger picture (Usually moot courts, research papers, seminars, real-life cases etc.) The importance of this knowledge is it helps researchers to realise that their contribution is not with regards a specific provision, or an interpretation of a particularLatin term, but their contribution in fact spreads wide and affects the entire nature of the dispute before them or their seniors as the case may be. In other words, research is but a means to an end. Second, Research is a necessity, inevitability, inescapability and in legal terms, a sine qua non to become a great lawyer.

It is at this junction, that I should share, the first instance, which helped me become a good researcher. Studying in ILS Law College, we really weren’t exposed to much research in the first couple of years. There was some donkey work to do for seniors once in a while, and a few exclusive moot court competitions dedicated to first and second year students, but nothing much beyond that. This left me, a compulsive workaholic, at an extreme disadvantage, because although I entered into the halls of ILS with great enthusiasm, the truth was, there really wasn’t much to do. I realised that there was going to be no spoon feeding at this institution, and if I wanted to achieve something, I needed to take work load on myself. This vow to me occurred a little too late, AFTER my internship at the offices of Mr. Satish Parasaran, son of the ex-attorney general K.Parasaran, and brother of the current solicitor general Mohan Parasaran. I was asked to research upon a particular point of law, namely whether intermediaries could be held for trademark infringement. I realised that the question was simple and I had understood it well. I knew what was expected, but I had one problem. I had no idea where to start! It was only through constant prodding, and questioning (Much to the chagrin of the associates there I am sure) did I figure out, and develop a research methodology.

I realised then, that whatever the reason for the initial lack of interest in legal research, something changes when law students head out for legal internships during the summer. That’s because they’re asked to research—again and again and again. So, while we as law students may or may not grow to love legal research, we need to understand that it’s a critical skill we must acquire.

In fact, upon returning from the internship, I realised that legal research was the biggest skill I should have but failed to acquire in my first two years in law school. Some realise this earlier than me, I hope you are one of them.

Well, the obvious question then is, how do YOU research? My research methodology (That’s just a fancy name for my posture on my lazy boy with a packet of chips and a red bull) consists of 3 parts, that I fondly call USR:

Understand the legal/Factual question at hand
Search for the best source(s) to support your contention
Read as if there is no tomorrow
USR (No reference to the previous USSR or the USA is intended) is my personal sure shot way of understanding and knowing the law. Let’s go step by step.

For some law students and even attorneys, research is Manupatra or Indian Kanoon. Good legal research, however, is much more than a research system; it’s a process. Good legal research is intertwined with analysis, understanding, and application. While finding the law is important, “one has not truly found the law until he understands it,” as one prominent law librarian has noted. A research system can’t do that for you. That is exactly why Step 1 of USR is about understanding the law. Read commentaries, or articles which describe not only the point of law that you are searching for, but also all related concepts.

Answering such periphery questions will abet answering the fact/ point of law in question. Without understanding the law, one cannot hope to expound it, and such illustration will only be half-baked.

Alright, so we have finished reading the basics of the point in question, as well as all inter-related aspects. So we are good to go right? Well, only partially. The question is, where did you do your research from? Blogs? Commentators? Law Commission Reports? Your senior’s notes?Wikipedia?

Of course there is a hierarchy, of how to go about your research, and what sources you should use to (a) Understand the law and (b) Cite in documents. Most people fail to grasp this basic, but subtle difference. In order to understand the law, it is permissible, nay, encouraged to read blogs, articles, even (Dare I say it) Wikipedia, merely to understand the broad picture. I use the term ‘broad’ in a very broad way. Consider it a watered down version of a virgin mojito. Once the basic and allied concepts are ingrained in the brain, step it up a notch, and start reading commentaries, journals, and judgements that support your view.

I learnt this lesson the hard way. When I was interning in New York (Resume` show off time), I was asked to research the effect of Section 34 of the Indian Arbitration Act, in International Commercial Arbitrations. I was really excited, largely in part to my interest for arbitration. I went through multiple articles and commentaries online, but still failed to find the precise point of law I was looking for. Then, Eureka! There it lay, the sentence that I could have not drafted better, sitting right there on the screen. It was a temptation that I gave into. I cited a blog (The Indian Arbitration Blog I think it was called). Usually this wouldn’t have been such a big deal, but my draft opinion was included prima facie by the associate, who had her doubts about the inclusion of the blog, and then sent the same to a senior partner. I still remember the feeling I had when the senior partner told me in the politest of tones with the nicest of words, that I cannot cite a blog in an opinion that was supposed to be a part of a brief to be submitted to the Court of Appeals Judge!

The point of the story is this, know what to cite, and where to cite it. The blog or even a Wikipedia article might have the golden egg that you are desperately looking for, but unless you wish to lose your job (Or in some jurisdictions, like Westeros, your head) you absolutely must not give in to the urge. Much rather, see if they have cited that particular sentence to any piece of legal literature. If they have, cite the literature ONLY after going through the same. Research is hard work, but it is also extremely satisfying once you have made a water-tight case for yourself.

This brings me to my third and last step. Read. It sounds simple enough, but it is much easier said than done. Let’s take a simple example. “Substantive laws do not have retrospective application.” This sentence is cited to 6 different authors and commentators. Our initial tendency and urge is to merely cite the first, or the most ‘authoritative’ author (An unknown standard in an unwritten code determined by Indian Law students). This tendency is a pitfall in the field of legal research. The more advised step to take would be to read the various commentators’ point of view, analysis and justification and then cite the same. The biggest treasure cove that a law student has in any article is not the bare text of the article itself, but the citation section. It is literally an endless search for more and more authorities, which leads to more and more knowledge, more and more conviction and eventually better work.

I confess that I lied at the beginning of this article. The third incident I spoke of was in fact neither unique nor distinct, but a sum total of all the countless hours I have spent researching for all the Moots, Research Papers, and Articles that I have participated in. I have tried my best to share my experiences on how best to research with all of you, but the truth is that each person has an individual style, and manner of research. I know many people who have much more organised ways of researching, which include segregating every article or commentary they read into various headings, sub-headings and sub-sub-headings. Stick to what works for you.

The truth is, however, that whether you like it or not, legal research is a critical part of lawyering. Don’t underestimate its importance.

I strongly and firmly believe that USR is a good place to start. Novation and Modification is your prerogative. I know I modified my USR. What did I do? The Joker says

“If you are good at something, never do it for free.”
I plan to implement those words today.