In this bog post, Amit Halder, who is currently pursuing a Diploma in Entrepreneurship Administration and Business Laws from NUJS, Kolkata,discusses the liability of the director of the private company under the Income Tax Act. 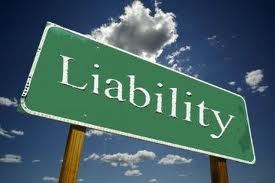 A company, irrespective of whether it’s a public limited company or a private limited company, must have directors who manage the day – to – day affairs of the company. A company has a separate legal entity and has the power to sue and be sued, but it does not have the capability to think. For its assistance, the directors are appointed in this behalf. The members are the actual owners of the company, but they neither have the capacity nor the ability to interfere with the management of the company who have plentiful shareholders. The directors are appointed by the members to handle the dealings of the company. There are many directors appointed for a company, collectively they are known as the Board of Directors. A director must be a person and cannot be a firm, association or a body corporate. Any named Partner or so may appoint him. 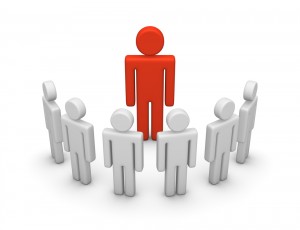 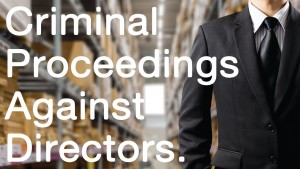 The directors are solely responsible for their acts. If a forgery is done jointly then the directors who commit such act are responsible jointly and if it is individually done then the individual director is responsible for such an act. The director is a dependable member of the company and can only be dragged to a tribunal if he is found guilty but an outsider must file the suit. The directors are part of the company, so it is necessary that an outsider has to bring the suit. The outsider can be a shareholder or a creditor. It is found that when they are found guilty the company though it has a separate legal entity cannot bring a suit against them nor do justice to it. It can only be done in the tribunals.

The directors are the commanders of the company; its fate depends on their decisions. There are many Indian Laws which directly attributes the person who is in charge of the business. Sections 178, 179 and 180 of the Income Tax Act 1961, deal with the liability of the directors. Section 178 provides that at the time of winding up any person can be appointed as a liquidator. The liquidator has no right to set aside any amount in respect of assets for paying any outstanding taxes or any sum due to any creditor. The liquidator must provide any such information to the Assessing Officer for further inquiry. On being satisfied, the liquidator with the permission of the officer will take further steps for repayment. If the liquidator is found guilty, then he shall be responsible for such act and is liable for repayment of such debts. Then Section 179 says that directors including a retired director are responsible if the taxes are not cleared for the previous year of any private company. The amount of taxes outstanding is to be paid by the directors unless he proves himself innocent. This section also emphasizes that in cases where a private company is converted into a public company the directors cannot be held responsible if the taxes are not paid only if the conversion is done before 1st April 1962. Section 180 of the Income Tax Act, 1961 deals with the royalties or copyright fees which are paid for literary or artistic work. It says that if an author takes more than twelve months in completing his assignments, in such cases, if any payment is made during that time or an advance payment is made, such payments are not subject to refund. The author cannot be liable in any respect. 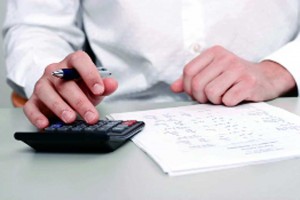 A director has many liabilities towards the company and cannot be made liable for any act which is valid. The Companies Act, 2013 provides that a director cannot draw a loan from the company except if the article provides so. If the director does not repay the amount withdrawn as loan, then he can be made liable under this Act. The Income Tax Act, 1962 provides that like every earning person a director is bound to pay taxes including income tax and sales tax. Failure in which may invite penalties. The revised Companies Act, 2013 also provides that a director cannot be made liable for entering into an agreement with cash as a consideration. In certain cases, if the consideration is anything other than cash then a Special resolution must be passed in this respect.

A company and its directors cannot be separated. They are considered to be a different side of the same coin because if a company run into losses, it is for the negligence or incapacity of the Director and vice-versa. A director must be transparent in respect to his work. His is not responsible for any personal act but only responsible if the act is void in the eyes of the law. If there is no specific punishment prescribed for the crime in respect of a company, then the defaulter is liable to a fine not less than fifty thousand rupees and which may extend to five lakh rupees.