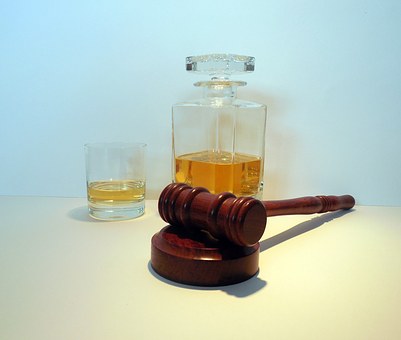 In this article, Shubham Singh, of KIIT School of Law, Bhubaneswar does An Analysis of Liquor Laws in India

India is one of the world’s fastest growing alcohol beverages consumption market. And presently world’s 3rd largest market of liquor. The tariffs and taxes on liquor are high in India. Liquor prices in India are comparatively higher than 95% of the other countries in the world. A normal liquor consumer in India has to pays 5-6 times more than the manufacturing cost.

The Consumption of alcoholic beverages has been dated back even before the British Colonization. The central and state levels both have formed several restrictive policies regarding safety issues related to drinking. But, these policies have often proved to be affecting in a negative way. These rules aiming for safety lead to black market exchange, corruption, hike in prices and also more public health concerns because of the cheap and extremely poor quality substitute products.

There are two types of liquor available in Indian market

Any person who wants to sell liquor has to take permission from their respective state government. One also needs permission for selling and consumption of liquor at a public place or social gathering or wedding. All state government has laid down certain rules and conditions for selling of hard drink which must be fulfilled. The Excise department of each state grants different licenses for different types of liquor shops. Tenders or applications are invited from time to time. Notices in leading newspapers and on state governments official websites are issued by state governments as per their requirement.

There are several different types of licenses which are issued by every state government. It is necessary for a company or an individual to get the grant of following licenses and for said purposes:

This license is granted by the state government to a company or to a society or a partnership or proprietorship firm that is running a licensed manufacturing unit/s.

For granting this license state government issues tenders and it is granted to working distilleries or bottling plants which must be licensed by either Central or State government.

This license is granted by the sate government only for selected undertakings to retail vend of Indian liquor or beer.

The state government for the purpose of retail sale of liquor of foreign brands only grant this license. Only those who already have the L-1 license can apply for this license.

State government grants this license especially for the purpose of retail sale of various Indian and foreign brands only.

The state government grants this license to those hotels or restaurants or clubs that are duly licensed giving them permission to serve foreign liquor inside or outside their licensed premises for hosting a function only on a specific day, on a temporary basis.

This license can be provided by the state government for serving liquor in any function at specific premises anywhere in the city, but public parks are excluded from it.

What is the legal age for liquor consumption in India

As, per the seventh schedule of Constitution of India, liquor or alcohol comes under State List. Therefore, the law regarding liquor varies from state to state. Legal drinking age is Included in it. The consumption age and also purchasing age of liquor is different in different states. Places where liquor can be sold, are also defined in it, and it differs from state to state. There are some states in which purchase and consumption of liquor are prohibited in a strict manner.

States where liquor has been declared illegal

These are “DRY STATE” in which the sale of liquor in any form has been banned and declared illegal for any person living in the state.

In Maharashtra, a person must have attained an age of 18 years for consumption of wine, and for a beer, the legal age is 21 years, for liquors the age has been set to 25 years. For those people who are living in Wardha district or visiting there, the authentic age has been set to 30 years.

In Bihar, liquor has been banned by Chief Minister of the State, Nitish Kumar from 4th April 2016.

Few days are declared by Government of India as dry days. Dry days are those days on which regardless of any state liquor is totally banned. Some specific days are:

The Supreme Court of India has ordered that from 1st of April 2017 there would be a ban on the  sale of liquor within a distance of 500 meters from any national or state highways. The apex court modified its order stating an exemption within 220 meters of any highway for small towns or municipalities where the population of people will be less than 20,000. In the order, the Honorable Court has clearly stated that any hotel, bar or pubs serving alcohol will be included in the ban. The Supreme Court bench headed by CJI Thakur, Justices D.Y. Chandrachud and L. Nageswara Rao, has said.

Why was the ban ordered?

The order of ban of liquor near national and state highway by the apex court is focused on tackling the rising risk of drunk driving as well as a step for improving road safety conditions in India. The Honorable Court has stated that there are “alarming” statistics showing drunk driving-related accidents and deaths, and said the order is passed in “overwhelming public interest”.

This order was passed by Supreme Court following a Public Interest Litigation (PIL) which was filed by, Harman Sidhu, an activist based in Chandigarh who has fought for strict laws for road safety in India. After meeting with an accident Sidhu was paralyzed neck-down when he was 26 years old.

Implementation of the liquor laws in India

There is a strict ban implemented on the sale, purchase, and consumption of alcohol in 5 states of India. In Constitution of India, Article 47 it has been clearly mentioned that “The State shall endeavour to bring about a prohibition of the consumption except for medicinal purpose of intoxicating drinks and of drugs which are injurious to health.” It is noted that legal drinking age of different state differs between 18 years to 25 years. But in the real case, it can be also be seen that children and teenagers of age group 9 to 19 years are involved in this practice.

This act of taking of liquor is not only limited to rich societies but it also exists in the middle class and also among the poverty stricken youth at a higher scale. The reason behind this is that liquor is easily available and poor application of the law, etc.

As per M.V Act, the Blood Alcohol Content (BAC) has been fixed at 0.03% i.e., 30mg per 100ml of blood. If someone BAC value will be more than 0.03%, then he or she will be booked for the first offence, which may amount to a fine of Rs. 2000 and/or a jail term of up to six months. If a Second offence is committed within 3 years of the first offence then the penalty would be a fine of Rs. 3000 and a maximum of 2 years of imprisonment. The union cabinet has proposed changes to Motor Vehicle Act, recognizing penalties as per BAC. According to the new provisions, if a person having BAC of less than 0.03% or 30mg, would not face any penalty. If the BAC level of a person is between 30mg to 60 mg, the penalty would be imprisonment up to 6 months and/or fine of Rs. 2000. If the BAC is between 60-150 mg, he/she would face imprisonment up to one year and/or a fine of Rs. 4000. If this offence will be repeated within three years, the punishment of imprisonment will rise up to three years in prison and a fine of Rs. 8000. Whereas, it has been agreed by the authorities that these laws are not completely implemented as the offender gets away by paying a bribe after committing the offence.

Motor Vehicle (Amendment) Bill 2016: Under this Amendment Bill, with an aim to improve road safety and implementing a higher level of fines and penalty for drunk driving. Under this new bill, the penalty has been raised by 5 times, from Rs. 2000 it has been set to Rs. 10000.

The practice of consumption of liquor in India has been since very long time, but the rate and amount by which liquor is consumed has also increased and so does the problems associated with it. Along with licensed beverages, unlicensed or illegal liquor is also widely available and it may even amount to half the quantity of legal alcoholic beverages. The recent economic liberalization policy has allowed different multinational liquor brands to enter Indian market, this may lead to increase the quality of liquor in India in upcoming future.

Although most of the population is trying to restrain themselves, for those who drink, as per the available evidence it points towards the high level of drinking with related health and social problems. Consumption of liquor has already created serious public health and social problems and also affected the development of poorer regions of the country in a bad manner. Policies are implemented after the Central and State government have been insufficient and unstable, resulting in the unopposed promotion of alcohol in most of the country, while few states maintain the partial and complete ban on liquor sale and consumption. Treatment facilities and other prevention programmes have been proved fully insufficient to meet India’s requirement. It can be foreseen that alcohol consumption and problems related with it will increase in India in the upcoming future. Unless a planned policy is designed and strongly implemented the problems related to liquor are likely to produce an excessive burden on this developing country’s resources.