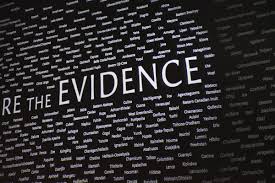 ‘In any case, no particular number of witnesses shall be required for proof of any fact in the case’.

This section of Indian Evidence Act clearly laid down that no particular number of witnesses required to proof or disproof the facts of the case. This section applies to civil and criminal cases. This section is based on the popular maxim that evidence is to be weighed and not counted. There is no rule of law that the unsubstantiated testimony cannot be accepted. The rule is of prudence and its adoption or not depends on the circumstances of the cases. For ascertaining the truth by the court, the number of witnesses is not considered, but the quality of evidence is taken into a note.

In State of M.P. V. Chhagan, the court held that the section 134 of IEA clearly mandates that “in any case no particular number of witnesses is required for the proof of any fact of the case.

Indian legal system does not emphasise on the plurality of witness. Neither the judiciary nor the legislature (S.134, Evidence Act) mandates the compulsion of a particular number of the witnesses to find truth. Our legal system always has laid down the emphasis on the weight, quality and value of the evidence rather quantity and plurality of witnesses. Therefore, it is completely at the discretion of the court to convict accused on the basis of the single testimony also and in many cases, the court may acquit accused when it is not satisfied by the testimony of several witnesses.

It is not necessary to examine all persons who were present at the scene of the crime committed for proving the guilt of accused. Any rule that a particular number of witnesses are required to prove guilt would hamper the justice delivery system as in many cases it is not practicable to bring more than one witness. If any such rule were made than many crimes would go unpunished. In many secret murders even one witness to the crime is not obtainable and in these cases court needs to depend upon the circumstantial evidence. The discretion of judge has been left free from strict restrictions.

A plurality of witnesses is a rule of prudence and not an inflexible requirement of the evidence has to be weighed not counted. Acceptability of evidence is material not the number of witnesses. If the court thinks unsafe for convicting the accused person on the testimony of a single witness, does not mean that the evidence of the witness is castigated. It is not dishonoring against the evidence of any witness if court merely wants to cross-examine the testimony by getting assurance from other sources.

In riots cases, it would be unjust to convict accused on the basis of the testimony of the single witness. In these cases, the rule of prudence requires that court should consider the emphasis on the plurality of eye witnesses for fair judgment. In the cases where sole eye witness is changing its stand about the identity of the accused, manner of incident and place, in that case, his testimony should not be relied upon.

In Ganpat Ram case, the court stated that when the testimony of the sole eye witness is reliable, trustworthy and cogent, the evidence cannot be rejected on the grounds of the some minor omissions considering the fact the examination of the evidence took place years after the occurrence of the incident. In cases, where it is not practically possible to present more than one witness before the court, the court should rely on the testimony of the sole witness if it satisfies the court.

Corroboration Of Testimony Of Sole Witness

In Mohammad Sugal case, the accused was convicted of murder on the basis of the uncorroborated testimony of a child witness, at the scene of the crime only, sole eye-witness was a girl of 10-11 years present. It was appealed to the Privy Council that conviction for the offence could not be based on uncorroborated testimony of the child; the Privy Council observed that there was no provision for inadmissibility of such testimony in India, unlike England. The court held that once the evidence is admissible before Court, then the Court could act upon it. It is a rule of prudence not to act upon the testimony of the child, but it is not a law. Justification to the testimony of the single witness should be emphasized upon where nature of the testimony itself requires. However, no general rule of some witnesses require could not be laid down.

In case of Shanker v. State, the Rajasthan High Court laid down the following proposition in respect to corroboration of evidence of single witness:

In Cases of Unlawful Assembly and Riot

The testimony of a sole witness at the incident would be sufficient to establish the identification of the accused person as a member of an unlawful assembly if it is completely reliable. In Binay Singh case, the Supreme Court observed that in cases where the assembly is so large where many were a witness to the incident, it is prudent to have at least two reliable witnesses for the identification of accused. In Masalti Case, the Supreme Court observed that in the case of rioting and similar offence it is more prudent not to convict the accused on the basis of the testimony of a single eyewitness, as it would be an unfair and grave injustice for accused who is convicted. It is the quality of the evidence and not the number of witnesses that matters in such case.

In Dealing With Sexual Offences

In rape cases, there is no principle of law which forbids a conviction based on the victim’s uncorroborated testimony, though the victim wants in chastity if the jury is satisfied with the truth. However, the jury and the court should carefully guard themselves against the excessive sympathy for the victim. In Rameshwar Kalayan Singh case, the Supreme Court held that in a sexual offence like rape, corroboration is not essential before conviction, as the victim of the rape cannot be considered as a partner in offence, as it was without her consent, therefore, no need to corroborate her testimony. In cases where circumstance requires for the corroboration than the testimony of victim needs to be corroborated for the satisfaction of the court.

In Vadivelu Thevar case, the Supreme Court observed that in the cases of sexual offences, the testimony of victim itself need not be sufficient if the victim is suspected of the partner in crime. In Sannaila Subba Rao case, she was kidnapped and kept in room for month and was raped by two accused repeatedly, the court convicted the accused based on the testimony of minor girl with a reasoning that as she didn’t have any enmity against the accused, and there were no reasons found for giving false evidence against accused at the risk of her future.

Thus, it is clear that the quantity of the witness does not matter rather the quality of witness does. Since there is no general rule for the number of witnesses required in any particular case, therefore the testimony of the sole witness can also be relied upon to convict the accused, if it is found to be reliable and cogent. 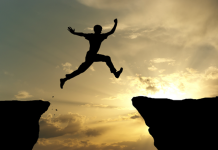