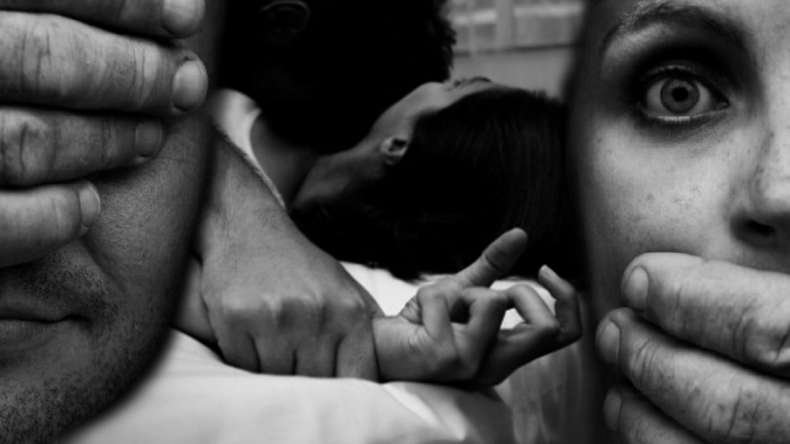 This article is written by Rahul Kanoujia of Gujarat National Law University.

The question that is most often raised is, “What is marital rape?” followed by the question, “How can a husband Rape his wife?” The implication is not how can man act in such a horrific way toward his partner, but how such action can really be “Rape” if the couple is married. To explain what marital Rape is in a simple way, Marital Rape (also known as spousal rape in marriage) is non-consensual sex in which the perpetrator is the victim’s spouse. It is a form of partner rape, domestic violence, and sexual abuse. To put it in simple words, forcefully having sex with your partner without their consent which is considered as Rape even if you are married. In India rape by an outsider is a penal offense under section 375 and 376 of IPC.  Shockingly, it unequivocally avoids marital rape from the ambit of conviction.

What Indian Men Had to say about the Marital Rape

During my fieldwork in Delhi, I was gathering opinions upon the issue of marital Rape prevalent in a patriarchal context, out of a variety of responses:-

Person A: When you get married through a religious ceremony, it gives you a license to do whatever you want to do with your wife.

Person B: How can it be termed rape? He’s your husband. He has full rights over you. He married you.

Person C: How is this rape? If he can’t do it with his wife, where the hell does he go?

Person D: Then why did she get married? She should have stayed at her parent’s home.

Person E: Why did she get married if she didn’t want it (Awkward silence)?

Person F: Marriage implies enjoy it, have fun and do it every day.

Person G: It is wrong to force anyone for sex even if she is your wife. Let alone the legal complexities involved, it is immoral per se.

At last, the same question we asked a person whose age was about 60 years, had to say “When a woman says she’s been raped, another woman also jump in and say Yes, #MeToo #MeToo. What is this nonsense? Twenty years later she is crying #MeToo #MeToo. What nonsense is this? It is not like she was in trauma all this while she is just giving excuses. They just want publicity out of this.

The above opinion brings us to the question if marriage in India is a contract for legal sex, among other things – where a man doesn’t need to ask for permission and is free to impose himself on the wife?

“The day will come when men will recognize woman as his peer, not only at the fireside but in councils of the nation. Then, and not until then, will there be the perfect comradeship, the ideal union between the sexes that shall result in the highest development of the race.” – Susan B. Anthony

All property, succession and economic rights in India reflect that a woman is the ‘property’ of men – her father before marriage and that of her husband after.

A Marriage Rights in India reflect the same.

The issue of marital Rape – in India, has shown a giant loophole in the country’s judicial law. The fact there is acceptance of unwanted intercourse by a man with his wife obtained by force, the threat of force, or physical violence or when she is unable to give consent indicates the status of women in society and within the institution of marriage. Marital rape could be by the use of force only, a battering rape or a sadistic/obsessive rape. It is a non-consensual act of violent perversion by a husband against the wife where she is physically and sexually abused.

If we look into the judicial aspects of India it clearly states that “ sexual intercourse by a man with his own wife, the wife not being under 15 years of age, is not rape” under section 375 of the Indian Penal Code. Section 376 of the Indian Penal Code provides punishment for rape. According to this section, the rapist should be punished with imprisonment of either description for a term which shall not be less than 7 years but which may extend to life or for a term extending up to 10 years and shall also be liable to find or both. In Saretha V. T. Venkata Subbaih case, it was held that rights and duties in a marriage, is like a creation and dissolution and not the term of the private contract between two individuals. The right to privacy is not lost by marital Association. Hence there is no punishment for marital rape and the remedy lies with her.

Role of Judiciary in India

The need for a new law on sexual assault was felt. The earlier law which prevailed did not define and reflect the various kinds of sexual assault. In Sakshi v. Union of India, the Supreme Court had recognized the inadequacies regarding the law relating to rape and had suggested that the legislature should bring about changes in the law. After passing the criminal law amendment bill, 2013 rape was redefined as the most horrific events where the parliament by an amendment tried to enlarge the ambit of rape and the perception by making oral and anal acts as amounting to rape. The Domestic Violence Act, 2005 has provided various civil remedies and various provisions such as the cruelty and other matters are dealt under. There is a large number of victims under the marital rape scenario is being increased but the legislature is ignorant to criminalize such an offense. The women are ignorant of what the actual scenario is and the laws which are prevailing in the Indian penal code for them. The Judicial decision of Queen Empress v. Haree Mythee, it was held that the wife over the age is of 15, and then the rape law does not apply in that situation. In this case, the husband was punished because the wife was of 11 years only. In the Kerala High Court, Sree Kumar v. Pearly Karun, it was observed that the wife does not live separately with the husband under the Judicial separation and being subject to sexual intercourse without her will the act does not amount to a rape. Hence, it was said that the husband was not found to be guilty of raping his wife though he was de facto guilty of doing or committing the act.

As per the Constitution of India, every law which is passed must be in conformation with the principles and ideas which are enshrined in the constitution. Any law which has been made failed to meet its required standards are considered to be ultra vires and it can be struck down or to be declared unconstitutional. Here, the exemption of Section 375 withdraws the protection of married women on basis of her marital status.

It has been concluded that Indian laws have failed to provide a proper protection to women as earlier as the women are still treated as the property of husband and he has all the rights to exploit her and no remedies have been provided. Though a husband’s violent and non-consensual act of intercourse may entitle a wife to bring an action for criminal assault, the incorporation of the principal of liability for marital rape in our penal laws is not present. This prima facie violates Article 14 and 21 of the Indian Constitution. Non-criminalization of marital rape is the major concern in the Indian legal system. In order to protect the women, the Judiciary should take initiatives to safeguard them. Married women should be taken proper care and they should not be subjected to sexual assault or violence. 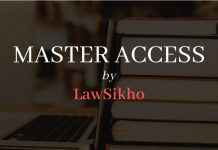