In this article, Ninisha Aagrawal of RGNUL discusses Legal Rights of a Woman After Divorce.

Recently, on 11 September, Honorable Supreme Court cut down Cooling off period for Divorce by six months under the Hindu Marriage Act 1976 and ruled that divorce can be granted to couples without the provision of mandatory 18 month separation period. Bench of Justice Adarsh Goel and Justice Uday U Lalit held that the cooling off period of six months can be waived off by the courts with the mutual consent of the couples. Bench underlined that Section 13B enables the parties to dissolve the marriage by mutual consent if irretrievably broken down. Hence, it is not advisable to force the parties to accept matrimonial relation if they are unwilling to do so. 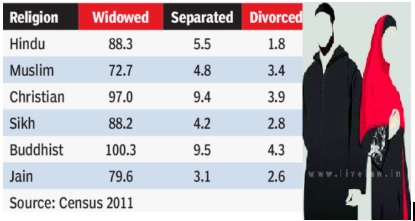 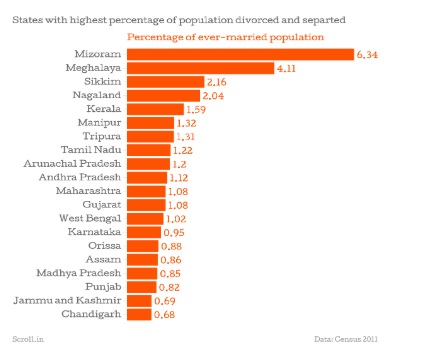 What are Maintenance Rights?

Maintenance means an amount which husband has to pay to the wife for the Divorce. The main aim is to provide financial independence to the divorced women so as to facilitate convenience. Section 125 of Criminal Procedure Court provides remedy to those who are neglected and seek maintenance. Only a legally wedded woman is considered as a “wife”.

What is an Interim Maintenance?

An interim maintenance is provided to the wife, in which an amount is to be paid from the date of filing of petition to the date of dismissal or decree. The aim of this allowance is to fulfill her basic needs during the pendency of the case.

What will be the Maintenance under Indian law?

According to Section 125(4) of the Code of Criminal Procedure, if both husband and wife are living separately with mutual consent, the wife cannot claim allowance from maintenance but a divorce decree by mutual consent to live separately cannot disentitle the wife to claim maintenance. The court can fix it at any amount, depending upon its discretion.

Can wife claim maintenance before divorce?

Firstly a divorce petition will be filed in a district court dealing with family matters. There are two conditions:

Maintenance Rights under the Hindu Law

Right to maintenance is not a transferable right. A married woman can claim maintenance when she is living separately from her husband even if she is not seeking divorce under Hindu law alone. She is entitled to reside separately from her husband without forfeiture of her right to maintenance under Hindu Adoption Marriage Act, 1956. Sometimes it becomes impossible for a woman to reside with her husband but maybe she is not willing to break marriage relation because of personal reasons. So in that case, Hindu law provides certain grounds which are stated in the Act so as to claim allowance.

Wife has been provided additional grounds of divorce under Hindu Marriage Act of 1955 under section 13(2).

▪If the wife has adulterous relationship with any other man during the lifetime of her marriage then she cannot claim anything.

▪If the wife has converted into any other religion and ceased to be a Hindu.

▪If there is no legal marriage or non-existent matrimonial relationship, then no claim is valid.

Note: As a result of Judicial Activism, presumption of Marriage is held as more significant and bar on maintenance had been removed.

A married woman has to be provided with shelter and maintenance by husband after the divorce. If she is a member of a joint family then she will be entitled to equal share of the husband, jointly with his mother and her children(after his death).

A Hindu child’s custody is decided according to Guardian and Wards Act, 1890 along with Hindu Minority and Guardianship Act, 1956 which also includes Jain, Buddhists and The Sikhs.

▪ According to with Hindu Minority and Guardianship Act, 1956 the Hindu child below the age of 5 years has to remain under the custody of mother so as to provide emotional and moral grounds.

▪The natural guardian is generally considered as father, otherwise mother.

▪If the custody of the father is not suitable for the welfare of the child, or not better than that of mother’s, then cannot claim any indefeasible right.

▪The custody of the child can shift from one to another, depending upon the welfare and secure future of the child.

How to claim maintenance

What if Husband refuses to give maintenance?

How claim is decided

Under the Indian Succession act, 1925, when the husband of a woman dies, then she will be entitled to one-third of the total amount of the ancestral property if there are other lineal descendants. but if there are no descendants, she half property will be given to her, otherwise, entire property.

Custody of Child under Parsi Law

It is dealt according to the instruction prescribed in Guardian and Wards Act, 1890. As the welfare of the child is of utmost importance and so, no custom or religious tradition can become an obstacle in the custody of the child

Maintenance is under which proceedings?

Under Section 37 of the Indian Divorce Act 1869, divorced woman can get alimony from the husband till her lifetime by applying for maintenance in a civil/high court. But it is valid only for those who are Christian.

How to get alimony in case husband refuses

Under the Indian Succession act, 1925, when the husband of a woman dies, then she will be entitled to one-third of the total amount of the ancestral property if there are other linea descendents. but if there are no descendents, she half property will be given to her, otherwise, entire property.

Custody of Child Under Christian Law

It is governed by Indian Divorce Act of 1869 with Guardian and Wards Act of 1890. The court can pass direction either at the time of proceeding or after the decree for divorce, according to its discretion. Also, section 41, 42 and 43 of the act confers the power to the courts to decide the child custody of a Christian or any other child not covered under the personal laws.

Which Act protects the rights of women under Muslim Law?

How this Act protects the right to maintenance of women?

NOTE: Muslim Women (Protection of Rights on Divorce) 1956 Act is retrospective in nature and husband will be liable to pay the maintenance (fair and reasonable provision) to the wife even if the divorce had taken place before passing the Act.

In Shah Bano case, the Supreme Court held that, it is the responsibility of the husband during the divorce to make a reasonable and fair provision to maintain the former wife under Section 3(1Ha) of Muslim Women(Protection of rights on Divorce Act, 1986. The period extends beyond Iddat as the woman retains control over property and goods.

Custody of Child under Muslim Law

It is governed by the Guardian and Wards Act of 1890 but separate asct is not there. The custody of the child is known as Hizanat which means infant care.

▪ In case of a boy below the age of 7, mother holds the custody (according to Hanafi School)

▪In case of a girl, custody remains with mother till she attains majority or puberty.

▪If mother is not alive or incapable, then the custody is passed on to maternal relations of the child. If not possible, then finally to males.

▪After the attainment of age 7 of boy and puberty of girl, the father, who is considered as legal and natural guardian, gets the custody.

▪The rights of the custody can be forfeited from the mother if she marries someone not related to minor, neglects child, leads an immoral life or stays far from father’s residence.

In this article, several Acts have been discussed in sequence which paves the way for women in order to claim maintenance. Different religions operate under diverse laws but ultimately they all deal with the object of justice delivery and right of women.