This article is written by Abhishek Dubey, pursuing a Diploma in M&A, Institutional Finance and Investment Laws (PE and VC transactions) from Lawsikho.com. Here he discusses “Merger and Acquisition In Telecom Sector: Specific regulation to be considered”. 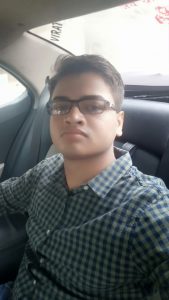 Telecom industry is one of the most profitable and rapidly growing sectors in India. The Telecom sector deals with communication media such as mobile phones, telephones, and fixed-line phones, etc. The merger and acquisition activity is growing in the world and the aim behind this is to attain competitive benefits.

The merger and acquisition in the telecom sector are considered to be horizontal mergers, because both the companies deal in the same line of business.

In the majority of developed and developing countries, mergers and acquisitions in the telecommunications sector have increased which also resulted in the creation of jobs.

India is the second-largest country after China on mobile phone users. There are more than 500 million subscribers. In the last decade, India has witnessed the emergence of at least 15 sectors.

The merger and acquisition in the telecommunication sector are supervised by the regulatory authority of that particular country. For example, the Telecom Regulatory Authority of India is a supervisory authority in India. The authority keeps an eye so that no monopoly is formed, telecom sector is subject to many guidelines and provisions, for example, Companies Act 2013, Income Tax Act 1961, etc.

The telecom regulatory authority of India was established in the year 1997. TRAI manages scale and efficiencies and also makes sure that no monopolies are formed.

Recently, TRAI recommended that mobile phone companies could merge their operations if the combined share of the new entity is less than 60 percent. And it has also proposed that in case of merger and acquisition, there should be no spectrum caps and the combined entity will be allowed to hold available 25 percent of airwaves in that region. And it has also asked the government to impose revenue share on telecom tower companies and internet service providers and currently, there is an 8 percent share which will increase the industry output and revenue will be around a thousand crores annually.

Guidelines of the department of telecom:

Telecom department reduced the combined share entity to the extent of 35 percent otherwise this could lead to a monopoly situation. It is to be noted that by providing a higher limit on merged entities, we may be permitting indirectly which is not permitted directly.

And it is important to follow the guidelines such as for Delhi-Mumbai 10Mhz and 8 Mhz for other cities and areas.

The specific provision related to merger issue by DOT are:

The department of telecommunication has also issued guidelines on foreign equity participation and management control of telecom companies:

Foreign Exchange Management Act 1999 also provides the rules, regulation and circulars with the objective of facilitating external trade and payments and promoting the orderly development and maintenance of the foreign exchange market in India.

The provision of FEMA specifies that current and capital account transaction which may be carried out on general or specific permission from RBI. The two most important provisions of the Foreign Exchange Management Act are:

3. Securities Exchange Board Of India

Securities Exchange Board Of India: It has also issued guidelines for merger and acquisition of the telecom sector:

Acquisition of share regulation 10: For merger and acquisition in the telecom sector, the public announcement has to be made for acquiring 15 per cent of the voting rights.

Regulation 11: The person holding less than 75 per cent but more than 55 per cent is required to make a public announcement.

5. Due diligence in the telecom sector

Due diligence is one of the most important areas of the telecom sector. It gives the acquirer the right information about price.

Parts of due diligence are

It examines the intangible assets and financial statement of the company etc.

The investor analyses the total number of foreign employees coming to India, the salary of employees and chances of an increase in salary etc.

Analysis of the telecom sector in India:

India has a large population as well as a huge market base on the internet and therefore foreign players are easily entering the Indian market.

Lack of infrastructure in rural areas results in a large cost for setting up the initial process. Achieving a break in these circumstances can be difficult.

In the existence of telecom companies are more in the cities, the merger and acquisition players can attract and accommodate more players and one can expect aggressive responses from the companies.

This sector requires more financial resources in the initial process. Entry fees and struggle to obtain loans from banks remains a threat. So it is important to have a good financial condition for investment in the telecom sector.

The first deal in merger and acquisition of the telecom sector was a sale of license by MAX group to Hutchison group of Hong Kong. The deal was about half a billion dollars and it brought huge success in telecom ventures. After that many deals happened in India. Vodafone acquisition of 10 percent equity in Bharti Airtel. Maxis acquisition of Aircel for US$ 1 Billion etc.

Thanks to globalization, liberalization as well as technology changes. Business firms now will have to face huge competition not only from India but also from foreign players. Merger and acquisition is a very difficult process as it is not only a merger of two entities but also a union of different cultures, attitudes, etc. Telecom mergers are a result of intense competition. It may be beneficial for the customer because of the constant innovations in the industry. 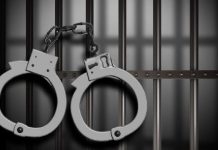 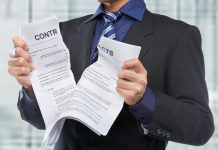 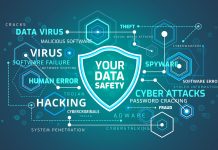