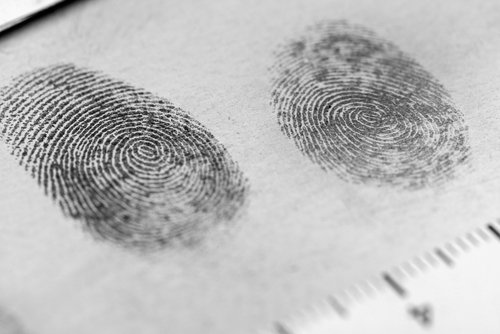 This article is written by Antra Shourya, from the Faculty of Law, University of Delhi. The article focuses on the definition and meaning of accomplice as laid down in The Evidence Act 1872 and various precedents. It delves on whether a testimony given by an accomplice is trustworthy in various scenarios. The article further talks about the nature of corroboration needed in case of accomplice evidence.

In layman’s terms, accomplice evidence may appear untrustworthy as accomplices are usually always involved and infamous witnesses, but their evidence is mostly admitted under necessary circumstances because, in these cases, it is not easy to convict main accused without having recourse to such evidence. Thus, accomplice evidence may appear unreliable, but it’s often beneficial and even an invaluable tool in crime detection, crime-solving, and delivering justice and consequently, an essential part of the Law of Evidence. Accomplice and admissibility of accomplice witnesses are mentioned in Section 133 of the Indian Evidence Act,1872. It lays down that an accomplice has to be proved as a competent witness for a conviction, legal to rely upon the uncorroborated testimony of an accomplice.

Who is an Accomplice?

Whether a Witness is an Accomplice or Not?

In the case of Jaganath v. Emperor, it was said that an accomplice is a person who is a guilty associate or a partner in crime, or who in some way or the other is connected with the offence in question or some material fact supports that he was part of the crime.

In C.M.Sharma v State of A.P, where a contractor who was forced to give bribe to a public servant on the promise of doing or forbearing to do an official act is held to be a partner in crime and guilty associate. To seek corroboration in all circumstances of the evidence of a witness forced to give a bribe may lead to absurd results as the bribe is not taken in public view, and therefore, there may not be any person who could see the giving and taking of a bribe. In this case, the evidence of the contractor was corroborated by his shadow witness who had accompanied the contractor. The submission of the appellant that the contractor should be treated as an accomplice was rejected. He was not an accomplice since money was extracted from him. In the same case, the Court stated that the corroboration of the evidence of a witness is required when his evidence is not trustworthy as of a witness admissible as an accomplice, even if he is not prosecuted and not granted a pardon.

When an accomplice is not a co-accused under trial in the same case,” an accomplice is a competent witness.” But this competency that has been given to him by the process of law does not relieve him of the character of an accused. No accused should be forced to be a witness against himself. But in case an accomplice is given a pardon, on the condition that he is speaking the truth, and is not acting under any pressure, and he is not forced to give self-incrimination as is the rule given in Article 20(3) of the Constitution of India, 1950.

The law of evidence, as laid down in Sections 306 and 308, Code of Criminal Procedure, remains unaffected by this law. When an accomplice is pardoned, he is bound to make a complete and truthful disclosure. If he fails to do so, he would be tired of the charges levelled against him originally, and his statement would then be used against him under Section 308.

(1) Principals in the first degree or second degree, and

(2) accessories before the fact, or

Principals in the first and second degrees

Accessories before the fact

Accessories after the fact

A person is an accessory after the fact when a person with the knowledge that the accused has committed some crime receives him, comforts him or assists him to help escape from punishment a crime or helps him escape arrest, exercising his free will allowing him to escape, or opposes his arrest.

Three conditions must be fulfilled to establish that there was an accessory after the fact;

(1) the crime must have been completed;

(2) the person assisting the accused must have the knowledge that the accused committed a criminal act;

(3) the actions of the accomplice must result in helping the accused escape or avoid consequences of the principal crime.

A confession by a co-accused cannot be treated in the same way as the testimony of an accomplice:

Evidence of a co-accused is very weak evidence. The evidence of co-accused can be used only to corroborate other evidence on record if the confession affects himself as well as some other accused person.

An accomplice may be an approver also. The approver is an accomplice who is tendered pardon by the Court on condition that he makes true and full disclosure of the whole circumstances of the case. Approver has been dealt with under the provisions of Section 306 of Cr.P.C. He is known under Cr.P.C as an accomplice to whom the Court grants a pardon. Thus, an “approver” is always an ‘accomplice,’ but an ‘accomplice’ is not necessarily an approver. Section 306 tenders pardon to an accomplice. The approver’s evidence is looked upon with great suspicion as he is some way concerned or associated in commission of the same crime. But if found trustworthy, it can be decisive in securing a conviction.

In the case of Chandan v State of Rajasthan, the evidence of a witness participating in a test identification parade but not examined at trial is not sufficient to corroborate evidence of accomplice approver. Therefore, the conviction was set aside.

In Ravindra Singh v State of Haryana, the Court said that an approver bargains his immunity so he must prove his credibility in Court. This rest is fulfilled,

In Rameshwar Kalyan Singh v. the State of Rajasthan the Supreme Court clearly laid down that, in a case of rape, the prosecutrix cannot be treated as an accomplice. The Evidence Act does not say that the evidence given by prosecutrix in a rape case needs to be corroborated. But, the courts have insisted on the need for corroboration of the evidence given by the prosecutrix as a matter of practice. It was further felt that it would be inherently dangerous and impossible to formulate what kind of evidence should or would be regarded as corroboration.

In the State of Madhya Pradesh v. Sheodayal Gurudayal, the Court laid down “a test to determine whether in a certain case, the testimony of the prosecutrix needed to be corroborated.” This test is whether there is genuineness in the story given to by the prosecutrix, if there is no doubt on the account given by the prosecutrix, then there is no need for corroboration. If there are doubts regarding its originality, the testimony will require corroboration. These principles laid down by the courts are to be viewed as guiding principles in the trial of rape cases, but these principles are flexible, depending on the facts and circumstances of the case.

Who is not an accomplice?

In some cases persons are not accomplice:-

As a general rule of an accomplice, it is for the judge to decide and to keep in mind the facts and circumstances of a case whether the testimony of a trap witness is reliable enough to act upon. Judge’s partiality towards prosecution can hardly be ignored. Judges can be helped by knowing the character, background, and the reputation of the witness to appreciate his evidence.

Evidentiary value of an Accomplice

The corroboration of an accomplice is of two kinds:

Corroboration is necessary; in fact, approver evidence has to satisfy the double test:

Every competent witness is not a reliable witness, and an approver has to satisfy the test of reliability before the question of corroboration of his evidence is considered by criminal courts.

Nature and Extent of Corroboration

The nature and extent of corroboration of accomplice evidence vary in each case according to the facts and circumstances of the case; it is impossible to make a single rule for this subject. But the Court has laid down guiding principles in R v Baskerville. They are:-

The Supreme Court in Sarwan Singh v. the State of Punjab laid down the law with respect to assessment and appreciation of accomplice evidence and also stated several principles and rules regarding corroboration of accomplice evidence. The Court stated the challenge of the credibility of evidence given by an approver had been presented before the Court many times. But it is not necessary to deal at length with what is the true legal position in this matter. Further, the Court said that an accomplice is a competent witness under the Indian Evidence Act.

To attract Section 133 of The Evidence Act, 1872, a person must be an accomplice. An accomplice is a person who has taken part in the commission of the crime, along with another or others. If an accomplice is arrested and thereafter has been given a pardon, he is referred to as an approver.

Under Section 133, the term accomplice includes trap witnesses and approvers as a competent witness. An accomplice can be considered a competent witness if he is not co-accused under trial in the same case. But such competency which has been given to him by the process of law does not relieve him of the character of an accused.

When the Court feels that testimony of the accomplice may not be trustworthy then that the courts are guided by the principle laid down in Section 114 that if the Court finds it necessary, it can presume that the testimony given by the accomplice is unreliable unless his statements are supported or verified by some independent evidence. This rule of prudence has now come to be accepted as the rule of law by judicial legislation both in Indian and English law.

Corroboration is necessary in case of testimony of an accomplice. The nature and extent of corroboration of accomplice evidence may necessarily vary with the circumstances of each case.