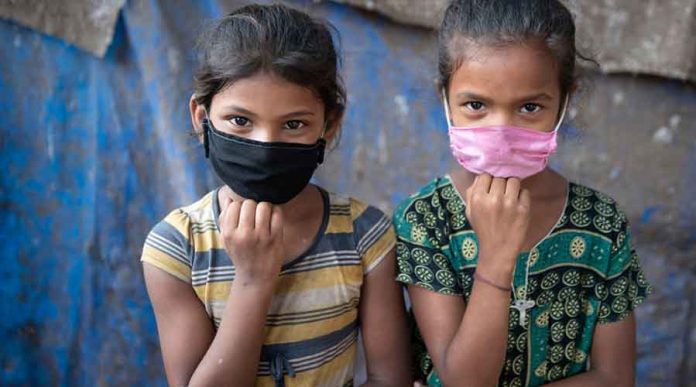 This article has been written by Naveen Talawar, a student at Karnataka State Law University’s law school. The article talks about the rights of the child, instruments to protect children’s rights, and the National Commission for Protection of Child Rights, its role, functions, etc.

In civilizations all around the world, childhood has long been linked with innocence, freedom, joy, and play. It is a time when, having avoided the rigors of development, there is no feeling of obligation or commitment. Children are delicate beings who must be protected from life’s harsh realities. As a result, adult-child connections, particularly parent-child relationships, are stated to provide ‘care and protection,’ serve the child’s ‘best interests’, and support their ‘needs of survival and growth’ daily.The adult is assumed to be responsible for the child’s care and development as the guardian.

The National Human Rights Commission (NHRC) has endeavoured to continually focus on the rights of children from its inception in October 1993. Despite substantial provisions in the Indian Constitution for the survival, development, and protection of children, as well as regulations to defend their interests, including the fact that the Government of India had ratified the Convention on the Rights of the Child, children throughout the nation, particularly those from the poor section of the society, were vulnerable, and their human rights were regularly violated.

A child, according to the Indian Census, is someone under the age of fourteen. The Universal Declaration of Child Rights defines a child as “any human being under the age of eighteen years unless the majority is acquired earlier by the legislation applicable to the child.” The declaration allows each nation to set its age limit for children based on its laws. However, in our country, several child-related regulations review the age restriction at various levels.

Children were previously assumed to be small-adults, and the notion of children’s rights was unheard of. In the 1840s, France pioneered the notion of special protection for children. France created regulations in 1841 to protect children at work and to guarantee their right to education. The relevance of children’s rights was first recognized after World War I. On February 28, 1924, the International Save the Children Union endorsed the Declaration of the Rights of the Child at its fifth general session. This report was presented to the League of Nations, which approved the ‘Geneva Declaration’ on September 26, 1924, stating that “Humanity must do its best for the child.”

The League of Nations eventually evolved into the United Nations. The Geneva Declaration analyzed children’s well-being in five chapters and recognized their rights to growth, support, relief, and protection, as well as adult responsibilities. For the first time, the Geneva Declaration acknowledged and affirmed the existence of special rights for children, as well as adults’ obligations towards children. Based on the work of Polish physician Janusz Korczak, the ‘Geneva Declaration’ was the first international Human Rights declaration to particularly address the rights of children.

Rights of a child

Our Constitution protects and emphasizes the right of all children, regardless of color, caste, or creed, to live with dignity and uniqueness and to serve their society and nation. The following are some of a child’s basic rights:

To protect children’s rights, several conventions, treaties, laws, and charters have been established at the national and international levels. The following are the legal frameworks that apply:

Children’s vulnerability and right to protection are recognized in the Indian Constitution. Following the concept of protective discrimination, it assures Article 15 special attention to children through important and distinctive laws and policies that defend their rights. The Constitution’s Articles 14, 15, 15(3), 19(1)(a), 21, 21A, 23, 24, 39(e), 39(f), and 45 underline India’s commitment to the protection, safety, security, and well-being of all its citizens, including children.

The Juvenile Justice (Care and Protection of Children) Act of 2015, which replaces the Juvenile Justice (Care and Protection of Children) Act of 2000, is a comprehensive piece of legislation. It enhances provisions for both Children in Need of Care and Protection and Children in Conflict with the Law by addressing their developmental needs and adopting a child-friendly approach to adjudication and disposition of matters in the best interests of children, as well as their ultimate rehabilitation through various institutions established under the Act. The Act includes a variety of new child-related offences that are not effectively addressed by existing legislation. Illegal adoption, corporal punishment in child care facilities, child terrorist organizations, crimes against handicapped children, and child kidnapping and abduction are only a few instances.

The POCSO Act of 2012 enhances legal protections for children against sexual exploitation and abuse. A separate bill addressing sexual attacks against children has been adopted for the first time. Several parts of the IPC currently concern sexual offences. The IPC does not cover all sorts of sexual attacks on children and does not differentiate between adult and child victims.

The Constitution (Eighty-sixth Amendment) Act of 2002 introduced Article 21A of the Indian Constitution, making it a Fundamental Right for all children aged six to fourteen years to receive free and compulsory education in the manner determined by the state. Every child has the right to a full-time elementary education of satisfactory and equitable quality in a formal school that meets certain essential norms and standards, according to the Right of Children to Free and Compulsory Education Act of 2009, which represents the consequential legislation envisaged under Article 21A.

6. The Child and Adolescent Labour (Prohibition and Regulation) Amendment Act, 2016

7. United Nations Convention on the Rights of the Child (UNCRC)

The Convention on the Rights of the Child (CRC) was approved by the United Nations General Assembly in 1989, and most developed and developing countries, including India, have ratified it. The Convention establishes requirements for all States parties to follow to protect the best interests of children and specifies the fundamental rights of children. Ratifying countries agree to be legally bound by the Convention’s terms.

They report on their efforts to comply with the Convention’s requirements regularly to an expert Committee on the Rights of the Child. Child rights, according to the UNCRC, are basic rights and freedoms that should be granted to all individuals under the age of 18 regardless of race, color, gender, language, religion, opinions, origins, money, birth status, aptitude, and so apply to everyone everywhere.

Article 16 of the Convention reads, “No child should be subjected to arbitrary or unlawful interference with his or her privacy, family, or communication, nor to unlawful attacks on his or her honor and character.” It is recognized that a child has a legal right to be protected from such interference or attacks.

According to Article 40 of the Convention, the privacy of a child accused of violating the law must be protected at all stages of the procedures. In 2005, the Indian government accepted the UNCRC’s two Optional Protocols on the involvement of juveniles in armed conflict and the sale, prostitution, and pornography of children. The Indian government is strengthening its national policies and procedures to protect children from these dangerous forms of abuse and exploitation.

The Commissions for the Protection of Child Rights Act, 2005, a Parliamentary Act passed in December 2005, established the National Commission for the Protection of Child Rights (NCPCR) as a statutory body in March 2007. The main objective of the NCPCR is to protect, promote, and defend children’s rights across the country. The Commission’s objective is to guarantee that all laws, policies, programs, and administrative processes are in line with the Indian Constitution and the United Nations Convention on the Rights of the Child’s perspectives on child rights. The Commission envisions a rights-based approach to national policies and programs, as well as smart responses at the state, district, and block levels that take into consideration each region’s distinct qualities and capabilities.

Composition of the Commission

(iii) juvenile justice or the care of neglected or marginalized children or children with disabilities;

(v) child psychology or sociology; and

The NCPCR believes that addressing child rights necessitates child participation. As a result, the Commission encourages children to engage for them to enjoy their rights and privileges. Every move taken by the Commission encourages children to participate. During its state visits, the Commission, for example, emphasizes the need of listening to children in public hearings. When children are nervous and demand more privacy, the Commission has kept a space where they can speak freely and comfortably. When contacting such children, a response is given, and the problem is addressed in the best interests of the child following an inquiry, while the institutions are dealt with firmly.

The Commission has the authority to examine complaints and take action on its own in matters involving, for example, violations of children’s rights and non-application of legislation intended for their protection and development. The Commission will investigate and assess the legislative measures in place to protect children’s rights, as well as provide suggestions for their successful implementation. If required, it will suggest amendments, examine complaints, or take Suo moto notice of instances involving constitutional and legal rights abuses for children.

The Commission’s mission is to ensure proper enforcement of child rights and effective implementation of laws and programs affecting children by investigating complaints and taking Suo moto cognizance of matters involving deprivation of child rights, non-implementation of laws providing for children’s protection and development, and non-compliance with policy decisions, guidelines, or instructions aimed at their welfare, as well as announcing relief for children.

The NCPCR’s functions are provided under Section 13 of the Act as follows:

Additional functions according to the 2006 NCPCR Rules

Reporting any abuses of children’s rights to the NCPCR

The NCPCR is vital to the preservation, promotion, and defense of children’s rights in the country. The Commission’s mandate is to ensure that all laws, policies, programs, and administrative processes are in line with the Child Rights perspective as enshrined in the Indian Constitution and the United Nations Convention on the Rights of the Child. The Commission envisions a rights-based approach to national policies and programs, as well as nuanced responses at the state, district, and block levels, which take into consideration each region’s distinct qualities and capabilities. It seeks a better integration into communities and households to reach every child, and it expects that the field’s experiences will influence the help it receives from all levels of government.

1.What are the provisions relating to the protection of the rights of children under the constitution of India?

The Indian Constitution recognizes children’s vulnerability and right to protection. Following the notion of protective discrimination, it guarantees Article 15 special attention to children through significant and different laws and policies that protect their rights. Articles 14, 15, 15(3), 19(1)(a), 21, 21(A), 23, 24, 39(e), 39(f), and 45 of the Indian Constitution emphasize India’s commitment to the protection, safety, security, and well-being of all its residents, especially children.

2. What is the NCPCR’s composition?

Section 3 of the Commissions for the Protection of Child Rights (CPCR) Act of 2005 specifies the membership of NCPCR. The members of the commission are as follows:

a Chairperson who is a prominent leader who has worked tirelessly to enhance children’s welfare; and six members, at least two of whom must be women, who shall be nominated by the Central Government from among individuals of eminence, talent, honesty, status, and experience in the following fields:

3. What are the powers and functions of the National and State Commissions?

The National and State Commissions have the following functions and powers:

Right to be heard : an analysis

Rights of a child in India : a comprehensive guide