In this Blog Post, Abhiraj Thakur, a Student of NALSAR University writes a brief analysis on the Make in India campaign, highlighting aspects as to why Industries are more important today than services, why such a campaign is needed and how can it be made better.

What is ‘Make in India?’

Make in India is a global advertising campaign slogan authored by the Indian Prime Minister, Narendra Modi to draw in organizations from around the globe to manufacture and invest in India. The campaign concentrates on facilitating job creation, enforcement to the tertiary and secondary sector, boosting the national economy, making India a self-reliant nation and ensuring that the Indian economy gets international acknowledgement.

The essential target of the campaign is to draw in ventures from over the globe and reinforce India’s assembling segment. It is being driven by the Department of Industrial Policy and Promotion (DIPP), Ministry of Commerce and Industry, Government of India. The Make in India system is critical for the financial development of India as it uses the current Indian ability base, making extra livelihood opportunities and engaging optional and tertiary area. The system likewise strives to enhance India’s rank on the Ease of Eliminating so as to do Business, record the superfluous laws and regulations, make bureaucratic procedures less demanding, and make the administration more straightforward, responsive and responsible.

Its main objectives are as follows:

Why do we need Make in India? 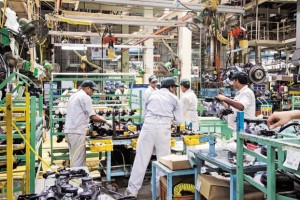 Making India a manufacturing superpower is the central idea of the ‘Make in India’ campaign, by inviting, to set their base in India, as many manufacturers from the rest of the world as possible. Here are the basic advantages of having high foreign investment in our manufacturing sector:

The more industries there are in India, the more opportunities will be available for employment of skilled labourers. At present, the unemployment rate in India is as high as 8%, which means that we will soon require around fifty-five million more jobs.[1]

The service and Industrial sectors’ contribution to our economy’s GDP has extensively improved in the past half decade though the Agricultural sector has taken a gigantic hit in terms of its contribution to the Indian GDP. It is alarmingly lopsided considering the fact that the Agriculture division holds half of the nation’s employable citizens, yet makes up for only 14% of the GDP. By 2014, the Agriculture sector held 16% of the GDP commitment with 60% of the employment.

The enormous difference in the GDP contribution between all other developed nations and India demonstrates that the legislature ought to guarantee ventures to decrease inorganic work in the farming area and push them towards fabricating/administrations. It is entirely like Mao Zedong’s incredible jump forward, changing an agrarian economy into a modern economy, yet less in its destructive ramifications. India’s share in worldwide exports was static in 2013[2] and the nation’s contribution to the worldwide fare is an immaterial 1.7%.

Improving the work abilities and utilizing more talented workers in industries will make improve quality of merchandise produced at a much lesser expense than the rest of world. This will subsequently expand India’s worldwide dominance in the division. Furthermore, this will help in substituting import costs on imported products with domestic produce. Making this work will have an immense effect on India’s GDP while changing the whole picture of India’s job sector. India’s GDP commitment in Manufacturing (currently at 15%) will expand significantly.

What are the advantages of the industrial sector over the service sector?

The Manufacturing sector has the following advantages over the service sector:

Whether we cherish it or scorn it, the truth is that India is massively dependent on FDI to keep its economy alive. Since, the industrial sector is capital intensive, Make in India will draw in tremendous FDI inflow. FDI inflow will restore the Indian economy.

Any assembling centre needs the supply of parts which is help for SME’s. Make in India will produce roundabout livelihood through SME’s.

Compared to Service sector, the manufacturing sector has an exponential impact on Exports which will help the legislature to wipe off India’s exchange deficit. Decrease in exchange deficit will have an extensively positive effect on the economy of the nation. It will stop depreciation of currency and expand the sovereign rating which will in turn draw in more FDI. FDI inflow is a cyclic chain with gradually expanding positive influences. 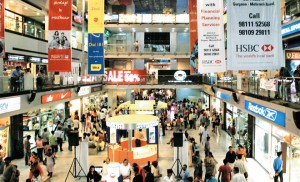 India is one of the biggest consumer markets in the world which can’t be overlooked by existing economies. Any organization putting resources into India under the Make in India venture will directly tap into tremendously large consumer market of 125 crore individuals.

How make in India helps?

The industrial licensing process has become far less complicated and for some areas, there has been an extension in the time period for validity of the license. There is a driving force to create smart cities and industrial corridors. The maximum allowed FDI in the defence sector was raised from 26% to 49%, further enhancing FDI standards in the development segment. Labour intensive industries, such as fabric, calfskin and footwear, pearls and adornments, and sustenance creating businesses, capital products for commercial ventures and little and medium endeavours will be bolstered. Further, National Investment and Manufacturing Zones (NIMZ) will be created. Make in India will further encourage the manufacture of gear/machines/gadgets for controlling contamination, lessening vitality utilization and water preservation.

To summarize, the administration will give stimulate the forces into developing green innovations while in the meantime making it convenient for firms to get natural (area) clearances. Setting up modern zones is a smart idea since it lessens transportation expenses. Additionally, they ought to be situated in a geographical section separate from populated regions. Venture by outside organizations is gainful if they these operations involve the innovation through investigative and administrative joint effort.

Without a doubt, India needs to resuscitate its assembling segment. All locally produced items should be focused on. To accomplish these two objectives, the ‘Make in India’ initiative is vital. As usual, we have to keep a watch on how the system operates. This project is mainly for the enhancement of the supply-side of the economy – enhancing the ability to supply items. Making of physical infrastructure is likely to have a positive effect on the service and industrial sectors.

Problems faced by Make in India 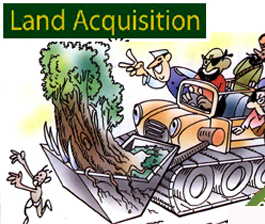 The current laws make acquisition costly as well as tedious. A simplified Land Acquisition policy which would make acquisition much easier along with an attractive R&R package is essential for investment in infrastructure and manufacturing.

India’s labour laws are rigid, an issue that needs to be addressed is. Progressive labour laws would create more job opportunities in the market and would contribute towards the growth of the manufacturing sector.

There is a need for simplification of tax laws and earliest implementation of GST to remove multiple taxations and to rationalize the tax system.

How can the campaign be more effective? 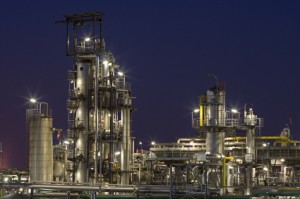 It thus becomes clear that India’s advancement unquestionably lies in the Manufacturing Sector because of different lucrative opportunities in the nation. In the meantime, a few infrastructural changes in the procedural aspects should be made to start the new segment. Existing assembling units and territories ought to be brought under a rundown and arranged to mind their end use. India has the potential of becoming an assembling hub, this being exemplified by Bengaluru’s fast development into the next “Silicon Valley” which used to be a far off dream. India is currently one of the most influential programming markets. Hence, such progressive changes in the infrastructural prerequisites along with an encouraging procedural change would help in the smooth transition of India into a ‘developed’ nation.