In this Blog post, Abhiraj Thakur, a student of NALSAR University delves into the concept of ‘mass torts’ and explains how it is different from ordinary torts. He also deals with some of the issues associated with mass torts.

The types of cases that affect a large number of people were, until recent years, caused by natural reasons, i.e. natural disasters such as earthquakes, hurricanes, tsunamis, etc. These kinds of cases were and are still considered as “Acts of God”, and hence, the victims cannot resort to any legal action. The ambit of such disasters has recently been expanded due to developments through both industrial and technological revolutions in recent years, which consequently has caused a substantive increase in circumstances. These involve dangers that could potentially cause damage, both personally and financially. Even in the late 1800’s, when disasters took place, causing a large number of causalities due to man-made reasons, there was no legal action or legal mechanism to compensate the victims. The issue of compensation for casualties in such kind of tragedies, or “mass disasters” has only recently been addressed. The fact that natural causes were, until recently, the main source for widespread casualties caused difficulty in dealing with issues that were caused by human-induced reasons. Indian courts had been open to the idea of such cases being dealt with, though there is no such concept of mass torts to refer to in such a situation.

Mass torts can be classified into three broad categories, depending on their nature and origin 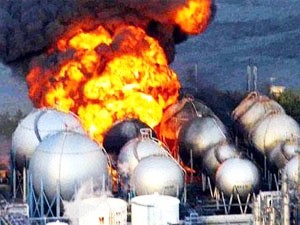 These affect a large number of individuals at once in the form of some disaster or accident, such as an explosion or train accident. Such cases are the simplest to deal with by using the concepts of torts. Causation and negligence are not usually involved. They have the advantage of consolidation, since many related cases have the same facts. The complexity of cases that arise due to conflicting laws of different places is removed as lex loci delicti is the governing law, which only takes into consideration the law of the place where the incident has taken place. The disadvantage seen would be the fact that tort cases are dealt with individually, irrespective of the number of such cases.

These cases affect a large number of individuals over a period of time at different times. They are caused by a single product that slowly affects people, like harmful medicines. Courts find these cases very strenuous as they also involve causation and victim activity, which require individual attention. There is also the problem of possibility of the injury being caused by something other than the alleged cause. Proper trials for such cases would excessively utilize resources of the court system, including human, physical and financial resources and even participants. 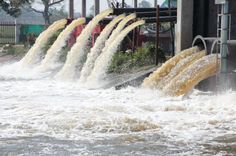 When toxicity causes injury to victims or damage to property within a certain area, it leads to cases of ‘toxic damage’. These types of incidents are related to the area and physical proximity rather than time or the victim’s actions. The last category is the most difficult to deal with in a legal manner, even with the aspects of torts. These require procedural necessities such as proof of causation, which cannot just be supported by probability and epidemiological proof. The fact that “background risk” also comes into the picture while dealing with area-related incidents greatly impacts the procedure of the court. Here, the basis of liability, unlike strict liability in the other cases, is important[1].

Multiple-cause calamities pose even more ambiguous problems, as they require a single cause to be picked out and a large number of injuries linked to the same. Such a requirement is problematic as the cause cannot be identified easily with relation to the injuries resulting from the incident beyond doubt.

How are mass torts different from ordinary torts?

The way in which substantive law in mass torts works is quite different from normal cases, as it has to deal with the concepts of torts on a extensively larger level. Whether dealing with liability, compensation methods or government action, tort cases of this size pose problems pertaining to their magnitude. Compensation methods such as insurance would be beyond the capacity of insurance companies, as they are meant for individual cases. On the other hand, the defendant i.e. industries, if guilty, would bear a heavy economic loss when compensating to such an extent. Hence, it requires government and/or judicial interference to find the most reasonable solution keeping in mind the most suitable and feasible compensation for the victim along with defendant’s capability and minimization of loss so as to not jeopardize the future of the industry. Such means of government interference and implementation include use of public funds to compensate, in addition to industry’s money. Limits are set with regards to the amount of money that can be demanded from the defendant alone. The defendant is in some cases is absolved from liability due to unreasonably high amount of compensation that cannot be borne by them. If defendants still end up with the burden of payment beyond their financial capacity, they may file for bankruptcy and pay with all the money they have. Any money earned afterwards would not be eligible for compensation in the case. Strict liability, in certain situations, does not require any proof or inquiry into the causation. This avoids unnecessary wastage of time, effort and money, while increasing the efficiency of courts. The problem of ambiguity of law which is applicable poses a great difficulty to courts in cases of mass accidents. Different laws can be in favor of different sides of the case, and different courts may have different ways of dealing with such cases.

Causation in Mass Torts: A requisite for Compensation

Causation is as important in mass torts as it is in torts, though there may be procedural differences for identifying a single actor, especially in case of large incidents where it is highly possible that more than one factor plays a role. This factor of multiple causes and uncertainty mainly creates a problem known as indeterminate defendant for ‘creeping disasters’ and indeterminate plaintiff for ‘toxic damage’.[2]

This is the problem that arises with the second type of torts, i.e., ‘creeping disasters’ that take place over a period of time. In such cases, it is difficult to identify a specific party that caused injury. There is a possibility of different factors leading to the injury for different victims.[1] It is problematic when it comes down to proof and liability, and whether a defendant was the one and only cause for the injury. If two defendants share equal responsibility, their compensation payment will also be of equal proportion.

In the third scenario, i.e., ‘Toxic Damage’, the determination of the plaintiff is difficult because such cases involve victims injured by slow processes over a period of time. This makes victim determination problematic determine as there are other factors that have a role in the incident. The main reason for indeterminacy is that identifying all the victims who were affected by the particular incident, with evidence for their claims, is highly impractical in case of widespread injuries due to adverse side effects resulting from toxic pollution resulting from the negligence on the part of industries. This injury covers people of a small geographic area, and is tested based on their proximity to the polluted area, which is generally not adequate to prove the case. In cases of drug-related injuries, which are caused due to the manufacturing defects of the negligent companies, it is difficult to confidently determine the victims based solely on their claims, as there are other factors and risks that need to be individually taken into consideration. Testing for these at an individual level for such a large group of people is also impractical, as in the toxic pollution case. Planning procedural facilities and usage of resources of the judiciary is an issue that is needs to be dispensed with through careful thought and planning, using different suitable methods to expertly work with regard to both sides.

Mass litigation differs from and even poses a challenge towards the working of individual resolution in torts. Such necessities in tort cases, like careful evaluation of facts at individual level, a lawyer handling a single client’s case, and a passive role by judge are not present in mass tort cases. The fact that there are a number of claimants causes many assumptions and necessities in different manners and calls for modifications of ordinary procedure. The Indian judicial system has been, to a large extent, accepting of such cases, and because of its scope for justice in mass torts, it has been challenging and modifying the system for the better.