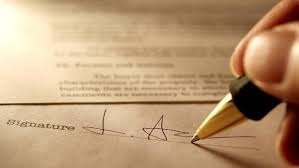 This article is written by Sanjay Kumar Jha, pursuing Diploma in Entrepreneurship Administrative and Business Law from NUJS, Kolkata.

What is Non Solicit Clause?

A Non-Solicit Clause in the employment agreement is a clause in which an employee agrees not to solicit a company’s clients or customers for his or her own benefit or for the benefit of a competitor after leaving the company.

How does a Non Solicit clause affect the Employees

Often a non solicitation agreement is part of a larger document, such as employment contract, a non compete agreement or a non disclosure agreement. Such agreements are especially common in service or sales businesses, particularly when the customer pool is limited. Non soliciting clauses are restrictive covenants in contracts.

The companies assert that such restrictions are necessary to protect their proprietary rights and their confidential information. In today’s business scenario of high rivalry and option for quick switch over of employees, numerous employees resort to restrictive covenants to ensure themselves against the competition. A non solicitation clause is meant to put a restriction on an employee of a company or a customer during and post termination of contract.

The enforceability of non solicitation clauses in India is very subjective. Indian Courts have consistently refused to enforce post termination non compete clauses in employment agreement. These clauses imply a “restraint of trade” which is clearly barred under Indian Contract Act. They are also seen as being against public policy because of their potential to deprive an individual of his or her fundamental rights to earn livelihood. The general trend in Judiciary is that the clauses operating during employment are valid and those operating post employment are invalid. The enforceability of said clause depends of the facts and circumstances of each case individually. However, it is a fact that sometimes non solicitation clause in employment contract can be so big and all encompassing that even the best legal minds may get confused.

Section 27 of Indian Contract Act makes void all contracts that impose restraint of Trade. The provision is as follows:-

“Every agreement by which anyone is restrained from exercising a Lawful profession, trade or business of any kind, is to that extent void”

The only exception that is permitted to the above is when goodwill of a business is sold.

Article 19.1 (g) of Indian Constitution guarantees that all Citizen shall have the right

“To practice any profession or to carry on any occupation, trade or business.”

However, the right to carry on a profession, trade or business is not unqualified. It can be restricted and regulated by the authorities of Law. The restrictions have to be reasonable and in public interest.

Moreover, it is also to be kept in mind that fundamental rights are available only against the State or in other words Government or Government undertakings. Fundamental rights have almost no scope when the relationship is between a private employer and individual employees.

According to Section 3 (1) of Competition Act

“No Enterprise or Association of the Enterprises shall enter into any agreement in respect of Production, Supply, Distribution, Storage, Acquisition or Control of goods or provision of services, which causes or is likely to cause an appreciable adverse effect on the competition within India.”

“Any agreement entered into in contravention of the provisions contained in sub section (1) shall be void.”

Hence, the agreements which cause or are likely to cause appreciable adverse effect on competition in markets in India are anti competitive and are void.

In order to meet the non soliciting clauses legally enforceable, the agreement must meet following requirement:-

Further in the competitive scenario customers have choice and all the rights available to them for a better option depending on his relationship and terms of business with the suppliers, either existing or fresh.

Care to be exercise while signing non soliciting agreement.

When someone joins a Company as an employee, one is asked to sign a contract by the employer. As one reads through it, one notices a set of clauses such as Non Disclosure, Non compete etc. These are what can be called as restrictive clauses. Some restrictive clauses are against law and some are legally valid and binding. It is important for employees, even the ones without any knowledge of law, to understand the legal position regarding such clauses.

Whenever, an employer asks an employee to sign a non solicitation agreement, it should be read and understood carefully and fully. If the clause is very stringent and limits the option of an employee when he/she leaves the job, it is better to understand its legal

implication. The rules and Laws in the area are changing all the time. The rules are set by State Statutes and Court decisions. Legal issues must be understood before signing the contract. Employers tend to find all sorts of ways restricting employees’ activities after they leave the job. This may even harm the future career opportunities of an employee leaving a Company. A non solicit clause limits the prospect what an employee can do in future employment. These clauses are enforceable in a way that one is not conversant fully what is permitted and what is not permitted in the chosen profession.

The signing of employment contract at the time of starting a new job must be done carefully. Phrases like “non solicit” or “non compete” may look like standard legal jargon, but these clauses can restrict the condition of where and with whom one can work in next position. This prohibits employees from working for a competitor for certain length of time or in certain geographical area after leaving their current job. The company wants it to be as long and broad as possible and the employee wants it to be as short and narrow as possible. Hence, it must be negotiated to give oneself more potential for job mobility and prevent from trying to sign a new contract. On the other hand, such agreements restrict employees from poaching former co-workers or clients from their previous jobs after transferring companies.